The Toledo Walleye will be among the teams that will begin their season in January and play a shortened, 62-game season. 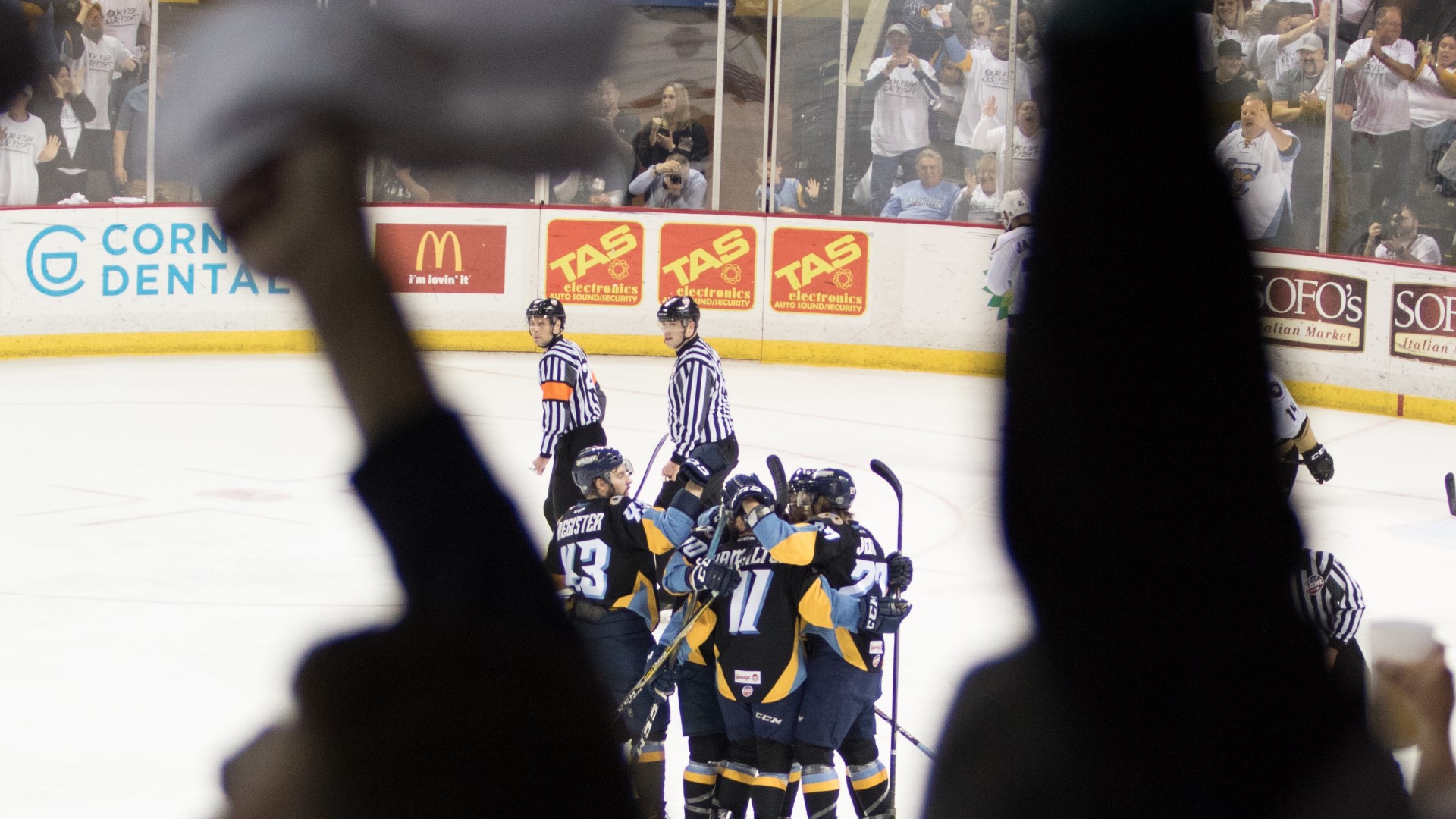 TOLEDO, Ohio — The ECHL and the Professional Hockey Players' Association announced the 2020-21 hockey season will start on Dec. 11.

The season will start under a split-season format, which means not every team will begin their season on Dec. 11.

The ECHL is delaying the season for the Toledo Walleye until January 15 & they will play a 62-game schedule. (Some teams will start Dec. 11)

Winterfest, scheduled to be played at Fifth Third Field, has been moved to 2021.

The teams that get a 72-game season and will start on Dec. 11 are Allen, Florida, Greenville, Indy, Jacksonville, Kansas City, Orlando, Rapid City, South Carolina, Tulsa, Utah, Wheeling and Wichita.

The rest of the teams, including the Walleye, will start their 62-game season in Jan. 15 upon jurisdictional approval.

In light of this announcement, the Toledo Walleye have rescheduled Winterfest from Dec. 2020 to Dec. 2021.

“This is not an announcement we wanted to make, and we waited as long as we could to make it,” said Toledo Walleye President and CEO Joe Napoli. “With the new anticipated split-season and the Walleye opting to begin in January, our entire focus is to safely get hockey back into the Huntington Center. We continue to work with the Lucas-County Health Department and the State of Ohio to get clearance and a better understanding of seating capacities for both the upcoming Walleye and Mud Hens season.”

Winterfest 2020 was originally scheduled to run from Dec. 17 to Jan. 3 and feature two outdoor Walleye games at Fifth Third Field.

Walleye officials say the specific dates for Winterfest 2021 will be announced at a later time.

The ECHL regular season will conclude on June 6, 2021. A schedule for games from Dec. 11 to Jan. 14 will be announced in the near future.

It is unclear at this time if fans will be allowed to attend the games.

One team, the Atlanta Gladiators, have elected to take a voluntary suspension for the upcoming season due to COVID-19 restrictions; the Gladiators will return to play for the 2021-22 season and all players will immediately become free agents.