The child apparently went to sleep, and when he woke up he realized he was left behind by the group he was traveling with. 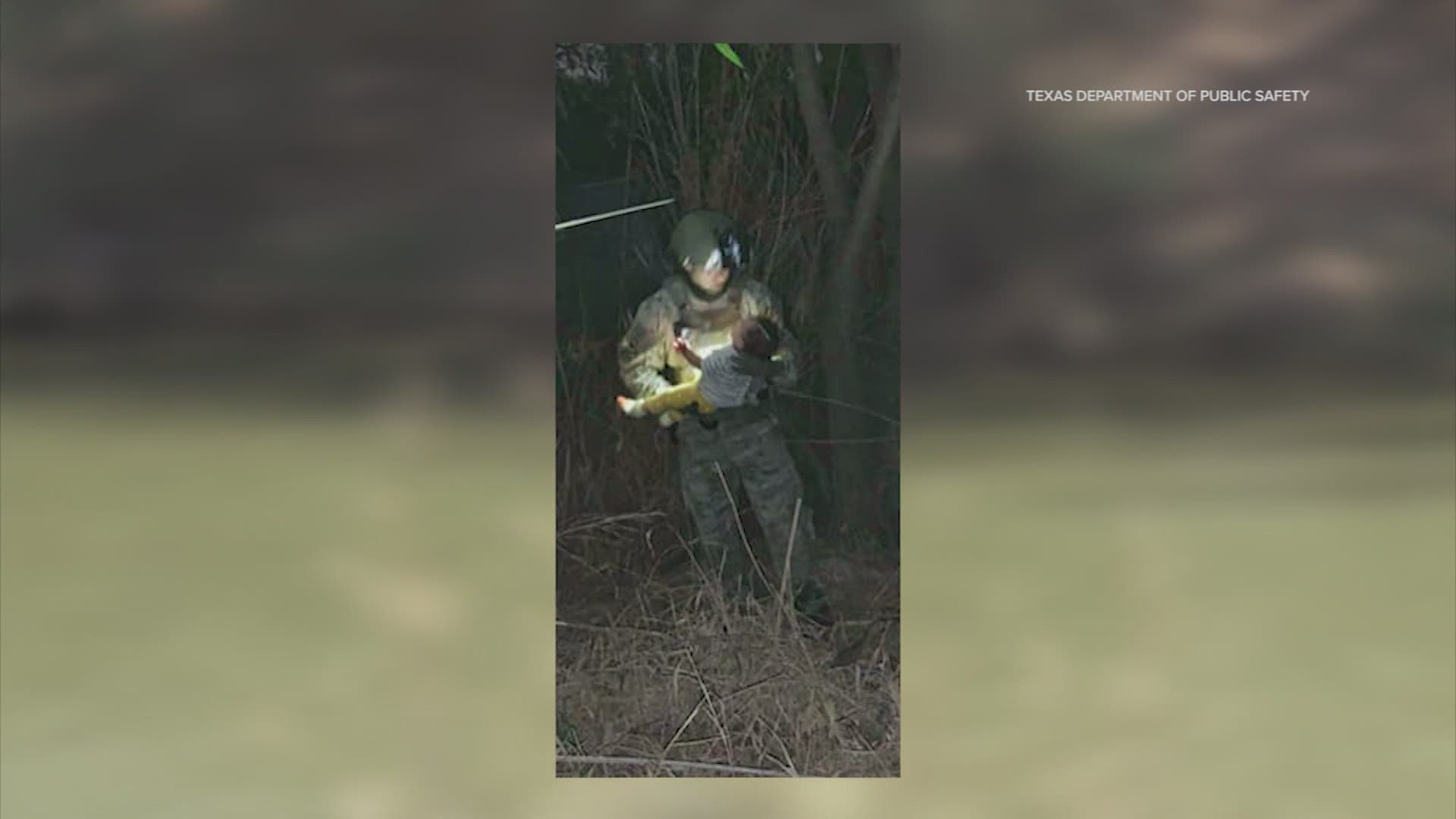 Note: the video above is from an April 1st broadcast about "Operation Lonestar" underway at the border

The video of the child was recorded the morning of April 1, according to border officials.

The child apparently went to sleep, and when he woke up he realized he was left behind by the group of immigrants he was traveling with.

A border agent took the child to a U.S. facility where he was fed and looked over.

Like other unaccompanied children who arrive at the U.S. border, he is being transferred to the U.S. Department of Health and Human Services, Office of Refugee Resettlement.

Last month, another video from the border showed suspected human smugglers dropping two young girls from atop a 14-foot fence into the U.S. before leaving them.

The U.S. Customs and Border Patrol also posted that video online, showing the two Ecuadoran girls – ages 3 and 5 – being dropped on the U.S. side of the border in New Mexico, then left alone in the desert, miles from the nearest home, according to border agents.

The camera operator noticed the two girls and sent help for them. They were taken to a nearby hospital for observation.