Tenants at a Toledo mobile home park haven't had running water for almost two months. Now, they're learning the park will shut down and they have to leave. 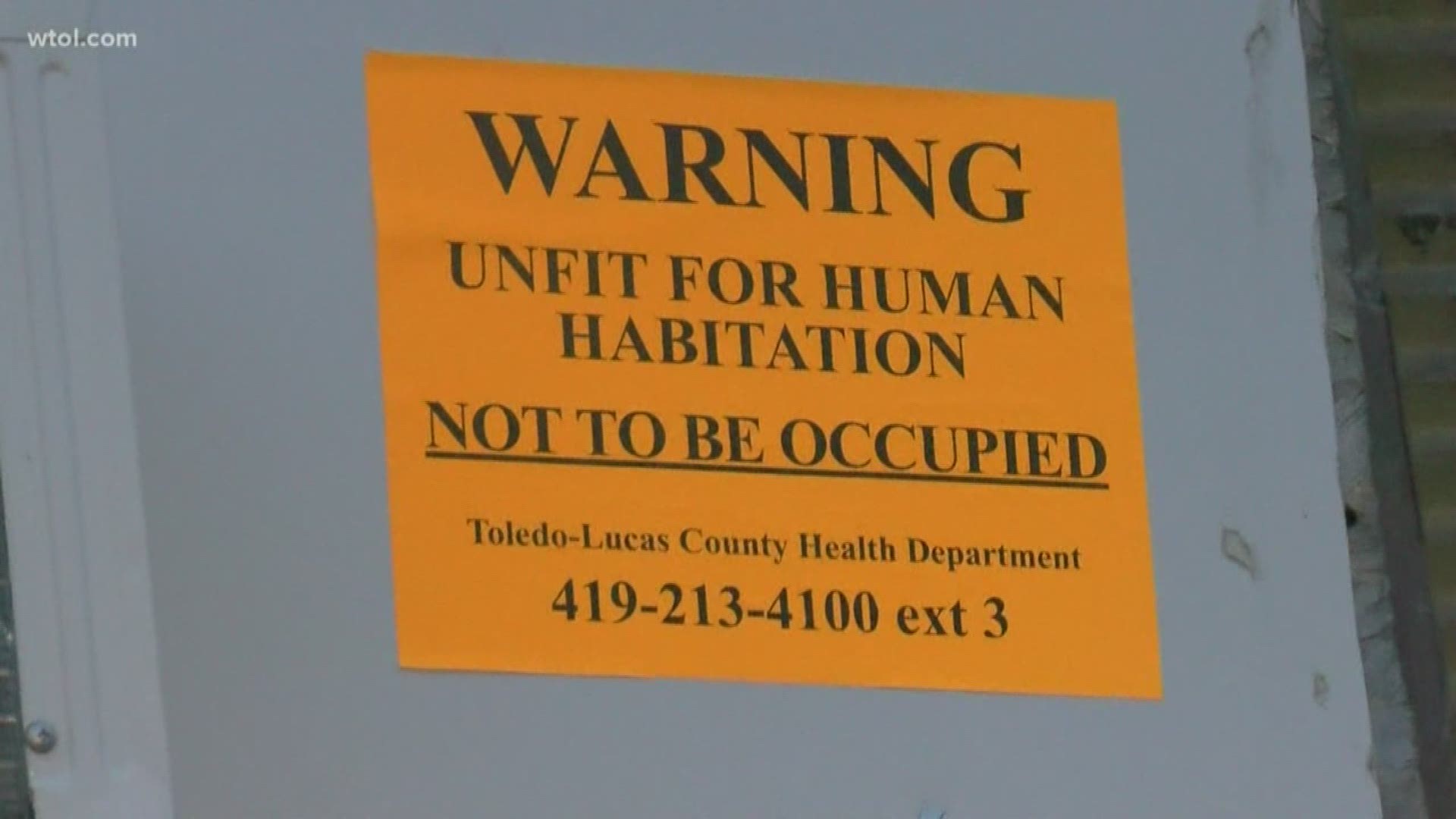 TOLEDO, Ohio — Nearly two months without water — that's what six tenants at the Buckland Stalter Trailer Park have been facing. They're now learning the park will soon be shut down, forcing them out.

Back on Jan. 3, the landlords of the park were told to provide running water since residents were out of it for 72 hours. Tenants say the water had been shut off for longer than that.

Residents are still relying on a neighborhood gas station to fill up five-gallon buckets with water to flush toilets.

"We had to spend Christmas and New Year's without water. We couldn't have a dinner," tenant Shawna Kimdell said.

Cooking and cleaning have also been difficult, causing them to have to eat out more. Kimdell's mom down the street shares the same story.

"If I get a shower, I go over to my sister's house and I shower, which is 30 minutes away, which takes gas money, which I can not afford," Cynthia Dydek said.

Outside, white pipes are above the ground from when one of the landlords was trying to fix the problem, but they say the fixing has stopped.

They got a letter saying they have to get out by Feb. 9.

WTOL reached out to one of the landlords who said as far as he is concerned, the issue has been resolved with the decision to close the park.

"It's like it's just being ripped from my hands," Dydek said.

The tenants own the trailers and are just renting the lot with utilities.

Tenant Rick Kaltenbach says they haven't paid the rent for their lot for two months because they've been using that money to purchase water and food, and they don't know where to go.

"Fifty to 100 dollars more a week, I mean, it's expensive to eat out than it is to just have a nice clean kitchen and cook your meal," Kaltenbach said.

In the beginning, they had hoped the problem would be fixed but that hope is long gone.

"We need either to have our trailers moved out of here or have somebody come in and fix what needs to be fixed. We need a lot of help here," Dydek said.

The health department has filed a case against the landlord with a court date set for Feb. 19.

None of the tenants WTOL spoke to have an idea of where or how they will be able to move by Feb. 9.