T-Town to Tinsel town and back: Designer for 'A-list' celebrities opening a storefront here at home

Midwest Kids headquarters are coming to Toledo with a retail space opening soon and an Adidas shoe launch coming in the fall. 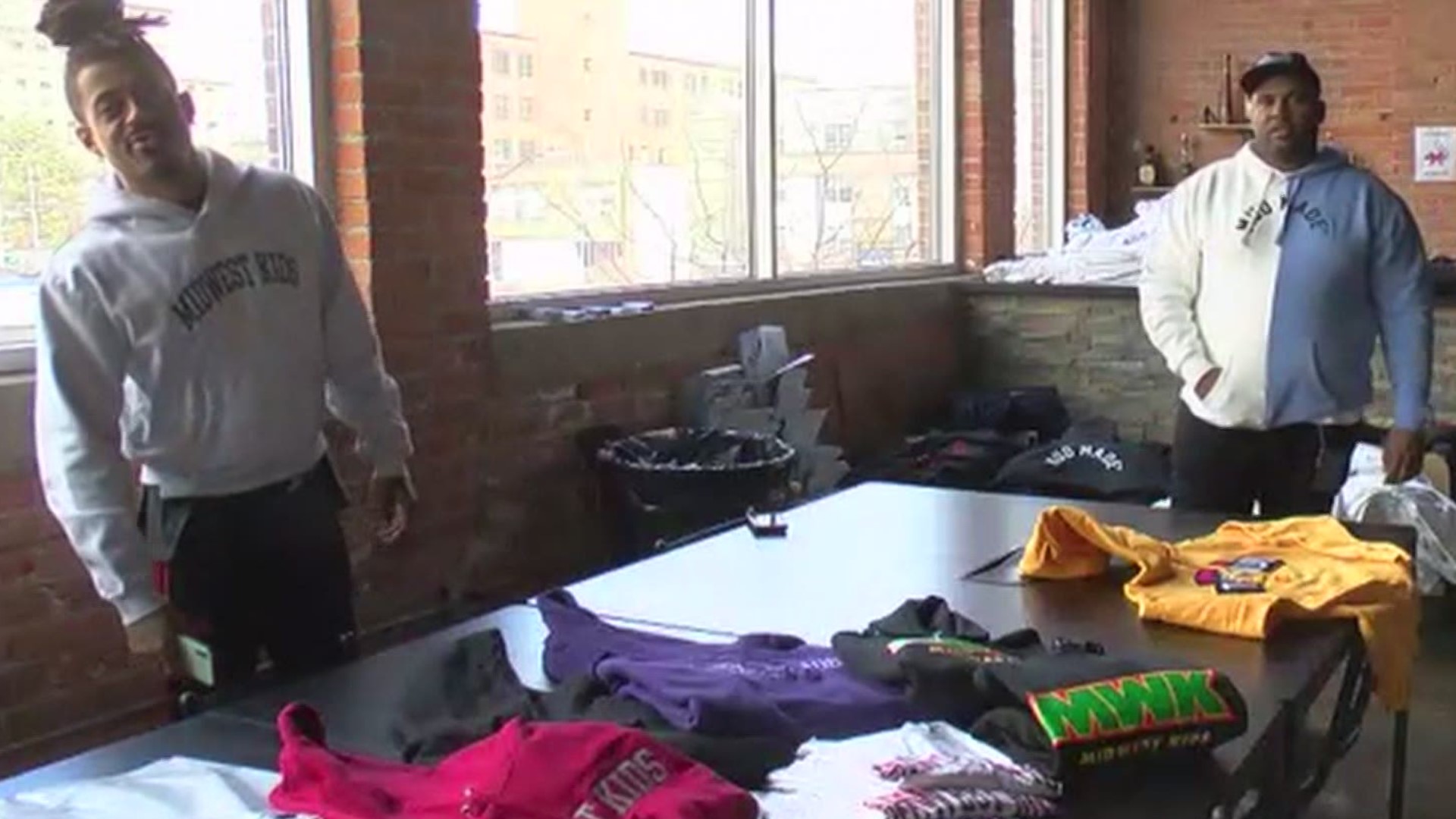 TOLEDO, Ohio — Forget fashion trends starting on the West Coast. Toledo has it made when it comes to making waves.

A Rogers High School graduate is home after years designing in New York and Los Angeles.

From humble beginnings, Brown wasn't sure what he wanted to do with his life after school.

He tried out a few different industrial jobs and eventually became a stylist for local rappers, then a designer for celebrities like Kanye West, Machine Gun Kelly and LeBron James.

"It'll be cool to come home and build a base and set up a real situation," Brown said.

He and his business partner now have 10,000 square feet in downtown Toledo. It's still under construction, but will be the headquarters and a storefront for their brand, Midwest Kids.

"We work with all types of creatives, from graphic designers to photographers etc. etc. with our company, and why not hire people right from the city?" Brown said.

With three fashion lines between the two men from Toledo, they're also working on a shoe launch with Adidas in October.

Brown says it's proof you can follow your passions and find success.

"The journey makes the story better because I didn't know that I was going to be a designer or have my own clothing brand or do the things I did," Brown said. "I just had a feeling of passion."

He's hoping to help mentor the next generation of Toledo creatives.