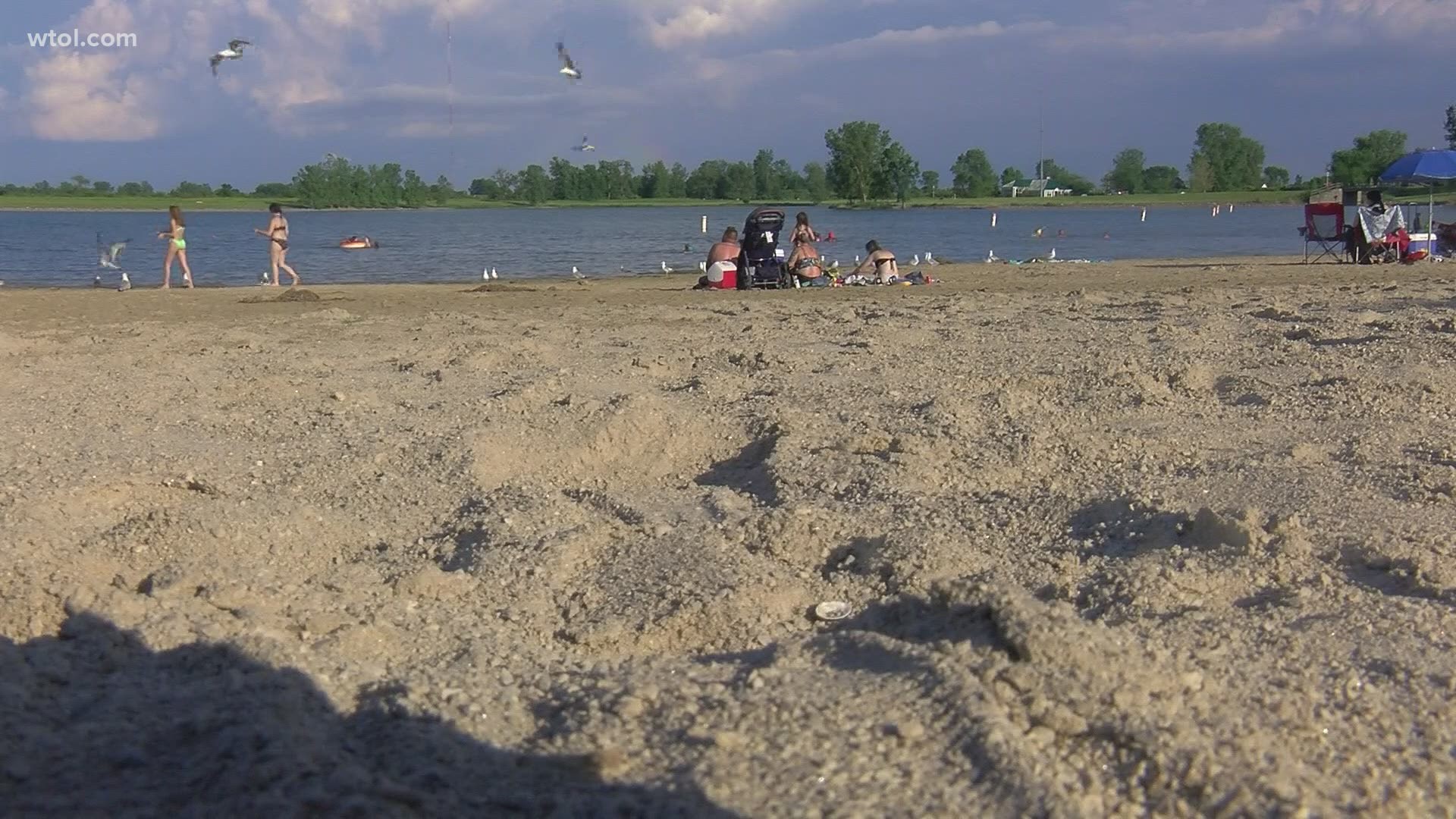 OREGON, Ohio — Families were back out at the beaches at Maumee Bay State Park Wednesday after the state issued a bacteria warning Monday.

The swimming advisory applied to the Lake Erie beach and not the inland beach. Test samples showed a bacteria spike on Monday. But as of early Wednesday, the Ohio Department of Health announced the threat had subsided.

"Sadly, there's been really no progress," she said.

She believes more attention needs to be given to preventing more damage to Lake Erie. So swimming warnings like the one at Maumee Bay earlier this week don't surprise her.

She stressed agricultural runoff continues to be the cause. The use of fertilizer containing phosphorus has dropped but she says farmers are using more manure instead.

"You know regulate the CAFOs (concentrated animal feeding operations)," she said. "Reduce, you know make the rules for manure the same as for fertilizer in terms of phosphorus. They're allowed to put down around four times more than they need."

The warning only applied to the coastal beach this time. But Matthew Beeler of Oregon was at the inland beach with his family Wednesday and he says it's becoming far too frequent. Coming from a family of farmers, he thinks everyone has to step up more.

Beeler says the 2014 water crisis taught us the lake is fragile. And it's an issue that can affect all of us.

"Ecological systems are not the most robust," he added. "They can take care of themselves to a point but we have to make sure we're monitoring it and we're taking care of it."

Bihn says the forecast for algae blooms this year is moderate and she hopes it stays that way.