Even though it rained on their parade, the surprise didn't mean any less. 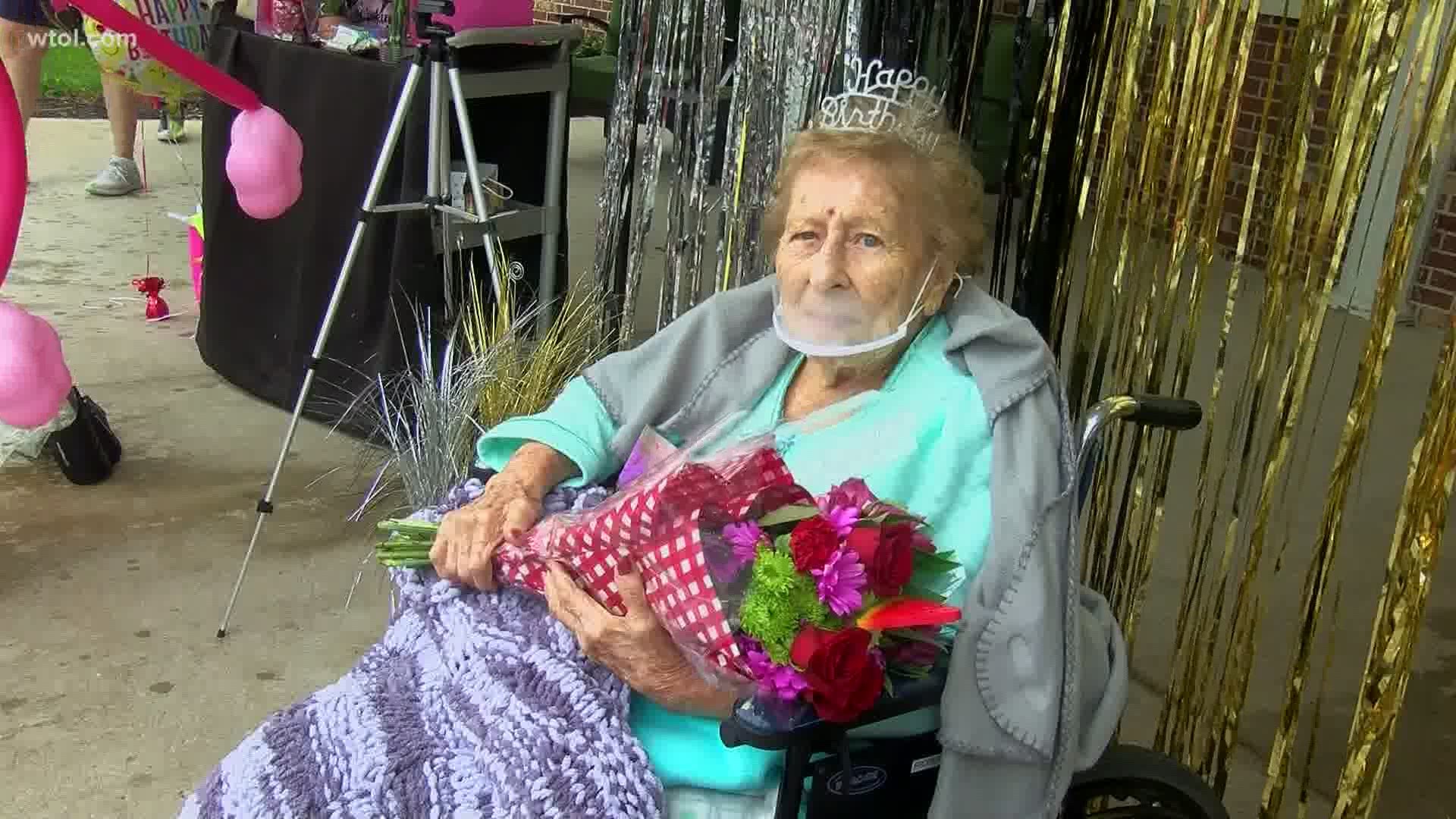 Let's head back in time. The year is 1913. The United States of America has been an independent country for just 137 years. Woodrow Wilson is in his first year as President.  The first World War is still one year away. And a mother gave birth to a baby girl who would go on to see more than a century of history unfold before her eyes, 107 years (and counting).

Mary Eleanor Ronez, who goes by Eleanor,  was born on August 3rd, 1913. In 107 years, she's lived through two world wars, the Great Depression, and has quite the family. And on Saturday, they all came together with people in the community to throw her a surprise parade at the Heritage in Findlay.

"The car parade came to my mind and so I called my daughter that night and I asked if she would help me," said granddaughter Valerie Mannor. "We just tried to contact everyone that we could contact to make it special for her. How else are you gonna do it when you can't visit?”

Even though it rained on their parade, the surprise didn't mean any less.

"No, I didn't think anything was gonna happen like this. My goodness! I just thought they would have a cake for me,” said Eleanor.

A few of her 149 grandchildren drove by to wish her a happy birthday. Some dropped off gifts and others brought her favorite treat - chocolate!

"Ohhhh I love that!” exclaimed Eleanor.

The special treat of chocolate is the trick for long life, said Eleanor. She even shared some of her century of wisdom and advice with the younger generation.

"Just live, and enjoy your life. You're not gonna get another one,” she said.

Eleanor's family members say they're already counting down to 108 next year, but they admit they have set the bar high this year.