A Woodville woman is suing the city for not following a state law that says her red-light camera violation must be handled by the local municpal court. 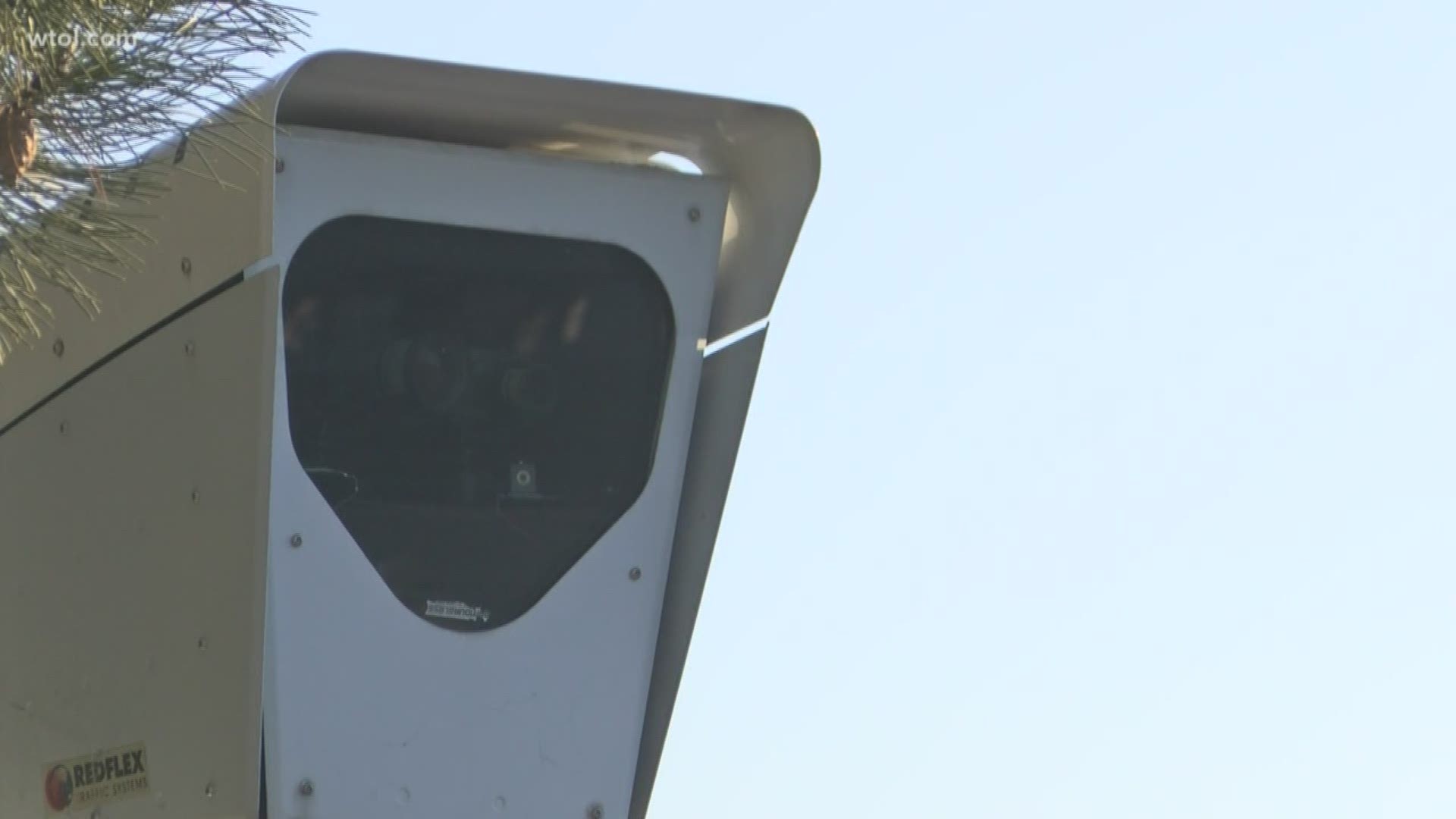 TOLEDO, Ohio — Toledo's red light and speed camera program is facing another roadblock, but this time, it's coming from a motorist.

Susan Magsig of Woodville, Ohio, has taken her case to the Ohio Supreme Court. And her attorney believes the outcome could impact the future of these programs across the state.

Back in August, Magsig received a $120 fine in the mail for an alleged speeding violation from an automated speed camera near Toledo Promedica hospital. She had a choice of either paying it or appealing it using a process she argues is now unlawful.

“She’s presumptuously guilty," Magsig's attorney Andrew Mayle said, "but if she wants to appeal, she can appeal not to the municipal court but to the city’s so-called hearing officer, which is merely a non-judge, who is selected by the city.”

Magsig had that administrative hearing set for November 19, but the Ohio Supreme Court suspended it by granting her a writ of prohibition.

“A writ of prohibition is a means to stop a non-judge from exercising judicial power," Mayle noted.

Back in 2014, the Supreme Court ruled in Walker v. Toledo that the city’s use of these administrative hearings is constitutional and they have jurisdiction. But Mayle said the addition of one word to a new law that went into effect July 3 as part of the state transportation budget changes that jurisdiction to municipal courts.

“To insert the word 'exclusive' to make it clear," he said, "that anyone cited by one of the states' cities for breaking the law is entitled to their day in court.”

WTOL reached out to the city of Toledo and Toledo Police Department for comment but they did not reply.

The city tried to have the case dismissed last month on the grounds of an injunction it has against the state in a separate case. But that motion was denied.

Mayle said Toledo is not only breaking the law passed by the legislature but also ignoring the supreme court ‘s order.

“I think Toledo has shown extreme hubris after the alternative writ issued in this case from the supreme court of Ohio," he said, "it is still issuing tickets to other people.”

While the city contends the program is about public safety and opponents scream it’s a money-grab, Mayle said their case is just about following the law as it is written now.

“We’re not against traffic safety," he added, "we’re just saying that if you think one of your citizens or a visitor to the city broke the law then you go to the local municipal court and you prove that case."

Mayle added that the supreme court cannot change a law passed by the General Assembly and if the city has a problem with the law, it should be pushing for legislative change, not judicial review.

The city has to submit its briefs by December 23 and Mayle's response is due by New Year's Eve. He said a decision is expected next month.

RELATED: Only On 11: New device allows TPD to issue speeding tickets without pulling drivers over