50 posters of influential Black Americans who shaped our nation's history are displayed in the halls of Bedford High School - a display that marks a first at BHS. 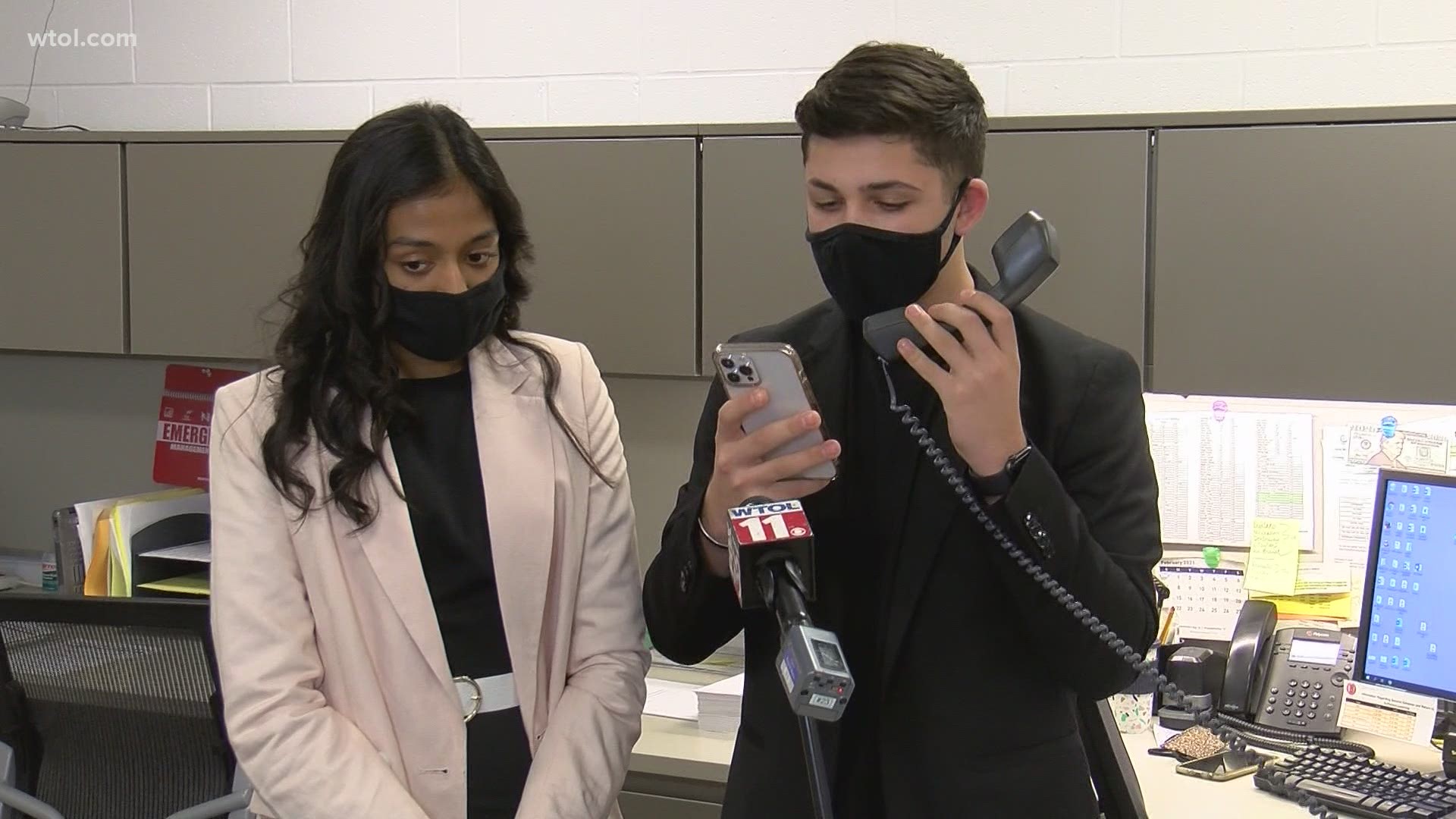 BEDFORD, Mich. — February is Black History Month and each year, many in our community honor African American legends.

Two students at Bedford High School created a visual project to make sure their peers are aware of the accomplishments of Black Americans throughout history.

Ilana Ravindra and Hussein Jomaa are president and vice president of the sophomore student council at Bedford High School. As student leaders of their class, they both have a common goal.

"We wanted to step up and be the change, as Gandhi once said, be the change that you see in the world and we just wanna follow that and make a change," said Jomaa.

They decided to make changes within their school. In honor of Black History Month, they made over 50 posters of influential Black Americans who changed our history and displayed them throughout the halls - something that's never been done in Bedford High school.

"I walked in and I was like, oh, what's this? And then when I started reading them, it clicked. It was like, oh, this is our celebration for Black History Month. Now, I did see llana and Hussein hanging up the posters, but when you see them in you're like oh!" added Christy Avalos, activities director at BHS.

They didn't stop there. Three days a week, the students will say a quote during the morning announcements from an African American legend to start off the school day.

"We both say a small paragraph in the announcements and we just ended every single paragraph with a quote by them," said Jomaa.

"I think it's really important, too, so the students can hear it in the morning after the pledge, they'll just hear it and know who African Americans are," added Ravindra.

Their efforts to honor Black History Month didn't go unnoticed -  Bedford's school board reached out to the students and asked them to make a video to spread further awareness.

"This is a display for the whole community, not just students. We're telling the whole of Bedford and it's posted on YouTube so everyone else can see this too," said Ravindra.

"Any opportunity that they see is a need in their community, they're real quick to hop on into it," added Kevin Weber, the principal of Bedford high school

Teachers and staff here say they are truly an inspiration and the community can all learn a thing or two from their efforts.

"They had an idea and they looked within themselves supposed to looking for of us to do some thing," said Weber.

"Things that they do create a ripple effect and it inspires and it motivates staff, students in the community to push forward and do more," added Avalos.

Llana and Hussein are thinking of more ways to honor others in our community, like starting a diversity club and ways to celebrate women's history next month.