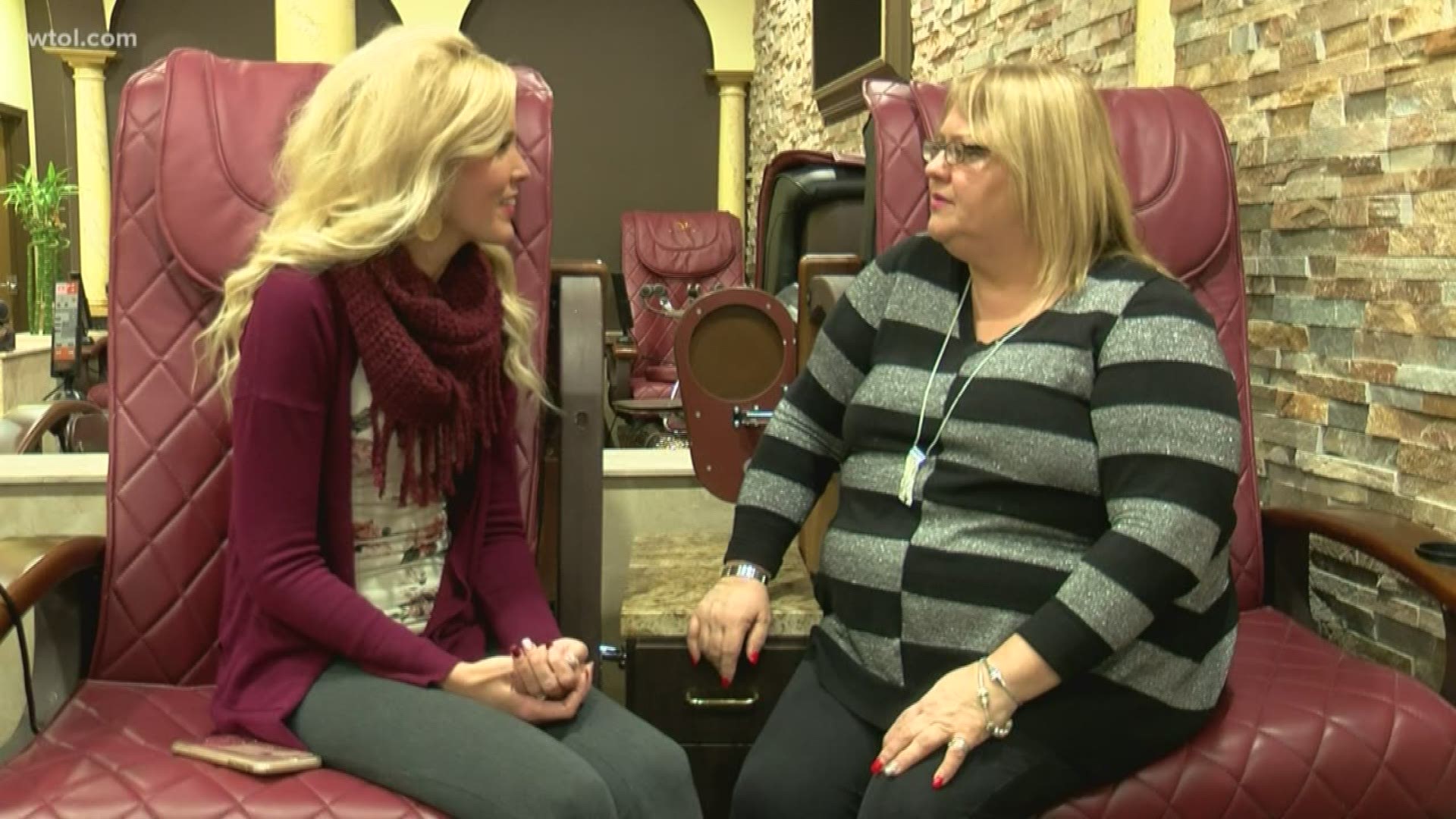 PERRYSBURG, Ohio — Giving is the theme of the holiday season, and one veterans group received quite a gift.

On November 23, the group hosted over a dozen members for a spa day at Venetian Nail Spa at Levis Commons. Mandi Palmer and Veronica Burke said these days help the caregivers to unwind.

"Helping the caregivers, you're helping refresh the caregivers," Burke said, "so they can go home and be refreshed for their veteran because it is a 24-hour job."

Both Palmer and Burke know first-hand the difficult job of caring for their family veterans.

"My husband is going through it," Palmer said. "He is 34 years old and he never fully came back from Afghanistan."

"When they come home, they're not...it wasn't my son," Burke added. "It was a wounded soldier."

During the day out at the spa, a stranger was listening to the group and surprised them.

"She overheard us talking about our wounded warriors and the organization went to go take care of the bill that day and they told us that this angel had already picked up our tab," Palmer said.

The group later found out the kind stranger followed them down to a local restaurant and paid for their meal as well. In total, the bill at both places was over $1,000.

"It was like, 'oh my gosh.' We were just in tears," Palmer and Burke said.

Palmer said when she told her husband and shared the story on social media, it brought a smile to his face.

"I think it gave him hope that we live in a community that doesn't only back him, but backs me taking care of him and being his caregiver," she said.

Members of the group said they will never forget this unknown angel's act. Because of her generosity, the money set aside for that day can go toward another group event to benefit caregivers and veterans.

Burke and Palmer believe this selfless act shows the real reason for the holiday season.