Ohio Means Jobs pushes to get unemployed veterans back to work

More than 80,000 positions are open on the site right now, as well as training incentives for people changing careers 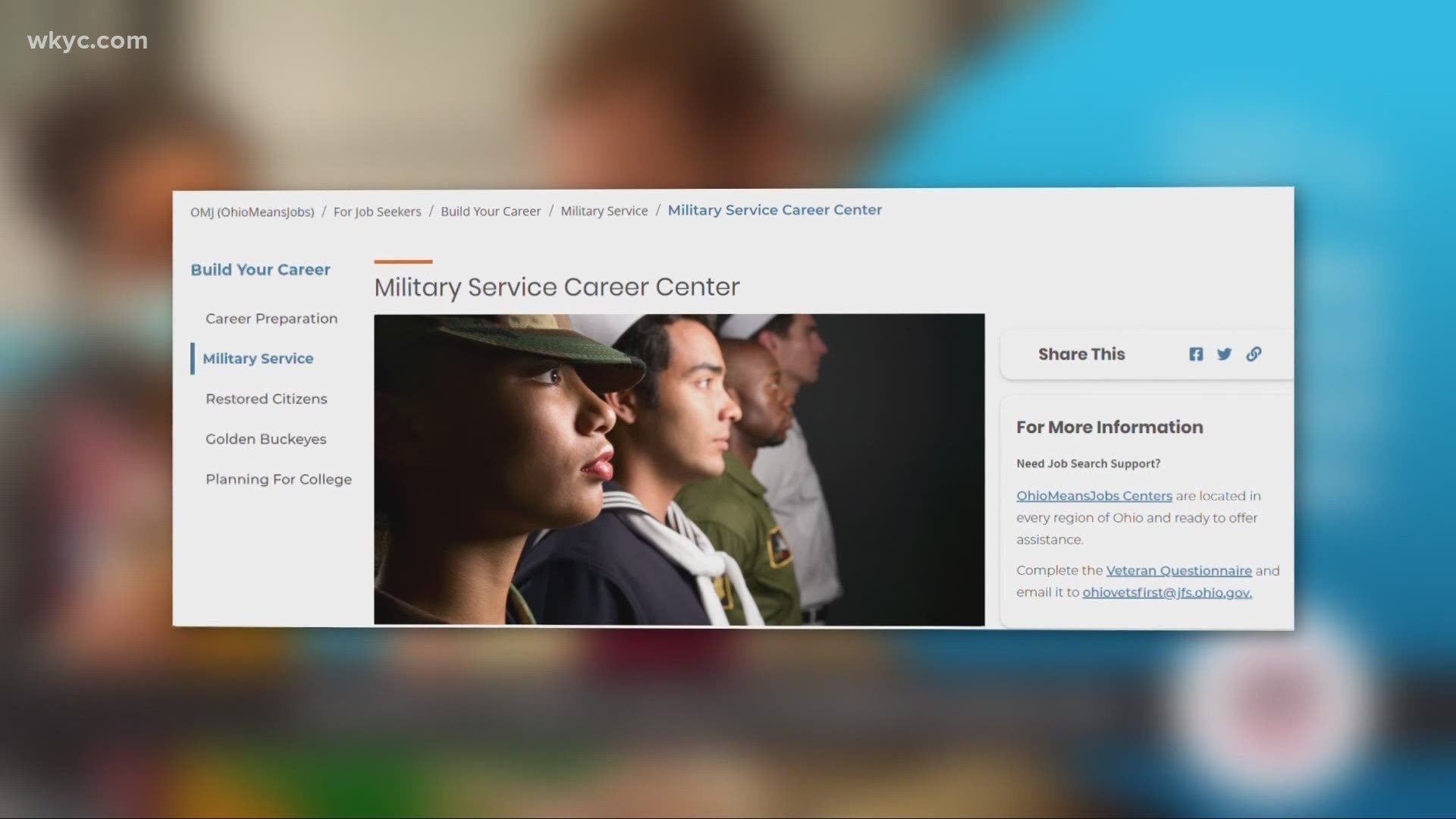 CLEVELAND — The latest round of stimulus checks and added unemployment benefits are certainly a boost to those who've been out of work. But Ohio is trying to make it as easy as possible for residents to get back to work with the state's new jobs site, and its push to help unemployed veterans.

After 14 years in the Army, service is second nature for Sgt. Brandon Robinson.

"I voluntarily took the lay off due to the fact that I was the only one that had another source of some income."

Robinson was receiving veteran benefits while still working as a truck maintenance supervisor. Then the pandemic hit and he became just another number.

"I was starting to panic because, you know, I was applying to jobs, and I wasn't getting any hits, very few calls or emails."

But that all changed when he went to Ohio Means Jobs, the state's new program for job seekers, which has services specifically for veterans.

The job portal has 6,000 employers looking just for them, and counselors to get them ready to connect.

"Because us veterans, you know, we don't always see things the same and we don't really know how to take what we have learned and transition it over to civilian world," Robinson said.

The program helped him create a resume, even practice interviewing skills. Services that are also available to the civilian population, through virtual workshops and online classes.

RELATED: Searching for a new job? It's more about mindset than resumes

The program also pays training costs for certain jobs to help people transition, like those in the leisure and hospitality industries, who've been hardest hit.

"You want to learn a skill, we'll pay up to $3,000 for you to go to a designated training provider," Husted said. "Those are the [jobs] that we absolutely know that we're having challenges, finding enough people with those skills."

Since employers are also having a hard time filling jobs ion manufacturing, logistics and tech, the program's also offering to pay them $2,000 to train potential employees or upskill existing ones.

After about two months, Robinson found another job in truck maintenance for $35 an hour. The agency also helped him find benefits for veterans that he never knew existed.

"It was a resource," Robinson said. "I don't think I'd be where I'm at right now without it."

Editors Note: The video in the player below originally aired on March 10, 2021.