Rebecca Basil is believed to be with a male and female and may be headed to Spokane. 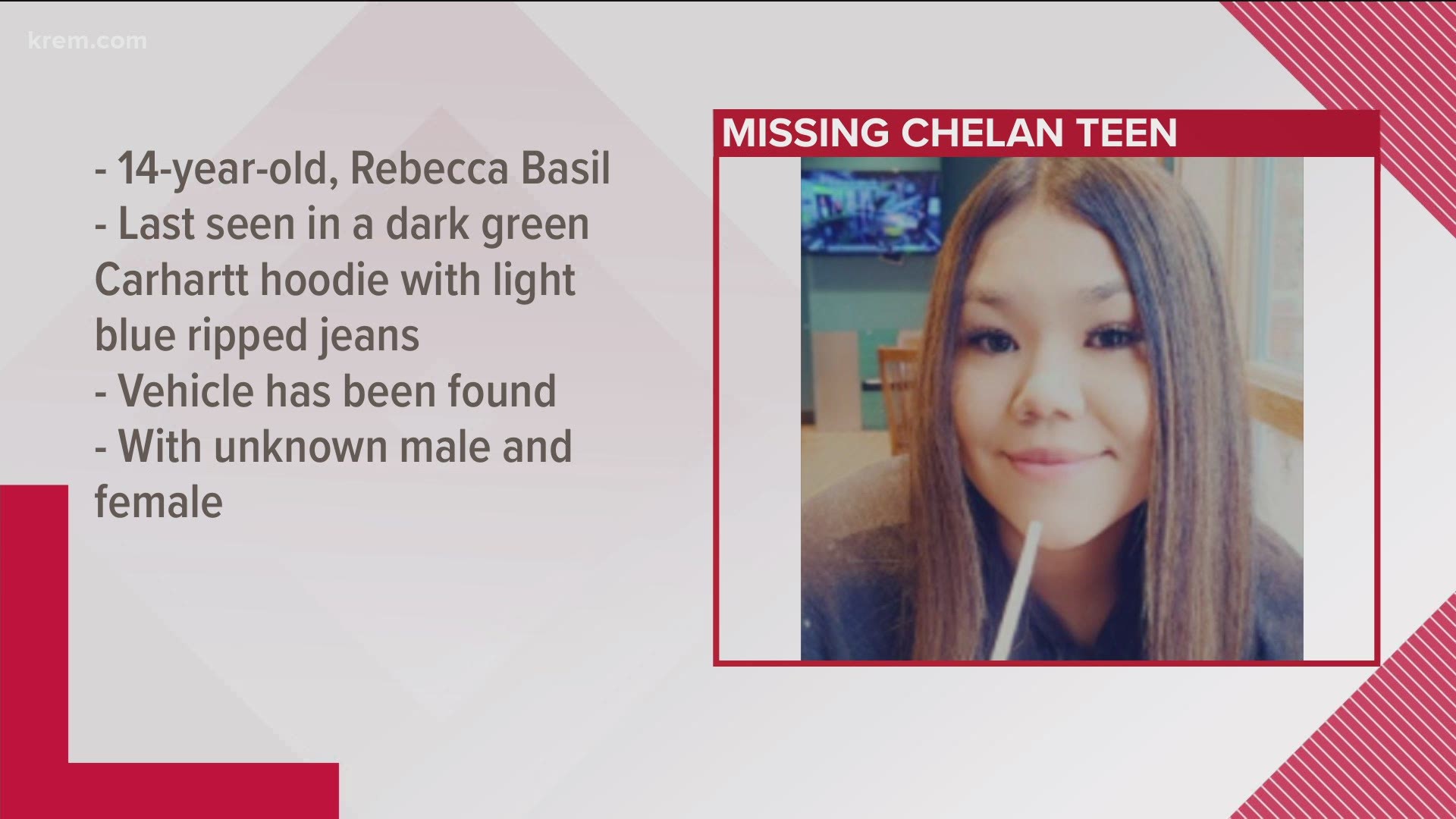 CHELAN COUNTY, Wash. — An AMBER Alert has been issued for a 14-year-old Chelan girl who may be headed to Spokane.

According to the National Center for Missing and Exploited Children, Rebecca Basil and her 9-year-old brother took their parent's vehicle from a condo without their knowledge on Tuesday night. They then drove to Malott on Wednesday, where an unknown male and female joined the in the vehicle, the alert said.

The 9-year-old was dropped off at the condo in Chelan at about 5 p.m. on Wednesday, according to the alert, but Basil stayed in the stolen vehicle with the male and female. The alert said their destination is unknown but Spokane was mentioned.

On Wednesday night, the alert was updated to say the parent's vehicle was found in Chelan, but Basil and the two suspects are still missing.

Basil is listed as being Native American, standing at 5'9" and weighing 120 pounds with black hair and brown eyes. She was last seen wearing a dark green Carhart hooded sweatshirt, light blue jeans with holes and has long, straight hair.

The male is listed at 5'9" and 120 pounds, and the female is described as small and possibly wearing a black coat.

Anyone with information on Basil's whereabouts is asked to call the Chelan County Sheriff's Office at 509-667-6875.