A TPS ANSAT student is reaching new heights -- literally. He just got his pilot's license and he's only 18 years old. 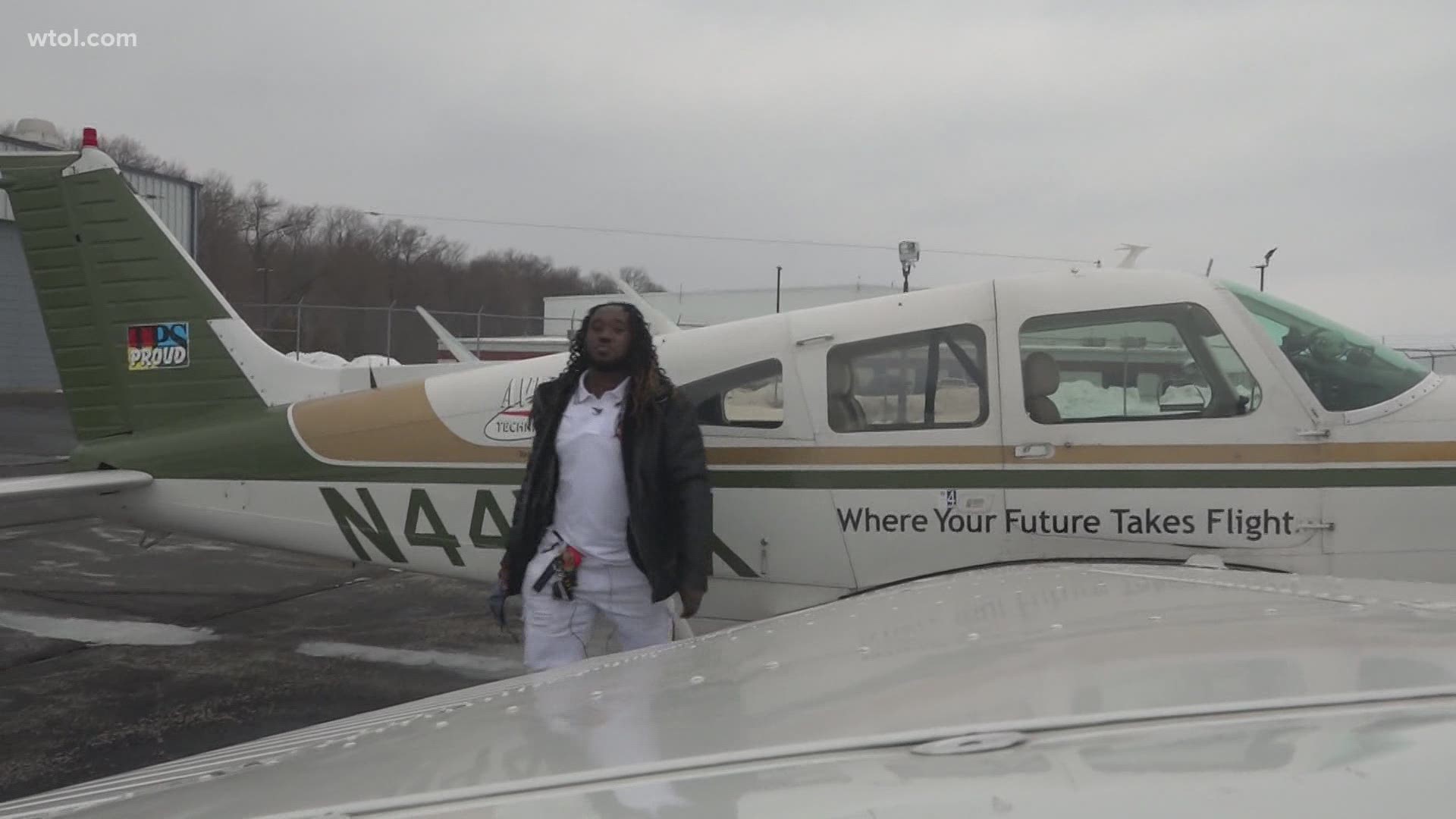 SWANTON, Ohio — Malachi Wattley is the newest pilot in northwest Ohio, but you won't see him taking you to your vacation destination just yet.

Malachi is a senior in the TPS Aerospace & Natural Science Academy of Toledo (ANSAT) program.

He just earned his pilot's license mid-February at age 17, just before his 18th birthday.

"It took me a year because I used to go out for one week, for like one hour every other week. As the year started to go by, I just started pushing more harder," Wattley said.

His instructor says getting a pilot's license is extensive, but so is the program here at ANSAT.

The senior has been doing both.

"He's been working six days a week with us, along with the other students to complete his training with us. In addition to that on the evenings and weekends working on his pilot training and he's completed that too," ANSAT's Aviation Training Director Richard Navel said.

Malachi just turned 18, but knew he wanted to be a pilot when his family took a trip to the Caribbean when he was only seven.

"In Saint Kitts they don't have gates, they have stairs. So when you get off the plane you walk by, you see all the planes right there on the ramp and it was just a great experience," the new pilot said.

After graduation he'd like to attend Jacksonville University in Florida, but that's just the start.

"At the age of 22 or 23, my plan is to be flying regional airlines. Probably Skywest," he said. "Probably build up hours and then go to Delta or American. Whoever takes me".

It's a goal that has him aiming to be on top of the world.

Malachi also wanted to be sure to thank Toledo Public Schools and superintendent Dr. Romules Durant for taking him in and giving him a place to succeed.

A few years ago when he was a student at Central Catholic, Malachi's dreadlocks violated school policy and he ended up taking on the piloting program at TPS.