Mail carriers are having a hard time getting to neighbors' mailboxes after heavy snowfall. 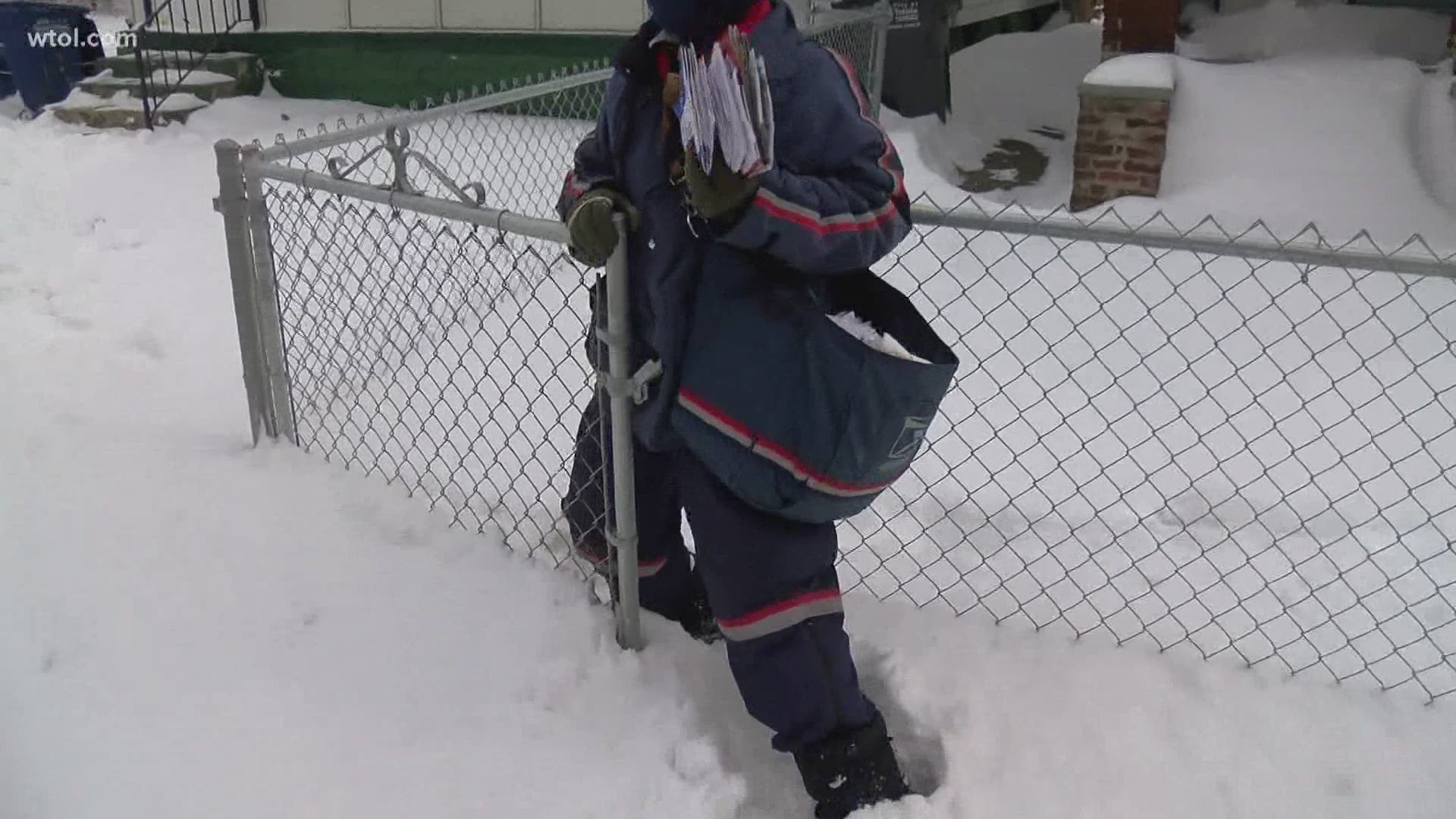 TOLEDO, Ohio — Snow is getting in the way for all of us, including those working to deliver our mail and packages.

We all want our mail delivered on time, despite wild weather conditions, and our local mail carriers want to get it to us on time to us as well. But when it snows like it did this week, there is one thing we can all do to help.

Rachelle Roy is a mail carrier in Toledo who is doing her best to get your mail delivered on time.

She says only first class letters and packages were delivered on Tuesday because of the snow storm, giving her double the amount of mail to deliver Wednesday.

The problem is, even though plows have come through and some neighbors have created a path to their mailbox, mail carriers like Rachelle are still having a difficult, if not impossible, time getting to many mailboxes.

Rachelle says you can help by shoveling a clear path for her and mail carriers like herself so they can deliver your mail without getting hurt.

"It's understandable that you couldn't get it up the first day, but you had all day yesterday, you've had... It's like one o'clock today and you still haven't moved the snow," said Rachelle.

She adds there is a way the city can help too, "I would love for the city to enforce that 24-hour rule on shoveling the snow. Because it would make our jobs so much easier, so much safer."

The City of Toledo does have a code stating you get one full day or 24 hours to have snow removed from your properties within the city.

However, Rachelle says she and other mail carriers wish the city would enforce the rule more often.

Following WTOL 11 reporter Emily Cohen's story, Rachelle sent us a big "THANK YOU" along with this video of the cleared snow and the above gate that she no longer has to struggle to get past.

And with it, she offers a little song to celebrate.

Thank you, Toledo, for keeping our mail carriers safe!