When Tanya K waited on two women during a lunch shift, she has no idea of the generosity heading her way. 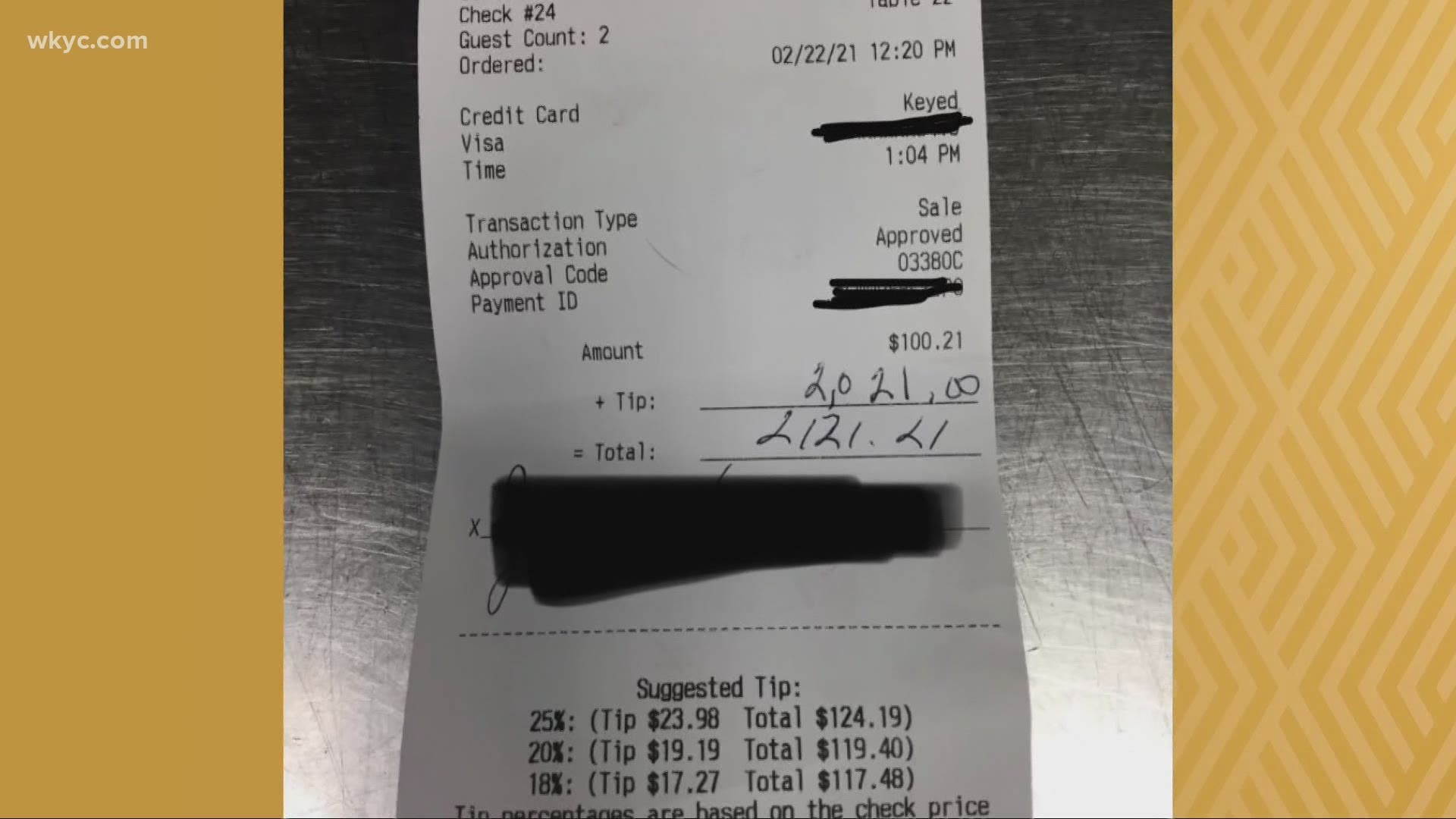 INDEPENDENCE, Ohio — A local waitress' day was made after she connected with two of her customers at Slyman's Tavern in Independence.

When Tanya K waited on two widows during a lunch shift on Monday, Feb. 22, she had no idea of the generosity heading her way.

Making conversation, the two women revealed to Tanya that, since losing their husbands, they rarely cooked dinner. A widow herself, Tanya could relate, losing her own husband in April of 2020.

"They were bonding over thatm" Rebecca Riemer, marketing coordinator for Slyman’s Tavern said. "The women said 'You know, it;s Restaurant Week, and we’re going to take care of you.'"

When the time came for the women to check out, their bill came to just over $100. On their receipt, the company suggested serval gratuity levels, including a 20% tip which would equate to $19.19. However, that wasn't enough for the two women who had just bonded over tragedies.

"She said "Oh my gosh, I can't accept this,'" Riemer said on Tanya. "They said 'No it's Restaurant Week, we told you we are going to take care of you and we can afford it. This is for you. Things are going to get better.'"

The generosity of the two women hit home as Tonya revealed another similarity.

"I probably haven’t cooked anything since April when [my husband] died," she explained.

Since the pandemic began, random acts of kindness such as what happened to Tanya have been taking place across Northeast Ohio. In November, a server at Nighttown received a $3,000 tip on a single beer.

Learn more about that story in the player below: