Brad Keel's son credits his father for saving his life and promises his death will not be in vain. 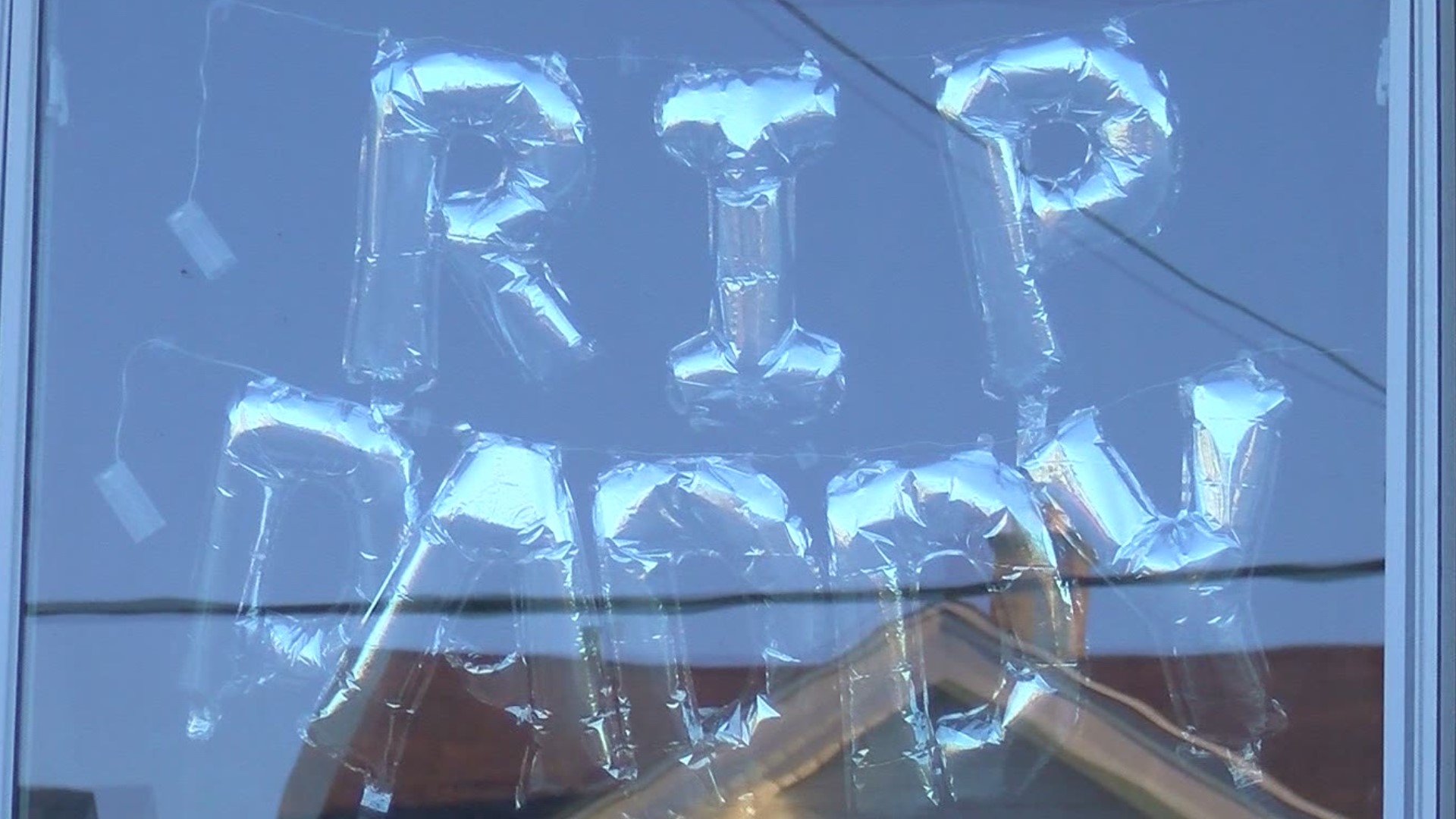 TOLEDO, Ohio — Family and friends are remembering a 45-year-old father who was gunned down, taking two bullets in the chest for his son.

In an emotional tribute at Brad Keel's home in east Toledo, many hugs were shared and tears shed on Tuesday night.

A large crowd shut down Nevada Street to remember the man nicknamed "B-Rad."

"I lost a best friend, but I also lost a father figure that I looked up to my whole life," said Brandon Keel, Brad's son.

The family says the father of eight was killed Monday night, after what they say was an argument over a girl involving his son and a friend.

"If I would have fought him, I'd ended up dead but he did it, what any father would of did. Got in front of that bullet, took that bullet, but I love him," said Brandon.

Only hours after learning about Brad's death, his oldest daughter Jessica Keel arranged the vigil.

"Because this is what he would want. He loves when everyone comes together. He loves big parties. He loves laughter. He loves people," said Jessica.

As they remember him, some gathered to say a prayer, while others released balloons in his memory.

Brad's son, Brandon, now promising not to allow his father's death to be in vain.

The family says they're not looking for revenge and they trust Toledo police are doing what they can to serve justice.

TPD is still looking for two shooting suspects in the deadly shooting that happened Monday night.

Police have warrants out for the arrests of 22-year-old Brandon Lampros II and 23-year-old Mathew Garcia.

You're asked to call Crime Stoppers at 419-255-1111 if you having any tips locating the two pictured below.