Sierah’s Law - which was passed unanimously by an Ohio House committee Tuesday - received a unanimous vote by the entire House. 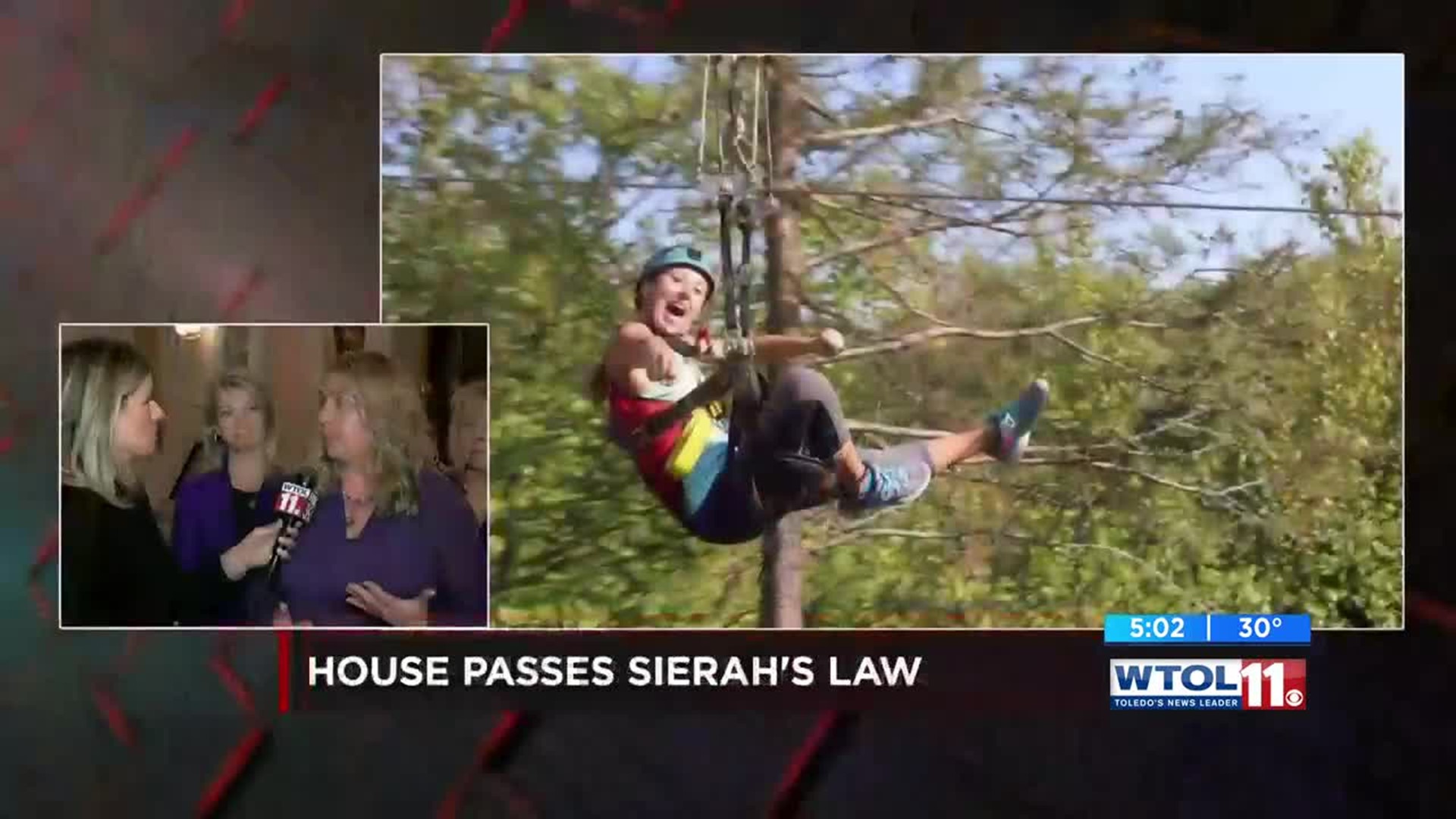 COLUMBUS (WTOL) - Family members of Sierah Joughin traveled to Columbus on Wednesday to await a vote on the law named after the young woman who was murdered in summer 2016.

They were not disappointed by the outcome Wednesday afternoon.

Sierah’s Law - which was passed unanimously by an Ohio House committee Tuesday - received a unanimous 85-0 vote by the entire House.

The law is to create a violent offender registry in Ohio. Joughin was killed in 2016 at the hands of a Delta man who previously was convicted of abduction.

The bill, which was sponsored by Sen. Randy Gardner, creates a violent offender registry in Ohio. Anyone would be able to go to their nearby sheriff’s office and request the name, picture, crimes and address of nearby violent offenders.

It was a two-year process to get Sierah’s Law this far. The exhaustive effort involved many changes and amendments to please some Ohio Senators who said the bill did nothing to protect the public and involves privacy concerns.

The original bill allowed the public to search for rapists, murderers, kidnappers and other offenders similar to the way one would a sex offender. But after hurdles in the Senate, this part of the law was changed so that you can’t look them up online.

Instead, you would go to the sheriff’s office and ask that a search be performed.

Sierah’s family believes if a registry had been in place when she was kidnapped, her killer, James Worley, may have been questioned sooner.

Worley is on death row for Sierah’s murder.

After this two-year battle, her mother, Sheila Vaculik, says Sierah got the last word.

Rep. Theresa Gavarone introduced the law on the House floor. She also noted its genesis by Sen. Randy Gardner.

Derek Merrin of Monclova Township also spoke for the bill.

“Although I never know Sierah, I have come to admire her. ... She was a treasure in our community and is still deeply missed. ... Sierah’s attacker had already been convicted of an abduction and in my mind, he should never have been released from prison,” he said. “... Sierah’s law is so important. Information is power and Ohioans have the right to know if they have violent offenders living in their midst.”

During her remarks on the House floor, Rep. Teresa Fedor called this registry one more tool in law enforcement’s arsenal.

We are live in Columbus as the House of Representatives is set to vote on Sierah’s Law, at 1:30. The law would create a database for violent offenders.