The Ohio Department of Transportation says it is actively monitoring roads and will address problem situations. 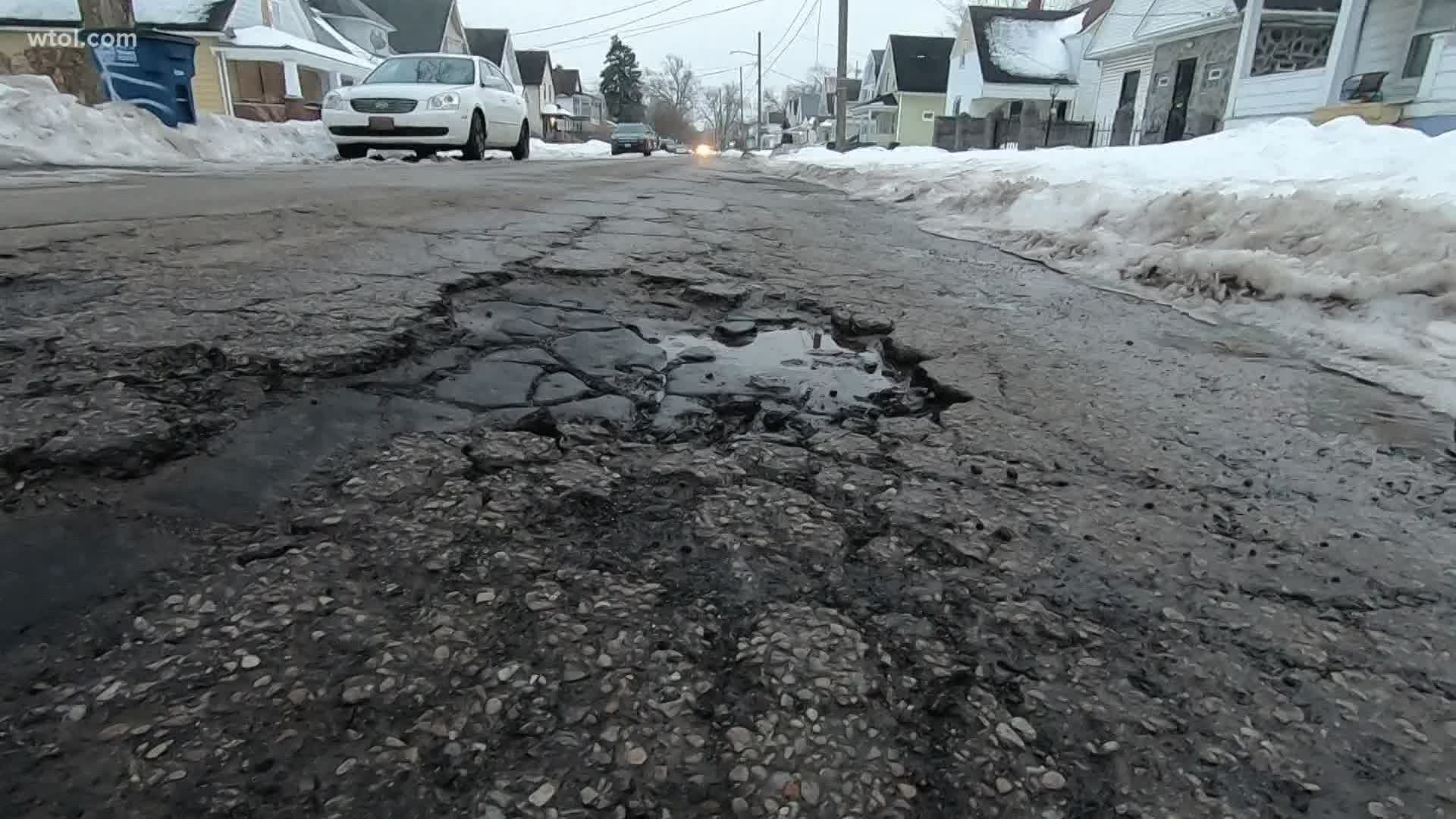 TOLEDO, Ohio — Potholes are starting to cause big problems on the roads, with more than a dozen drivers ending up with flat tires from one on I-75 south Monday. That pothole disabled vehicles and slowed traffic to a crawl through the area.

And while the Ohio Department of Transportation has fixed the highway, drivers say there could be more of a rough road ahead.

"About an hour ago, I was driving down Glendale and just driving the normal speed limit. And then, all of a sudden it was a pothole right there and the car just hit. Out of nowhere, and I was like wow," explained Nicole Talley.

Around here, this can seem like it happens a lot, making Toledo more "holey" than "holy."

With more temperature changes on the way, it's about to happen a whole lot more.

"In northwest Ohio, we know that potholes are just kinda a part of life. Unfortunately, we live in a climate that whenever we see that freeze, thaw, freeze, thaw happen, the pavement does start to break up in areas. Especially where it's already weak," said Rebecca Dangelo, public information officer for the Ohio Department of Transportation District 2.

Monday morning was just another example of how bad these craters can be.

According to the Toledo Police Department, at least 15 vehicles reported flat tires on I-75 southbound near Collingwood Boulevard and Bancroft Street after driving over a pothole.

"The road is icy so could of made me slide or anything. Anything could of happened. Plus, I'm pregnant and I don't want to be harmed by driving," said Talley.

It's the Ohio Department of Transportation that maintains state and federal roads and they say they're proactively working to make these fixes before it gets any worse.

"Over the next few days, we will have ODOT crews that are specifically going out to monitor areas and then address them as needed as well. So we are prepared for that ... but it is something that we can expect anytime we have a freeze-thaw cycle," said Dangelo.

It's putting drivers like Craig Schotter on guard all the time.

If you hit a pothole and it damages your car, you can try to file a claim to pay for that damage. It all depends on who owns the road -- whether it's the city, the state or some other municipality.

To file a claim with ODOT, follow this link: https://www.transportation.ohio.gov/wps/portal/gov/odot/about-us/resources/damage-claims

Within the city of Toledo, you can report potholes and problems at https://toledo.oh.gov/engage-toledo.