The driver, identified as Maurice Watson, ran off on foot. He was found dead hours later, police say. 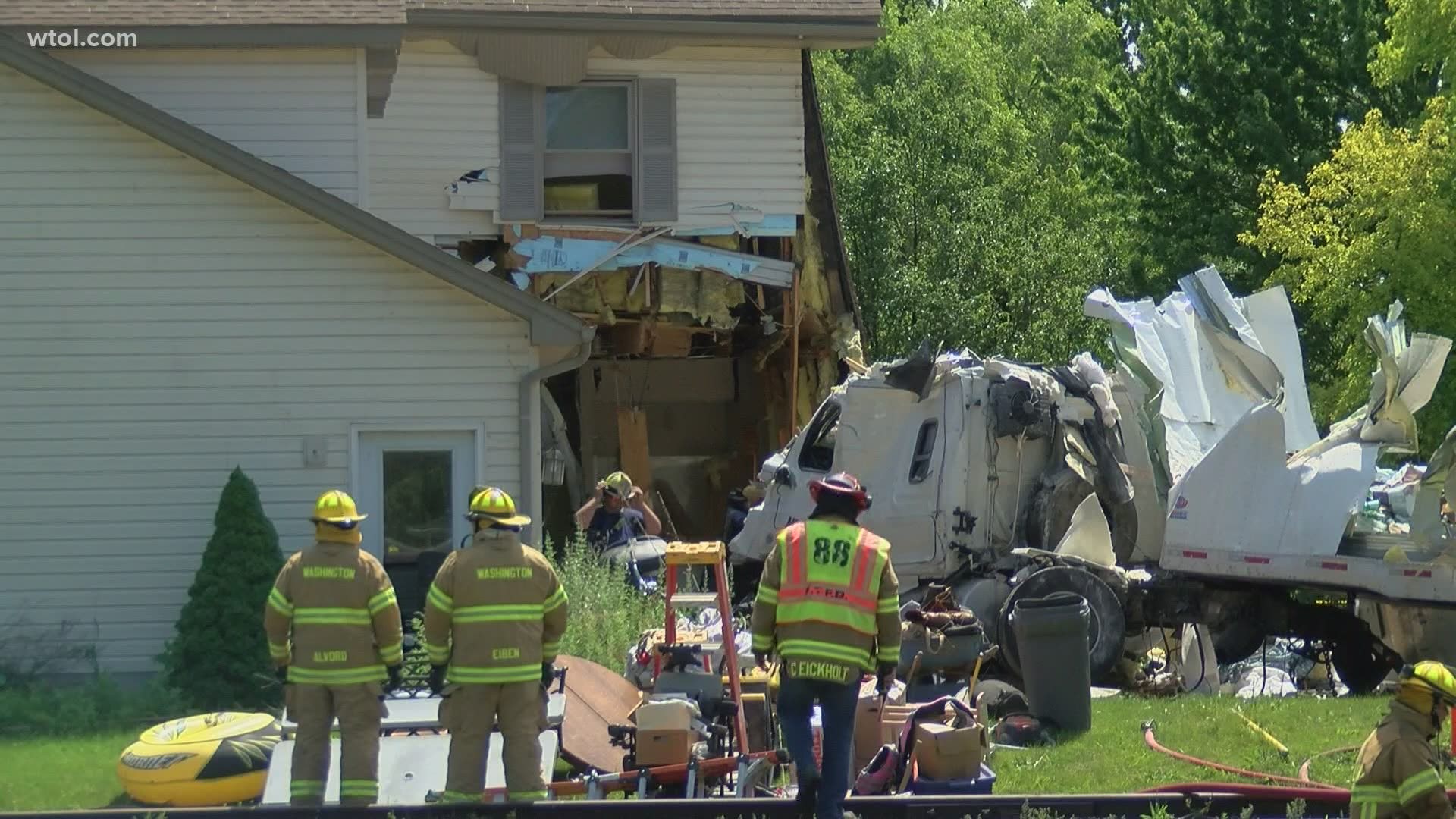 GRAND RAPIDS, Ohio — The driver of a semi that crashed into a Grand Rapids home was found dead Wednesday afternoon.

The crash happened at the corner of W. Second St. and Wapakoneta Rd. just before 8 a.m.

The family inside the home was evacuated safely.

Watson fled the scene and after hours of searching the area, police found him dead in the Maumee River.

The homeowner, Shaun Downey, said he heard a couple of loud bangs and then a few seconds later, he heard the whole house shake.

He said he jumped up, ran to the window, looked down and saw a truck all the way through his house. That's when he ran downstairs to the basement where everyone else was.

He was able to get them all out the back door along with the truck driver. Downey says it happened so fast, he just remembers trying to get everyone out safe.

Logan Downey, who lived at the house, said it's heartbreaking to hear the driver died.

Representatives with the trucking company Watson worked for said they noticed he was off track, and lost touch with him on Tuesday.

Police are still investigating the circumstances leading up to the Wednesday morning crash. We will continue to keep you updated.

Police say the family in the home was evacuated safely and the truck driver ran off on foot. READ MORE:...