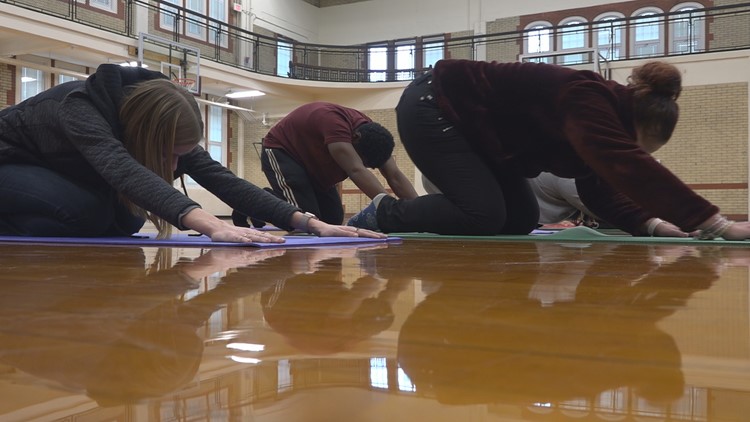 "When I was in there. It was soothing, there was no sound except the background music. It was just me and the instructor," said Scott senior, Jason Thomas.

The program started this school year at Scott.

"This is a space where they can come and relax for at least a half an hour, breathe, mediate, and focus and help them to self regulate themselves and it's also good self care," said Dr. Carnel Smith, the principal of the school.

The students were surprised to get offered the alternative, but their principal said it helps and the students take their mind off the outside world.

"Well it was actually okay for me because it was my first time going. I thought it was going to be lame, I never really seen no one go there," said freshman, Zaelen Walker.

Believe it or not, some of the kids are doing yoga without even getting detention.

Morrishaw said that's because she had taken yoga before and it helps her.

"I think about a lot all the time, like even when I'm doing something I'm thinking about something else," she said.

Students said it's a great experience and they are glad they got the chance to do that instead of detention.

"It was different, I never did nothing like that before. It was worth it though, not worth getting in trouble but I would go again. even if I wasn't in trouble, I'd still go," said Jason Thomas.