The remains, in addition to a backpack and notebook, were located in an area that had been underwater. 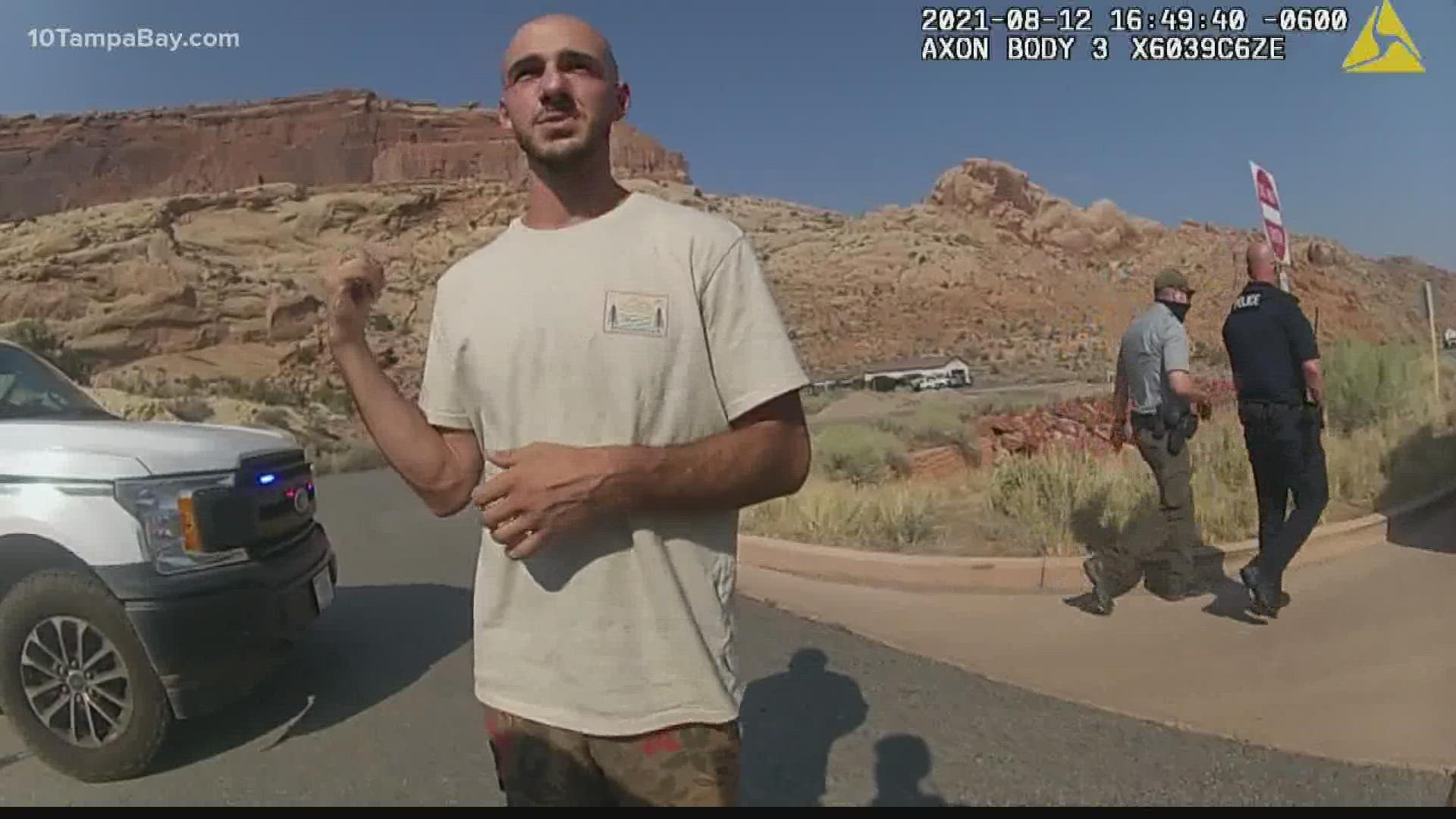 Laundrie was the lone person of interest the FBI had identified in the homicide of Gabby Petito.

"We have no further comment at this time and we ask that you respect the Laundrie’s privacy at this time," their lawyer said.

Suspected human remains were found Wednesday in a section of the vast Carlton Reserve not far from where some of Brian Laundrie's belongings were located, the FBI confirmed during an afternoon news conference.

Those items included a backpack and a notebook, all in an area that had been underwater until recently, FBI special agent in charge Michael McPherson said.

The announcement is the biggest development in the search for Gabby Petito's fiancé, Laundrie, who has been missing for more than a month and not long after he returned from a cross-country road trip without her.

Laundrie is considered a person of interest in her murder, McPherson said.

"Our evidence response team is on scene using all available forensic resources to process the area," he added. "It's likely the team will be on scene for several days. I know you have a lot of questions, but we don't have all the answers yet."

Portions of the Carlton Reserve and adjacent Myakkahatchee Creek Environmental Park, which only reopened to the public Tuesday following a month-long closure, will be closed to the public for the foreseeable future.

An hour prior to the FBI's news conference Gov. Ron DeSantis' schedule showed he had a call with Petito's father.

Laundrie's parents, Chris and Roberta, went Wednesday morning to the Carlton Reserve area after informing the FBI and North Port Police Department a day prior that the couple intended to help search for their son, Bertolino said.

The Laundries "were at the reserve earlier today when human remains and some of Brian's possessions were located in an area where they had initially advised law enforcement that Brian may be," Bertolino told 10 Tampa Bay in a text message. "Chris and Roberta will wait for the forensic identification of the human remains before making any additional comments."

The Pasco County Sheriff's Office confirmed it had sent a K-9 cadaver unit to assist North Port police and other law enforcement agencies in the search. The FBI's Tampa field office later said an evidence response team was processing the scene.

When asked if Brian had been found dead or if human remains had definitely been located, Bertolino replied "no comment."

However in an interview with CNN's Chris Cuomo, Bertolino said Wednesday, "the probability is strong that it is Brian's remains but we are going to wait for the forensic results to come in to verify that."

Laundrie's parents have since returned home and, according to Bertolino, will not return to Carlton Reserve Thursday to continue assisting in the search for their son.

Brian Laundrie, 23, and 22-year-old Petito set out on a cross-country road trip in July in a van that police say was later discovered at the home of Laundrie and his parents in North Port, Florida, where Petito lived.

She did not return with him.

On Saturday, Sept. 18, the North Port Police Department, FBI and agency partners began searching for Brian Laundrie in the Carlton Reserve. His family said detectives believe he entered the expansive area a few days earlier. The area has more than 80 miles of hiking trails.

The next Sunday, a body was found in Wyoming's Bridger-Teton National Forest. On Sept. 21, authorities positively identified the remains to be Petito.

The coroner's office determined Petito's manner of death was homicide while the autopsy revealed she was killed by "manual strangulation." It was estimated that Petito had died three to four weeks before her body was found.

Law enforcement had largely scaled back its search for Brian Laundrie at the reserve, with North Port police saying that they "have exhausted all avenues in searching of the grounds there." That has since changed.

An arrest warrant for bank fraud continues to hang over Brian Laundrie as law enforcement continues looking for him.