4 year old with leukemia gets surprise from Santa for Christmas

The Toledo Fire Department, Carroll Twp. Fire Department and Toledo Rockets hockey team got together to surprise Evan Garber with a visit from Santa and presents. 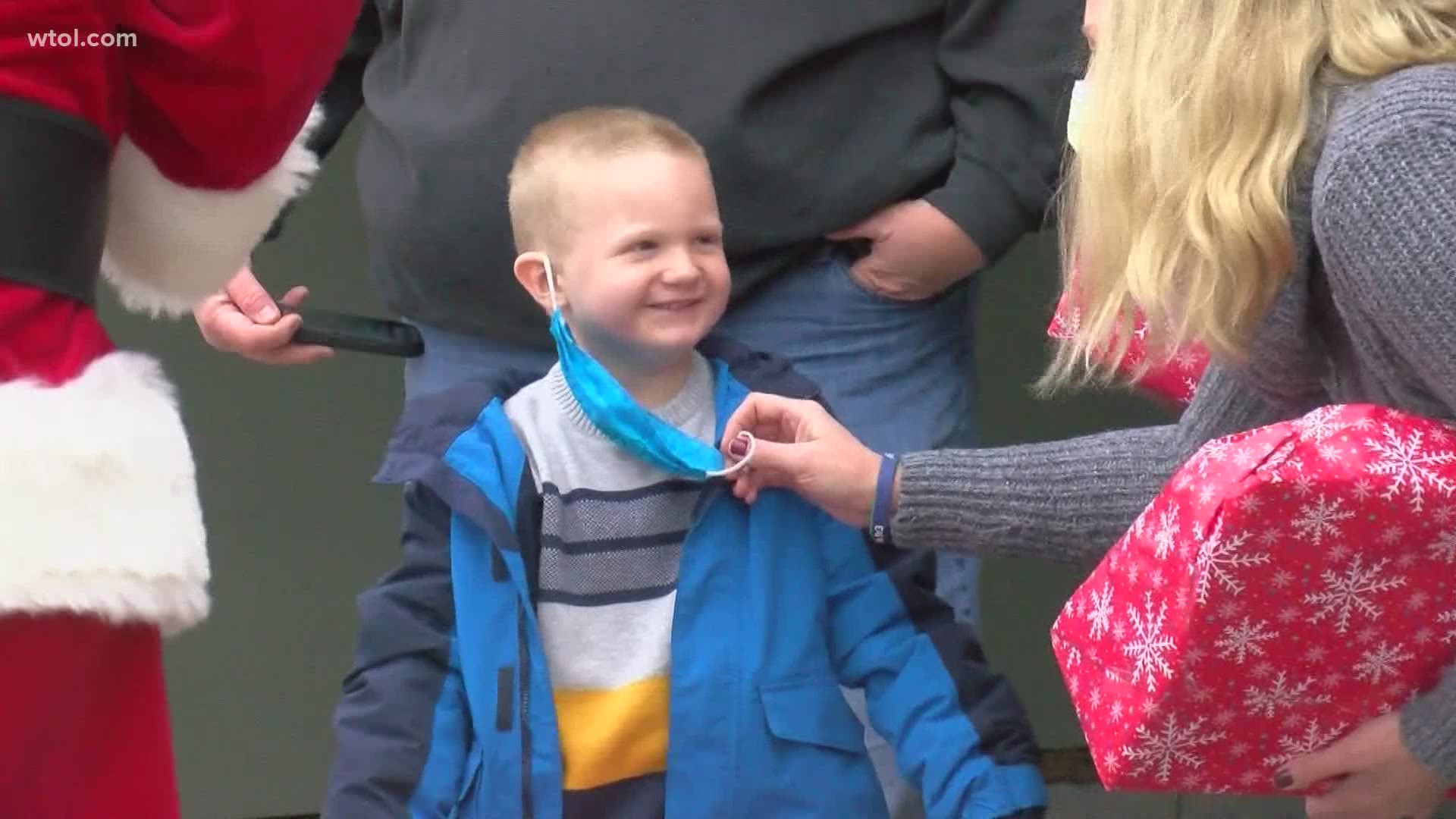 OAK HARBOR, Ohio — Firefighters teamed up with the Toledo Rockets hockey team to make sure a little boy fighting leukemia got his visit from Santa.

So Santa decided to visit, lights and sirens blaring, and a whole entourage of hockey players and firefighters from Toledo and Carroll Township bringing gifts and smiles to brighten Evan's holiday.

"He hasn't had a chance to see Santa yet this year. We did send a letter to Santa but that was it, so for him to see Santa I think was incredible," James Garber said.

Both of Evan's parents are nurses, so they've been working on the front lines of the COVID-19 pandemic helping other people get healthy while going for treatment with Evan, who began chemo in July.

This means his mom must be extra careful when she gets home from work.

"When she gets home she disinfects her phone, she takes her work clothes off outside, goes right into the shower and things like that just to keep the chance of infection down," James Garber said.

Usually Toledo Fire Hockey is busy with the Battle of the Badges charity games against the Toledo Police Department's hockey team to help local families, but with the annual game cancelled, they were inspired to find someone to bring joy to this Christmas.

"Financially with the medical bills, not being able to work as many hours as they were accustomed to, we decided we wanted to step in and help out," said Toledo Fire hockey player and firefighter Kyle Getzinger.

Then, the University of Toledo men's hockey team jumped at the chance to help in any way they could.

"We've all had challenging time especially in the year 2020, and the least we can do for our community who does so much for us and supports us during our season is to give back," Rocket men's hockey coach Troy Boze said.

And these moments mean the world today to little Evan, who has been making good progress as he continues to fight leukemia like a champ.