Resurgence in vinyl's popularity putting record stores in a bind

The demand for vinyl records has outgrown the industry's capacity to keep store shelves stocked in Toledo and around the world. 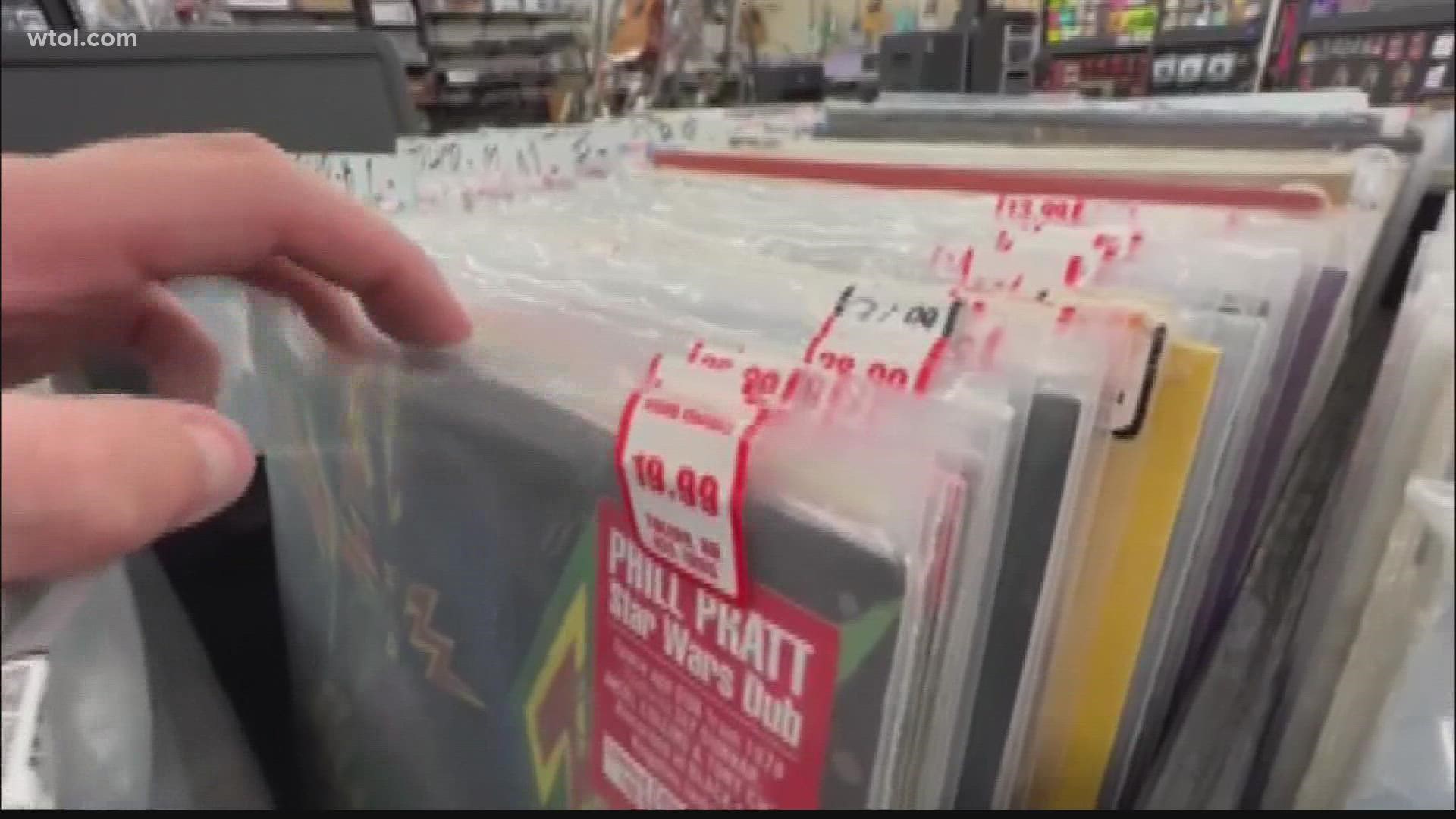 TOLEDO, Ohio — The growing demand for vinyl records has record stores across the country feeling the pinch. There's just not enough record-making capacity to keep up with the number of would-be buyers.

Vinyl has roared back, surpassing CD sales in 2020 for the first time in decades, according to the Recording Industry Association of America (RIAA). Sales are expected to rise again in 2021 and the reason for it has never really changed.

But with the growing demand, distributors around the world and in America are having a hard time keeping up on a global scale.

Singer Ed Sheeran told Voice Magazine that artists like himself, Elton John, Adele, Coldplay, and a host of others were all trying to get their vinyl records printed at the same time.

Combine the increasing demand for records with an industry still recovering from being shut down during parts of the coronavirus pandemic, and there's a shortage of vinyl records not just around the world, but in Toledo as well.

Broc Curry, owner of Your Media Exchange in West Toledo, says it's an industry-wide issue he's seen building up for the last 3 years.

Curry said, "There still are not enough presses to cover the demand for vinyl."

Curry says his record shop is ready for the holiday season because he started pre-ordering vinyl records back in February of this year. He says he ordered vinyl from artists like Pink Floyd, Led Zeppelin, Mac Miller, and Kanye West.

"With all the buzz about the supply chain issues, we have noticed that people are buying early," he said. "We noticed a short increase mid-October, which typically doesn't happen until closer to Black Friday."

Alexander Gedert, who works for Allied Record Exchange, says customers aren't being affected by a shortage as much as smaller artists who now have to wait months to get their work on vinyl.

"They kind of got put on the back burner because Adele got to jump the line and press as many copies as she wanted," said Gedert.

Customers may not see new records from their favorite smaller artists until next year. But he says the beauty of vinyl is that there's so much to choose from.

"The great thing about records is you don't know what you're going to find when you come into a record store. So going around everywhere, crate digging and finding that rare gem, that's kind of what it's all about," said Gedert.

Curry believes there isn't a supply chain shortage like the one other industries are facing right now. He said, "The vinyl industry is so hot right now that it can't press the records fast enough due to the massive demand."

Billboard estimates that U.S. vinyl record sales could reach a billion dollars by the end of the year for the first time since 1986.