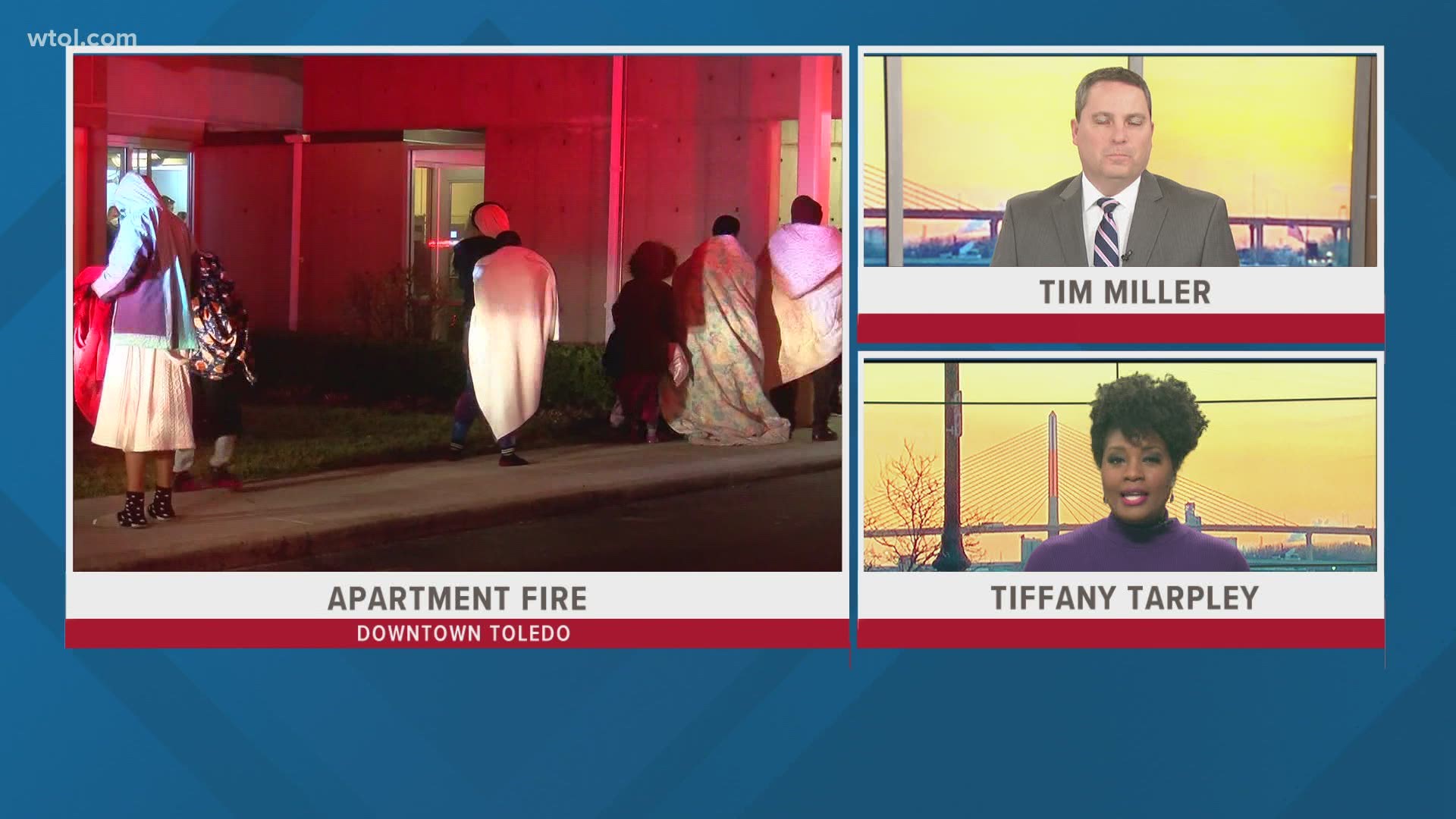 TOLEDO, Ohio — People who live at an apartment building on N. Erie Street near Cherry Street in north Toledo had to leave their homes early Wednesday morning because of a fire.

The fire started shortly before 3 a.m. on the eighth floor. When WTOL 11 crews arrived on the scene, there was visible smoke coming from a window on that floor.

A spokesperson for Toledo Fire and Rescue Department said crews helped assist tenants on the eighth floor get out of the apartment building. Attack crews entered one of the units and found a kitchen fire that was quickly extinguished. The fire did not expand to adjacent units.

The Covenant House parking lot was filled with families with children and elderly covered in blankets, trying to keep warm in the frigid temperature.EMS personnel set up a sector in the lobby to evaluate all residents.

One resident was treated at the scene for a medical condition and transported to a local hospital in stable condition, according to the TFRD.

Trunk crews performed ventilation of the eighth floor using fans to remove smoke and heated gases, which allowed residents to return to their apartments floor by floor, except for eighth-floor tenants.

The fire department contacted the Red Cross and the organization is now working with the complex manager to assist the 18 occupants of the eighth floor who have been displaced.