Multiple sources can now confirm that the MAC Presidents have approved a return to football. 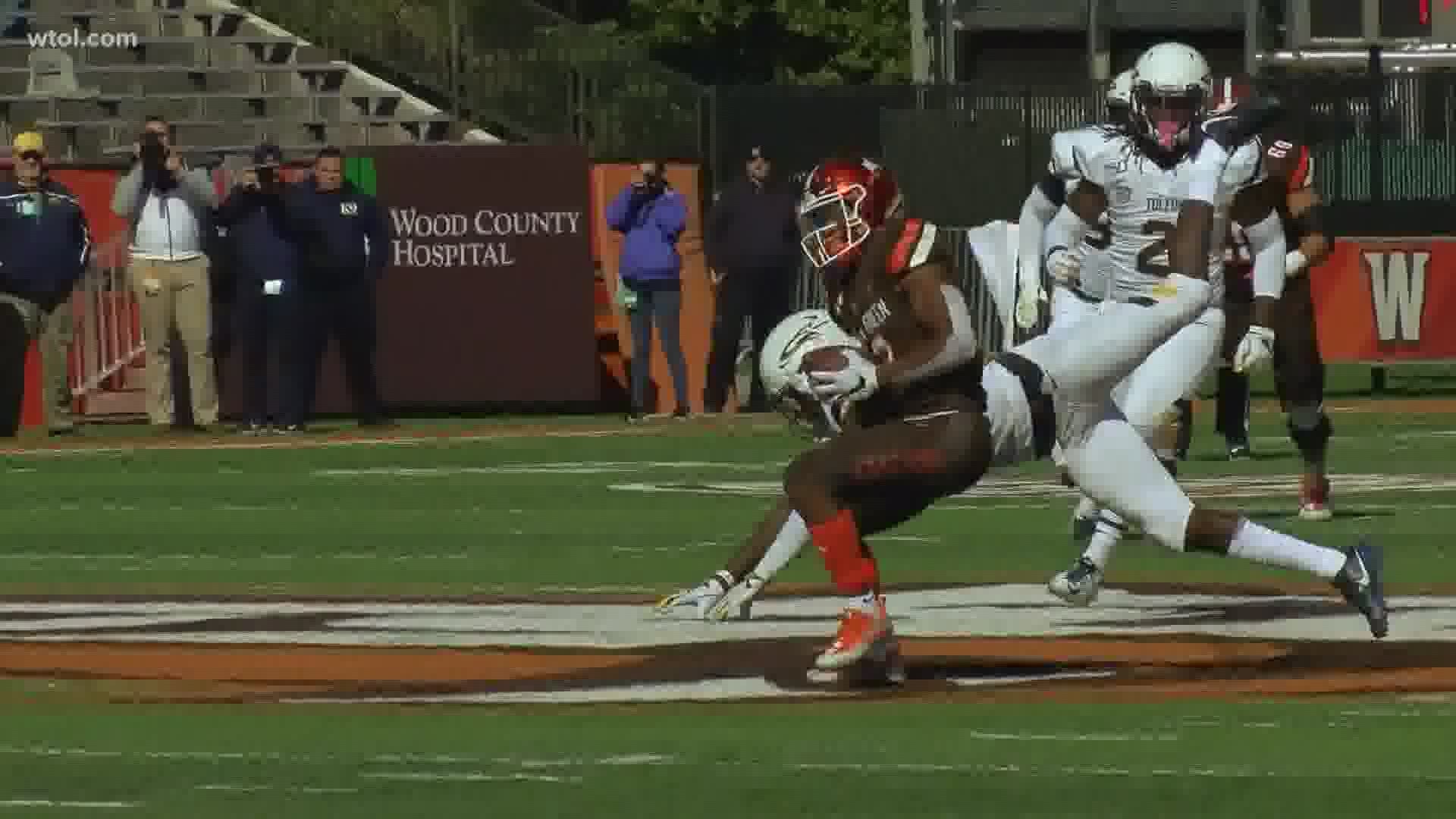 A six-game, conference-only schedule will kick off on Wednesday, Nov. 4, concluding on Dec.18 or 19 with the MAC Football Championship game.

"The Council of Presidents has been having fulsome discussions with our Mid-American Conference medical advisors," Council of Presidents Chair and University at Buffalo president Dr. Satish Tripathi said. "Throughout these discussions, we have underscored that the health and safety of our student-athletes, and our entire Mid-American Conference university community, is paramount.  As a result, our Conference's medical advisors have established comprehensive protocols and procedures to safeguard our student-athletes during practice and competition. We appreciate the effort of the many medical professionals who have contributed to this sound plan to initiate the fall football season."

A full schedule will be released at a later date.

The MAC suspended fall sports on Aug. 8. Right now, football is the only sport being resumed with all others, including soccer, cross country, field hockey and volleyball, tentatively scheduled to return during the spring sports season when their respective NCAA championships will occur.

According to a press release, the conference will implement a COVID-19 testing program that requires four antigen tests per week with all positive tests needing confirmation with a polymerase chain reaction (PCR) test. Any student-athlete with a positive test will enter a cardiac screening protocol.

This testing program goes into effect Monday, Oct. 5. The complete set of protocols will be released next week.

"I am pleased to inform our student-athletes, coaches, and fans, that the Mid-American Conference will resume the fall football season," MAC Commissioner Dr. Jon Steinbrecher. said. "Our decisions, in August and again today, have been guided by an overriding concern for the well-being of the student-athletes, institutions, and the community at large. Our medical advisory group, presidents, directors of athletics, and others, have worked hard to develop a plan that provides the opportunity for student-athletes to compete. We will be diligent in monitoring the dynamic health environment across the Conference footprint and the country."

One of the major components that led the conference to reconsider, was the availability of tests and the timeliness of receiving test results across the conference, in addition to the changes and improvements of testing protocols.

"I am happy to recommend the return of Mid-American Conference Football." Dr. Roger Kruse, MD/FAAFP/FACSM, Head Team Physician at the University of Toledo and chair of the Medical Advisory Group said. "This was made possible by the ability to obtain rapid "point of care" testing. We will test four times a week to assure player safety. This protocol was unanimously approved by the MAC Medical Advisory Group and we feel confident of a safe return."

MAC leaders are working to establish criteria relative to contest interruptions/cancelations, monitoring and reporting of test results, as well as other COVID-19 regulations consistent with the NCAA resocialization guidelines.

All football return to play is subject to national, state and local health guidelines.

No general public attendance or tailgating will be allowed at games, according to the release. The participation of marching band, dance, cheer and spirit squads at football games will be guided by conference protocols at institutional discretion consistent with public health guidance.

Here is the official release from the Mid-American Conference on the return to #MACtion.

Season begins November 4th with the MAC Championship game on the 18th or 19th.

"BGSU Athletics is thrilled for the student-athletes and coaches to have the opportunity to return to competition safely. Thank you to the MAC Council of Presidents and MAC Medical Committee for your leadership throughout this process. I especially want to thank President Rodney Rogers for his support and leadership throughout this pandemic. This special opportunity will not be taken for granted. We will continue our diligent path to our safe return to competition."

BGSU HEAD FOOTBALL COACH SCOT LOEFFLER
"I'm thrilled for the opportunity the MAC has provided to our team. We would like to thank President Rodney Rogers and Athletics Director Bob Moosbrugger for their efforts to make this possible. Our medical team and our team physician Dr. Jeff Noftz have been outstanding in their guidance to us. Our student-athletes have been working hard to show that they deserve a chance to play football this fall. We will continue to attack every day with relentless effort so that we can make BG proud. We can't wait to kick off the season!"

“We are very excited that our football program will be playing a fall schedule of games. We are looking forward to the season with the expectation that we will be providing the safest possible environment in which our student-athletes will compete."