Hiking was never something Dain Sutton took very seriously. That is, until a few months ago when he started researching about the Buckeye Trail. 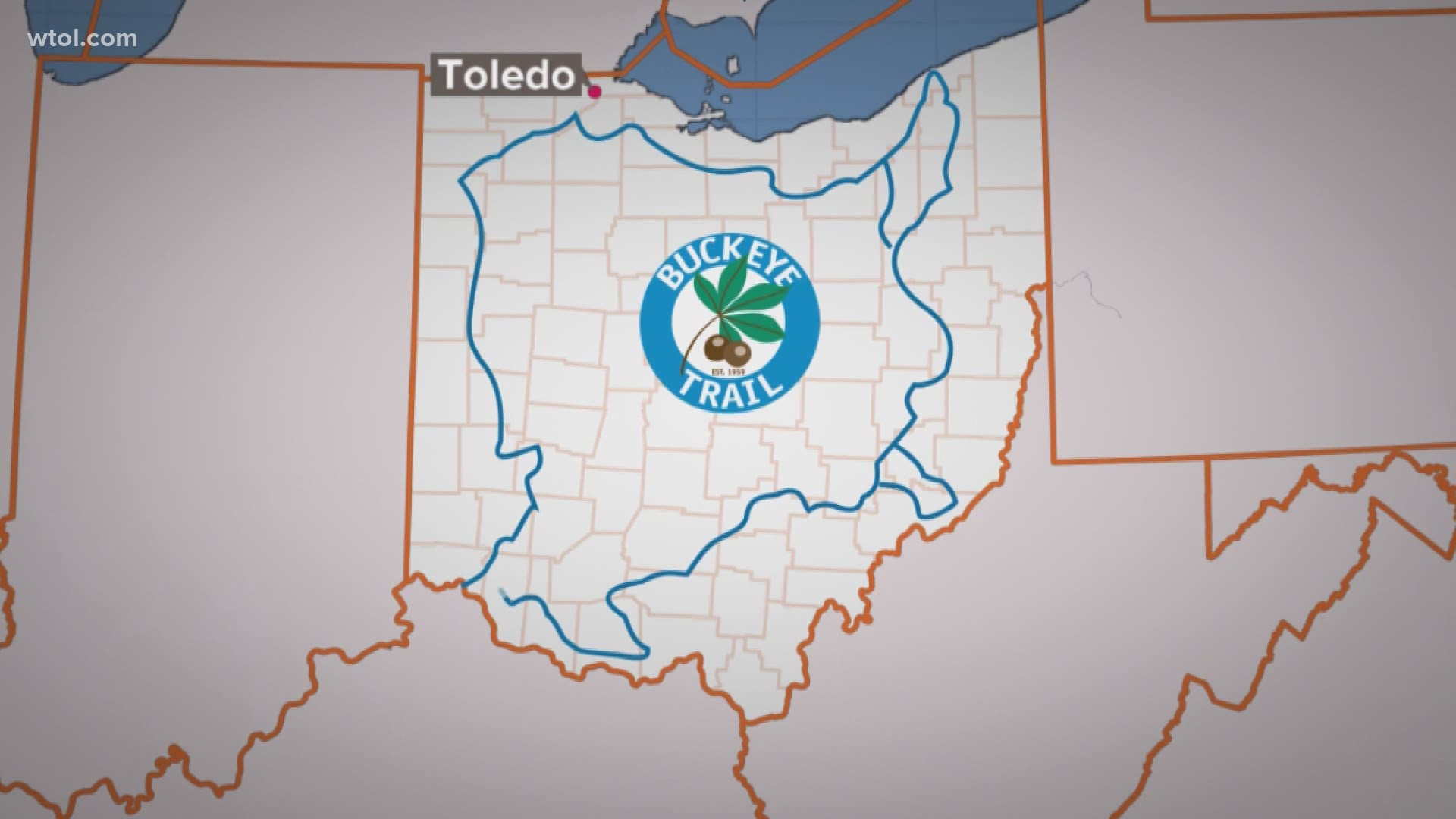 DEFIANCE, Ohio — Going on a hike at our local Metroparks is one way to get some exercise. How about a thousand-mile plus hike around the state of Ohio?

That is, until a few months ago when he started researching the Buckeye Trail.

"I decided I'm going to quit my job and do this. A week later, I left for the trail" said Sutton.

The Buckeye Trail is a 1,444-mile hike in a big circle around the state of Ohio.

Not only did the now 18-year-old complete the entire trail, but he also broke a record doing it.

RELATED: 6 reasons why Grand Canyon officials are begging hikers not to bring their dogs

"I am the youngest person to solo through-hike the Buckeye Trail. I finished today with a lot of other Buckeye Trail Association members," said Sutton.

He says the beginning of the hike was terrible because he didn't have great shoes, relating it to walking barefoot on concrete. The trail itself has all types of terrain, but a little more than half of it is roadway.

"You pretty much go through everything," said Sutton. "There's a whole bunch of hills. Sometimes it's just flat for at least a month. It all depends where you start."

After hiking an average of 15 to 20 miles per day, he says his legs feel good. He loved the people he met along the way, places he stayed, and the views he saw. Some of his favorite spots were Hocking Hills and the Cuyahoga Valley.

"Cuyahoga Valley, that was very intimate hiking, because when you get on top and it's really early in the morning you can look over this big hill and see down in the valley. You see all the fog rolling through and it's not touching you because you're so high up. It's beautiful" he said.

Sutton won't wait long until his next hike, in six months he wants to start his journey to be the youngest person to hike the Triple Crown in less than a year.

The triple crown is the entire Appalachian Trail, Continental Divide Trail, and the Pacific Crest Trail on the West Coast,  which totals almost 8,000 miles.