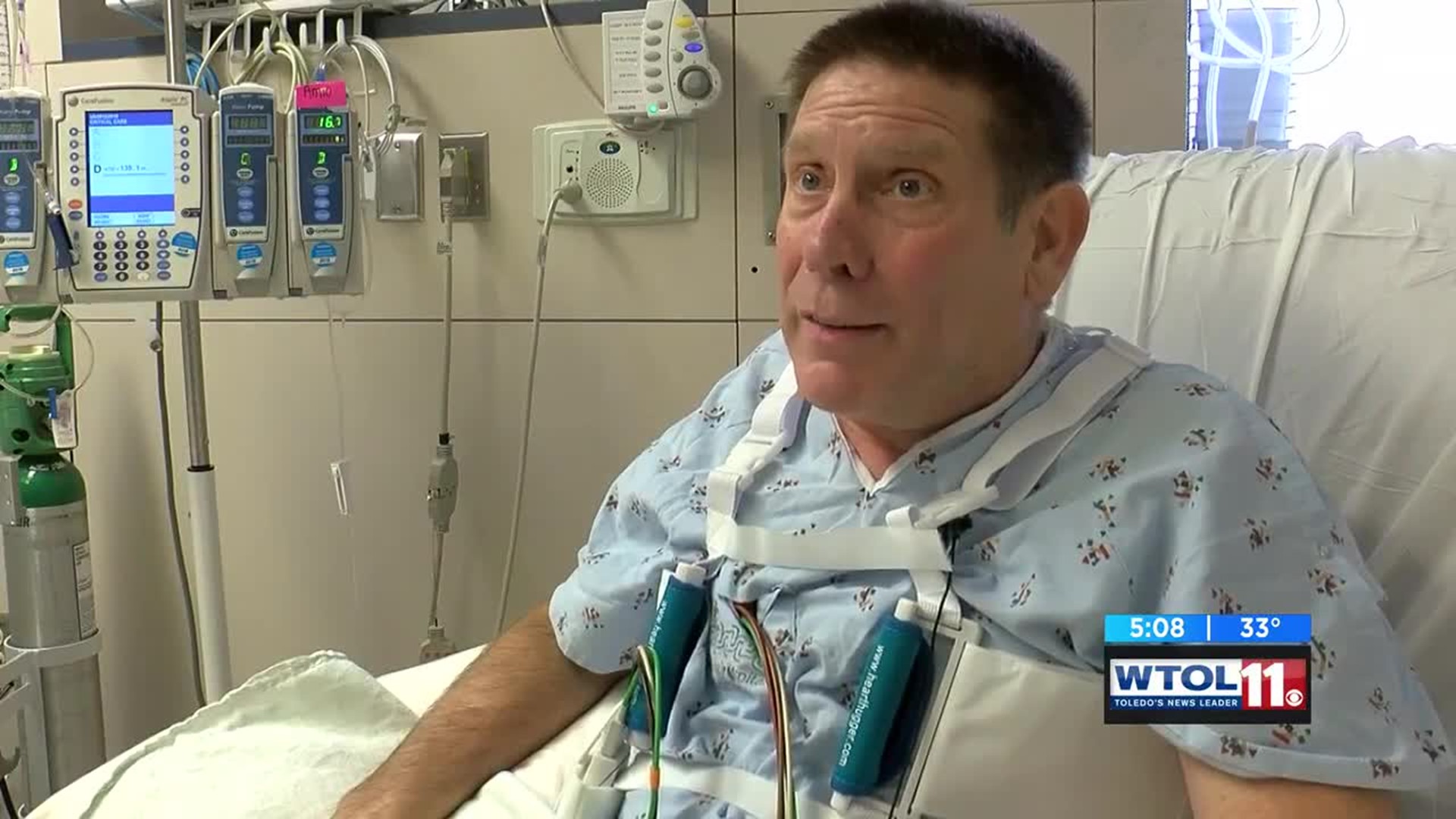 PERRYSBURG (WTOL) - Jim Scharer was watching his grandson in a wrestling tournament at Perrysburg High School.

Little did he know, his life would take a dangerous turn.

“I said I’m going to pass out! and the next thing I remember, was that I was coming out of it,” said Scharer.

In that time, first responders at the tournament, from all around came together to save Jim.

One of those people was Dr. Michael Mattin.

“I was there for a tournament coaching kids, and someone came up to me and said someone passed out,” said Dr. Mattin.

Michael and the other nurses, doctors, police officers and EMT’s came together and began CPR.

First responders immediately jumped into action, one of them knowing exactly where the AED was.

Dr. Mattin said the AED was ultimately what made the difference.

“It was great to see the amount of people that came out and just wanted to help. But what ultimately was the game changer for this gentleman was the AED. It had nothing to do with the number of people there, we could’ve continued CPR but that early shock is what helped him in my opinion,” said Dr. Mattin.

This is the second time in less than two years that an AED has saved someone at a Perrysburg school.

“We’ve talked internally just within this past week about at events like that having a moment before the event begins to remind people where the exits are and where the AEDs are and what to do in the case of an emergency,” said Hosler.

Less than a week later, Jim is recovering at St Luke’s hospital.

After going through triple bypass surgery doctors discovered he had more than 50-percent blockage in three different arteries.

The message from all of this, listen to your body.

“And I hid it for about 2, 3, 4 months. I had burning sensation in my chest when I would walk a long way or cut the grass or do something exerting. Get yourself checked out and make sure you know exactly what it is,” said Scharer.

But most of all, Jim wants to say thank you.

“I just want to say to all of them, thank you so much for saving my life,” said Scharer.

Jim and his family are still looking for all of the people who helped save his life. If you’re one of them, reach out to WTOL.