Pizza 101, The Rowdy Rooster, The Bloom Boutique and Hefner's Printing were all destroyed in the fire. 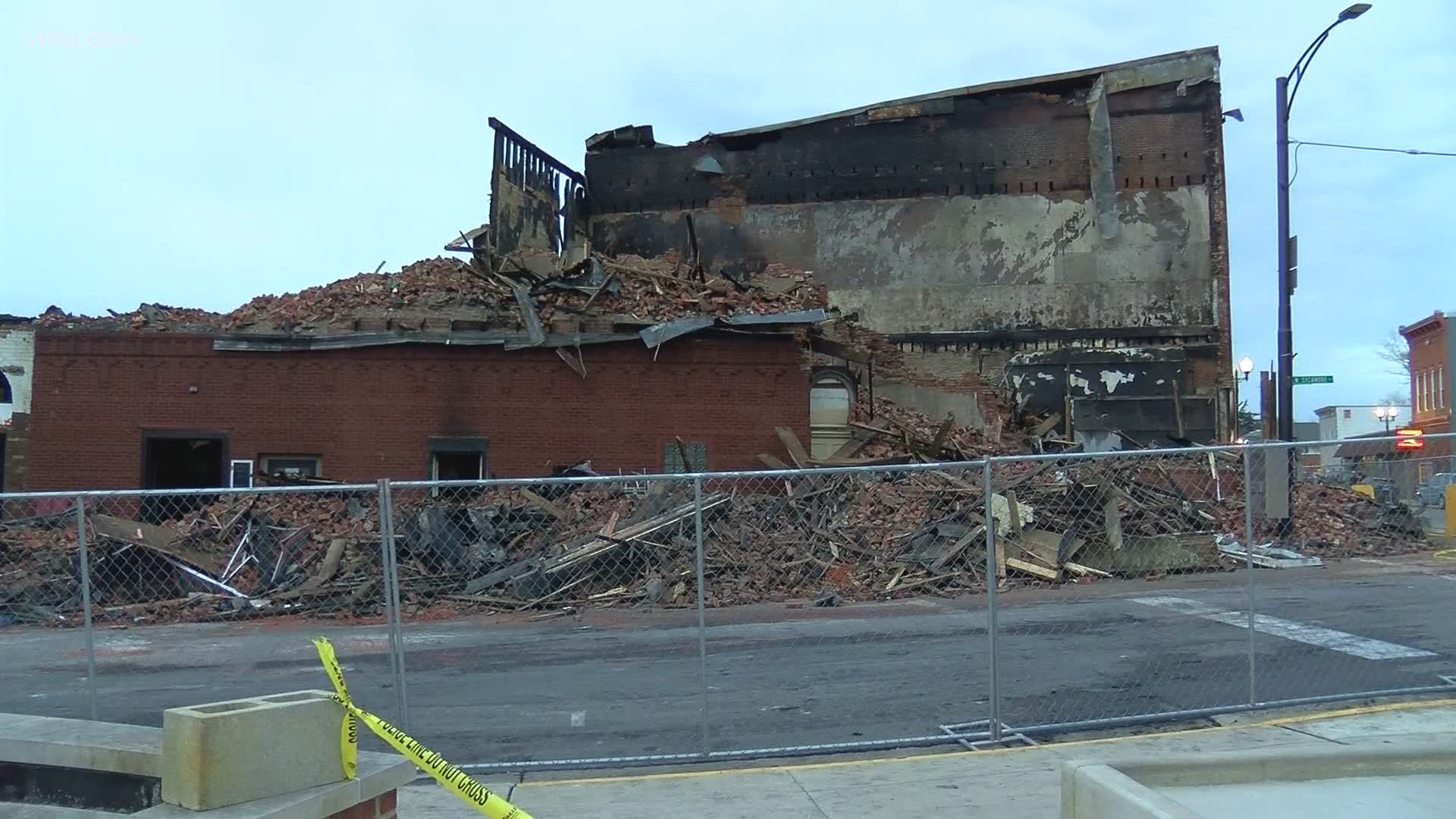 Police say they received a call about a structure fire at the 100 block of N. High Street in Columbus Grove around 10 p.m.

"My mom, she's lived here 50 plus years," said local Marybeth Memire, "and she says this is the biggest fire the town's ever had."

The businesses that were damaged include Pizza 101, The Rowdy Rooster, The Bloom Boutique and Hefner's Printing. All were small, family-owned businesses right in the heart of town, according to the Columbus Grove Chamber of Commerce.

Heffner Printing had been in town for 50 years while Bloom Boutique just opened in March of this year.

Mayor Kenneth Wright thanked all the first responders across Putnam County for coming out to help put out the blaze.

"To see that much equipment here and the fire that much out of control was just mindboggling," Wright said.

The mayor says the feeling in the community has turned from discouraging on Friday night to hopeful on Saturday.

Jason Ball, who grew up in Columbus Grove and now owns Tony's restaurant in nearby Ottawa, says he was thankful for how the community helped him after the 2007 flood disaster.

"Twelve, thirteen years since that happened," Ball said, "and as soon as I saw this news, I said, I need to do my payback and give back to the community for what they did to me."

On Saturday morning, Ball started a GoFundMe fundraiser to help the businesses that were lost recover. You can donate here.

"Every little bit helps. I remember that from my house when I lost my house, it's just important to be thankful that we have a community like the mayor said where everyone is willing to support each other," Ball said.

For anyone who doesn't want to use GoFundMe, donations can be made at the Fort Jennings State Bank in Columbus Grove.

Checks can be made out to the Columbus Grove Chamber of Commerce with the notation “Columbus Grove Small Business Fire Relief Fund”.

Donations can be dropped off or mailed to:

The fire is still under investigation. But Wright says he's grateful for everyone that is stepping up to help and he's overwhelmed by the response.

"The school rivalries are intense but last night, when you start seeing other communities come pouring in with their equipment to help you out, you see what you really have as a county," he said.

Toledo councilwoman, mothers of slain sons initiate 48 hours of no gun violence in the Glass City