The medal was lost during a move, and the family says its return brings them a sense of healing. 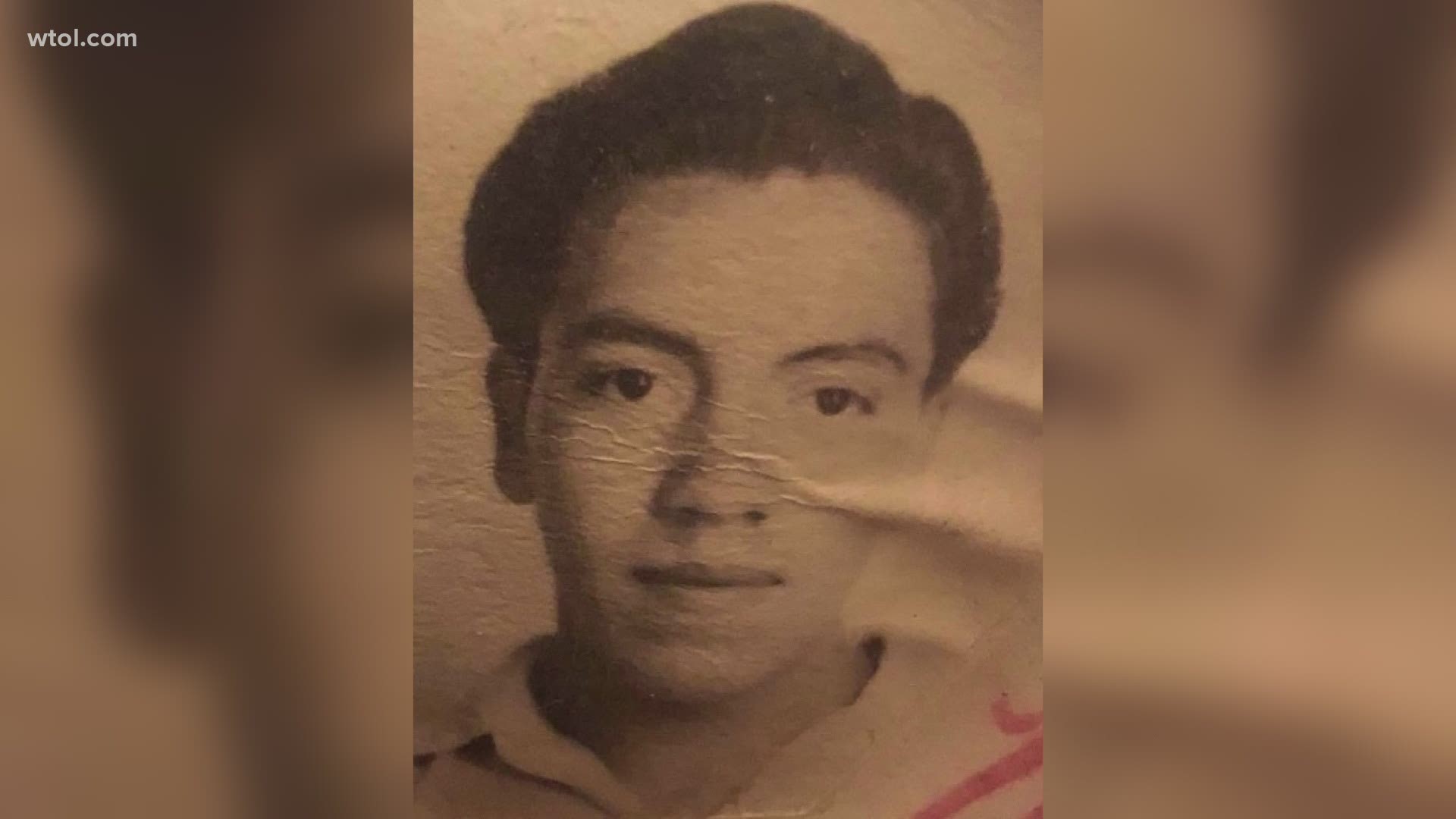 TOLEDO, Ohio — A Purple Heart medal is finally back in the hands of a local veteran's family after being lost for nearly a decade.

Private First Class Vincent Joseph Chavez was killed in action in North Korea when he was just 26 years old.

In an emotional ceremony, Carmen Mary Chavez received her father's Purple Heart that was lost during a move eight years ago.

"[It's a] very special day. I'm just so grateful and so honored. And I just can't thank Erin enough for bringing this to me," said Carmen.

Carmen was only 8 months old when her father was killed. She and her family received the medal at Calvary Cemetery, where he father is buried, after someone returned the Purple Heart to her through the non-profit organization "Purple Hearts Reunited."

"[It's] been on my mind a while that I had lost the medal. And now it's come home to me. And I'm just so grateful. I'm so happy. This is special. A special day," said Carmen.

"It's gratifying that somebody would take the time to find and to give back what my cousin lost, or was taken away from her," added Cecelia McHaffie, the niece of PFC Vincent J Chavez.

It's also a representation of the sacrifices the Chavez family has made for our country.

"This is a family of service, who immigrated to this country and the PFC Chavez of course was killed in action in the Korean War. His brother died while in service in 1945. There are dozens of the Chavez family who have been in service or are in service," said Erin Faith Allen, the Operations Director for Purple Hearts Reunited.

The significance of the Purple Heart is felt deep in this daughter's heart, with pride for the father she never knew.

"It makes me so proud of him. So proud. And honored, you know, and I wish I could have known him. You know, I always had that lost feeling in me. But now, I don't feel lost anymore," said Carmen with a smile on her face.

Purple Hearts Reunited has returned medals and other items to more than 850 families, museums and homes of honor.

They keep a database of missing medals and you can reach out if you're looking for one.