Local Black Lives Matter leader, Julian Mack, says the uniforms worn by some Toledo police at protests give off the sense of military monitoring. 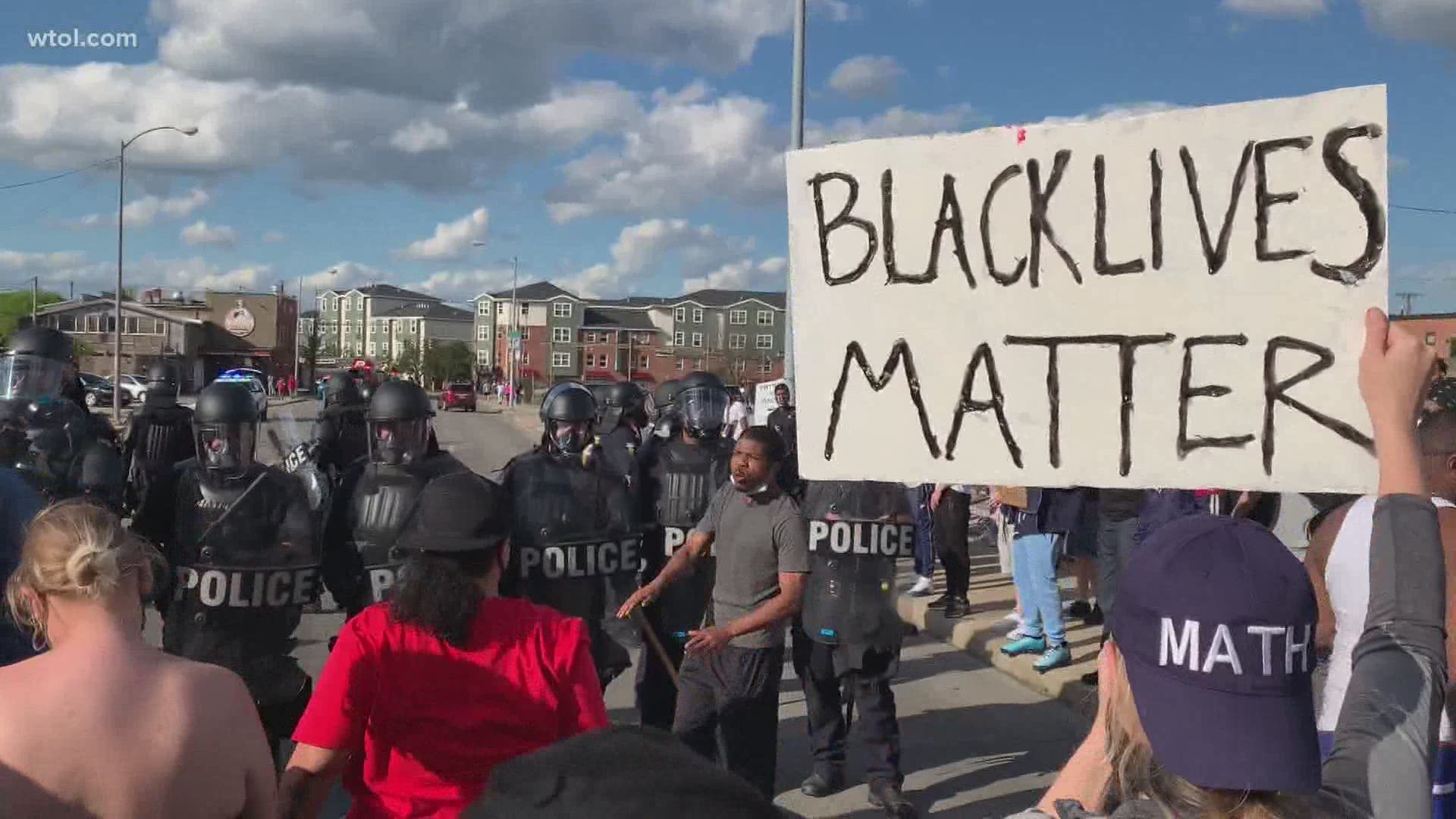 TOLEDO, Ohio — There are some people who are upset the way law enforcement geared up for the first protest in Toledo following the death of George Floyd.

On Wednesday, the Toledo Police Department shed some light on why they wore the gear they used to respond to that rally.

But, local Black Lives Matter leader, Julian Mack, says he wants to see change, as he describes what happened that day.

"There's protesters dressed up in flip-flops and the police are dressed up in riot gear. You tell me who's prepared for a riot?" said Mack.

Mack, a spokesman for the Community Solidarity Response Network of Toledo, says protesters were appalled at what officers were wearing.

However, Lt. Kellie Lenhardt with the Toledo Police Department says it's part of the job.

"Several of our officers are also, they work on FBI or different tasks forces so they are sworn police officers but they often times carry the vest or the tactical gear of what ever task they are assigned to," said Lt. Lenhardt.

The problem, Mack says, is the uniforms look as if the officers belong in the military.

"We've seen across the country the domestic police forces are behaving like an occupying army. And when you're dressed that way, and when you have military equipment, it's much easier to behave that way," said Mack.

According to Lt. Lendhart, these officers can wear anything from riot helmets, to a shield and gas masks.

Credit: Toledo Police Department
A Toledo police officer stands next to a police vehicle with a shattered back window as a result of violent protests Saturday in downtown Toledo.

And she says it's their duty to respond appropriately with what's known as an action response continuum.

"The action was we're getting items thrown at us, we're getting our cars surrounded. We can't see out of our windshields because people are putting posters over it and we have to disperse that crowd. That action has to cease," Lt. Lenhardt.

The crowd was eventually dispersed that night with tear gas and wooden bullets.

It has left some blaming those actions on the police.

"When you see an officer in riot or military gear it doesn't seem like they're there to protect and serve you. Right? So it's not the way to build trust in the community," said Mack.

TPD says the department understands the frustrations and are looking to release up to 10 hours of police audio from that night.

"The chief's been having meetings with upper command and staff to review the incident and see what went well and what didn't go well. If it happens again, what can we improve on. So that we can provide the citizens of Toledo the best service that they deserve," said Lenhardt.