The 'Enough is Enough' shirts were also handed out for free to downtown Findlay protesters. 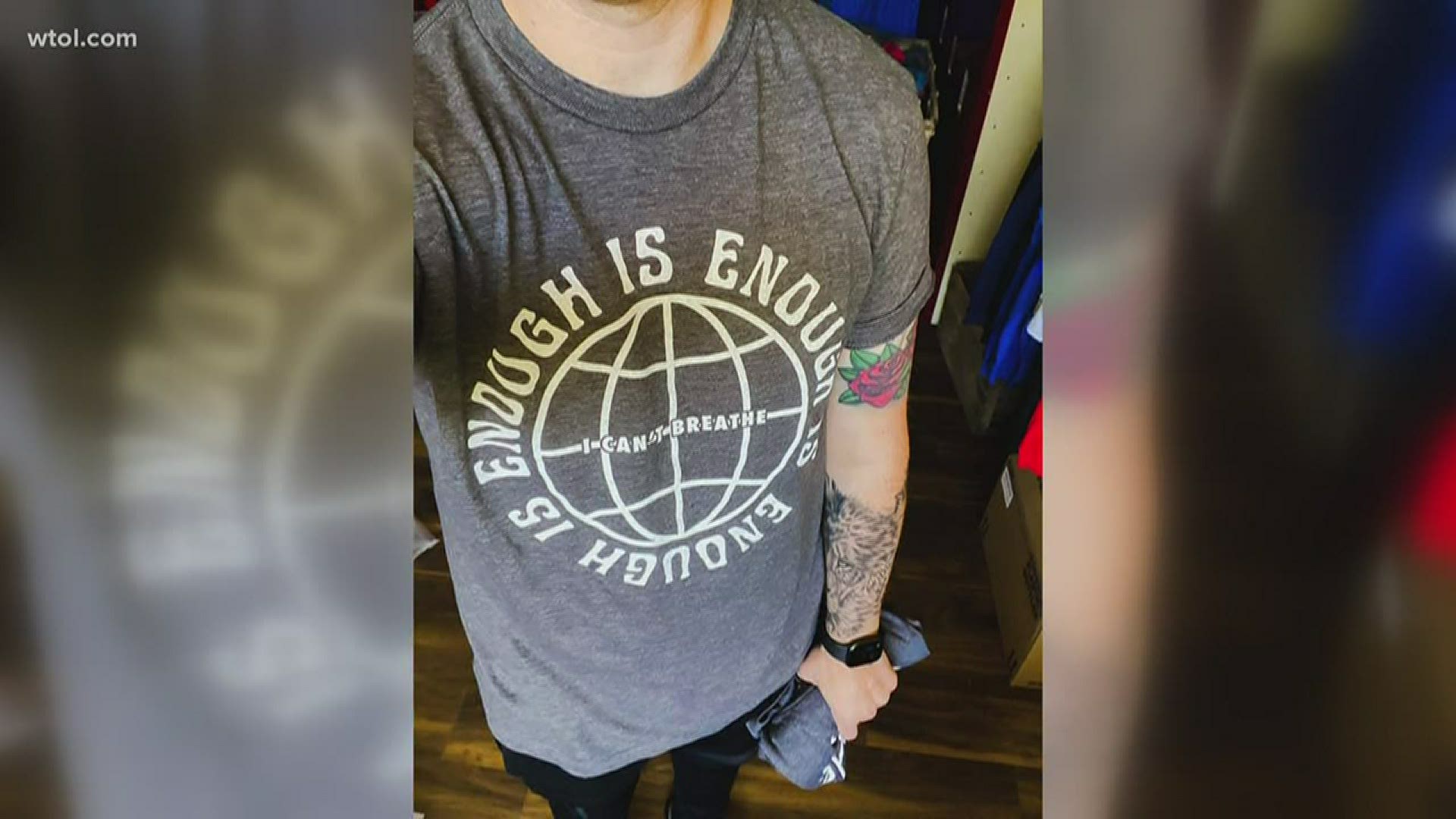 FINDLAY, Ohio — A Findlay business wants to make sure all voices are heard during protests against police violence.

It was a quick decision that needed an even faster turnaround as the folks at Flag City Clothing in Findlay decided they wanted to make t-shirts that helped spread the message of the current nationwide protests opposing police brutality against the black community.

Shirts that read "Enough is Enough" circling around the words "I Can't Breathe" are now available.

You can order the shirts for delivery online for $15, and with each purchase, $10 will be donated to the Black Lives Matter movement.

For the last few days as small, but steady, protests have continued in downtown Findlay, Flag City Clothing has been handing out these shirts for free to the protesters.

"Everyone has value. And we want people to see you value, see your importance. And me myself being a person of color, that's really important to me. So, it's awesome that this business that I'm a part of, that we're able to get this message out there," retail manager for Flag City Clothing Trey Hoy said.

Hoy added they will have free t-shirts to hand out as long as there are people protesting that day.