The six men were initially charged with 'inciting violence' and 'aggravating a riot' before the Ottawa County prosecutor stepped in. 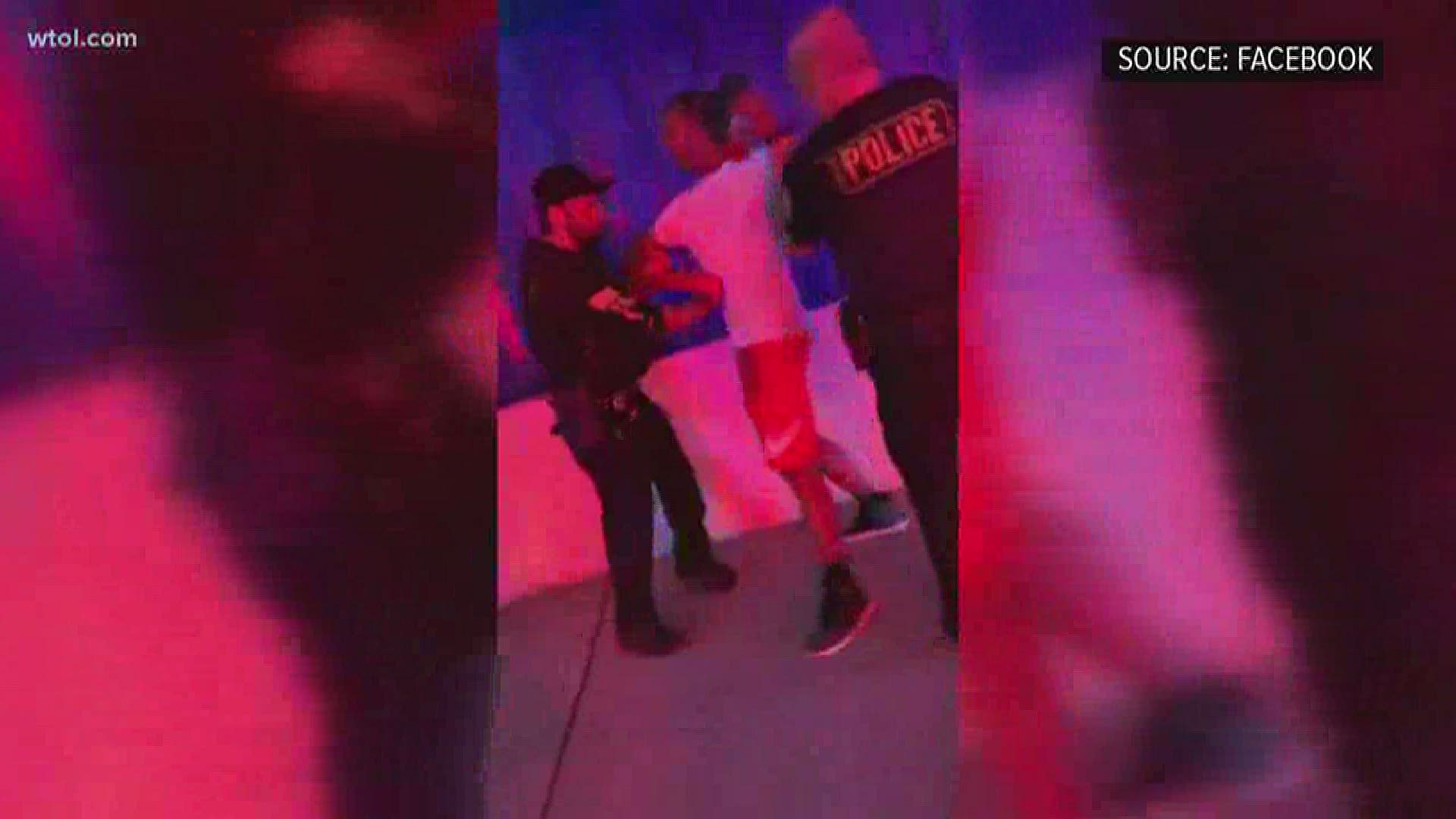 PUT-IN-BAY, Ohio — Six men were released from police custody and had their charges dropped Monday after being accused of "inciting violence" and "aggravating a riot" on Put-in-Bay island.

Late Saturday night, those six men and three women were arrested by Put-in-Bay police, who said the suspects were first stopped for having too many people riding on a 10-person golf cart and running a stop sign.

A video posted on Facebook video shows officers confronting one of the men and handcuffing him.

According to Ottawa County Sheriff Stephen Levorchick, following their arrest, Put-in-Bay police called for additional assistance, saying friends of the suspects were demanding their release.

"They claimed that they were locked inside of their police department and barricaded and that people were trying to break into the police department because of inmates they had locked up inside," Levorchick said.

However, Levorchick said that once he got to the island, he had no issues with the people outside the station and no additional arrests were made.

Put-in-Bay police charged the six men with inciting violence, aggravated riot, assaulting a police officer and resisting arrest. The three women were not jailed, and given court summons.

On Monday, however, Ottawa County Prosecutor James VanEerten dropped all charges and released the six men after reviewing both the video on Facebook and police body cameras.

"He dismissed the charges yesterday; wants to review further. And there still could be possible criminal charges coming, but he wants to take a step back and make sure that the proper charges are filed," Levorchick said.

Levorchick took a moment to address the state of the country's justice system as whole, saying current events, like the ongoing protests against racial injustice and police brutality, should be something officer's are consciously thinking about.

"If you're in law enforcement, and what's happening in our country is not on your mind, then you're oblivious. I think there are many issues that need to be resolved," he said.

Levorchick has been the sheriff of Ottawa County since 2011.

He said the biggest failure within America's justice system is a lack of communication.

Levorchick said he believes if everyone - from law enforcement officers, to elected officials and the public - drops any hateful feelings towards each other, it will be a much easier process to find a mutually beneficial solution through love and empathy.

But most importantly, he said that officers in law enforcement have to learn, across the board, how to properly communicate with the public.

Levorchick said that at minimum, all officers should go through strenuous crisis intervention training before they begin their careers in law enforcement.

RELATED: 'He is going to change the world': Funeral held for George Floyd

RELATED: Attorney says police need to be partners, not occupiers