Protesters moved their efforts from various places throughout the city to Mayor Wheeler's apartment complex on Friday night. 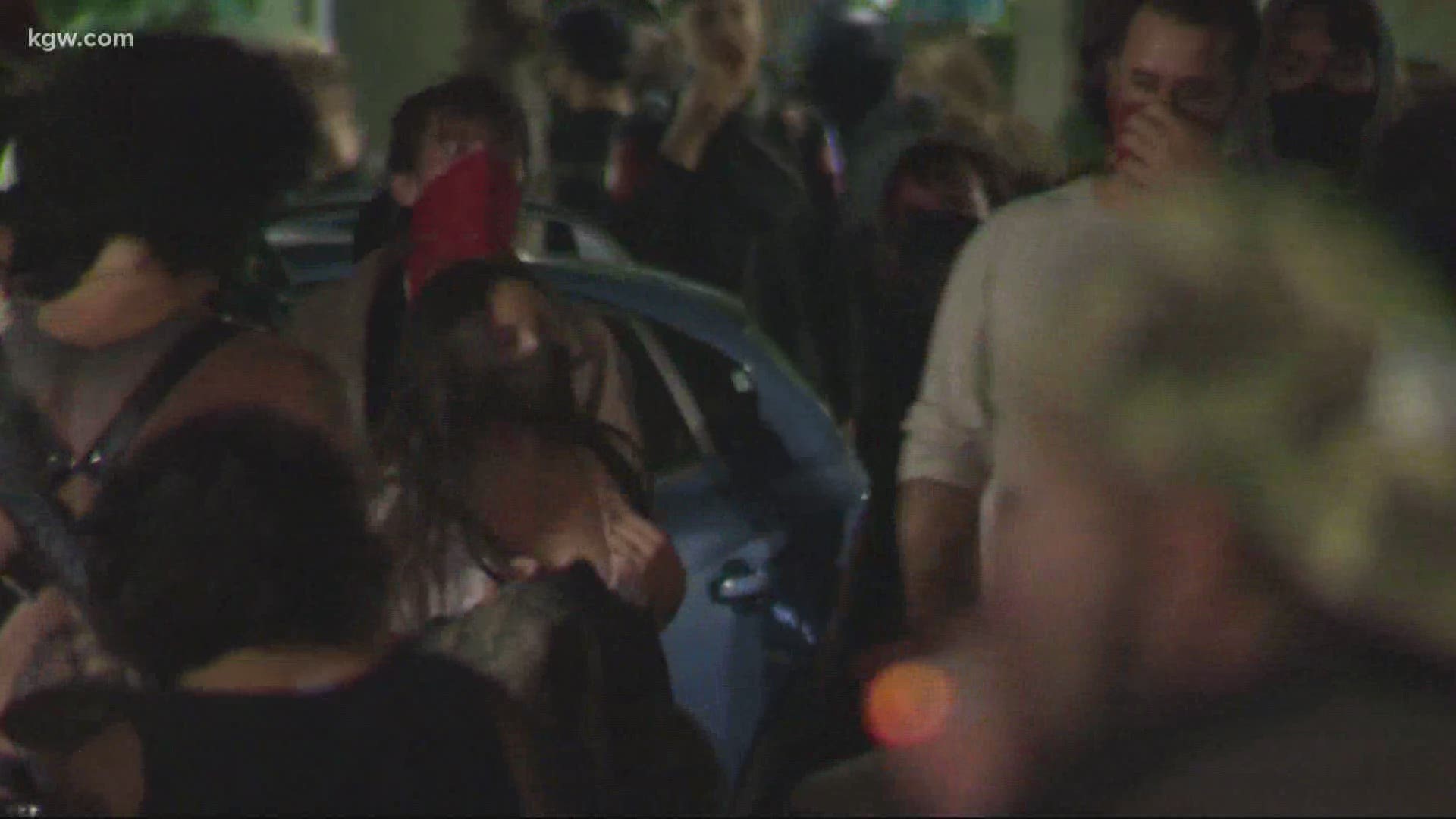 PORTLAND, Ore. — A group of protesters sat inside the lobby of Portland Mayor Ted Wheeler's apartment complex in the Pearl District Friday night, while others demonstrated outside.

Independent journalists on scene estimated there were about 10 people inside the lobby of the building. One of those journalists, Garrison Davis, said the protesters had the following demands for Mayor Wheeler:

Folks have locked themselves in the lobby of Mayor Ted Wheeler’s apartment. Saying they won’t leave till the mayor comes and listens to their demands. #blacklivesmatter #protest #pdx #Portland #Oregon #BLM #PortlandProtest #pdxprotest pic.twitter.com/9pYN9ItYP6

KGW reached out to Mayor Wheeler's office but has not heard back.

The group that was in the lobby eventually left after a few hours. The mayor never met with them.

A larger group, estimated of about 150 by The Oregonian/OregonLive, were outside and listened to speakers and music.

Had to take a moment for Jaelin 🏀

I am in front of Mayor Ted Wheeler’s home, where there’s something of block party happening. A handful of protesters are occupying the lobby. Metal(ish) music is playing#PortlandProtests pic.twitter.com/F7lRPQePaq

According to KGW photographer Jon Gudgel, the crowd appeared to be thinning around 10:40 p.m.

Crowd seems to be thinning out after a protest outside Mayor Ted Wheeler’s NW condo. pic.twitter.com/chpivZTEzO

Elsewhere, there was a vigil at Peninsula Park in North Portland to remember Black lives lost to state violence. Some of the people who protested outside the mayor's apartment reportedly made their way to the park to join the demonstration there.

Another group marched from Peninsula Park to the Portland Police Association building on N Lombard, which has often been a protest site. Portland Police say protesters lit at least one dumpster on fire outside the building, and tried to light the PPA building on fire.

The situation was quickly declared a riot, and multiple arrests were made.

Many protesters from the demonstration at the Pearl District have arrived at Peninsula Park for a late night march. #PortlandProtests #PDXProtests #BlackLivesMatter pic.twitter.com/YiZrtZomAy

Protesters have been making their voices heard in Portland since the killing of George Floyd, the Black Minneapolis man who was died after a police officer knelt on his neck for nearly eight minutes.

They have been calling for the defunding of police and racial equality.

"I live here, and these are my neighbors," Wheeler said back in June. "And I'm sure they're not very happy this morning. They're probably not very excited to be my neighbors at the moment."

RELATED: 'I live here, and these are my neighbors': Mayor Wheeler cleans up after Pearl District protesters