Museum director Adam Levine apologized to the protesters and his staff following a statement he released last week amid protests over the death of George Floyd. 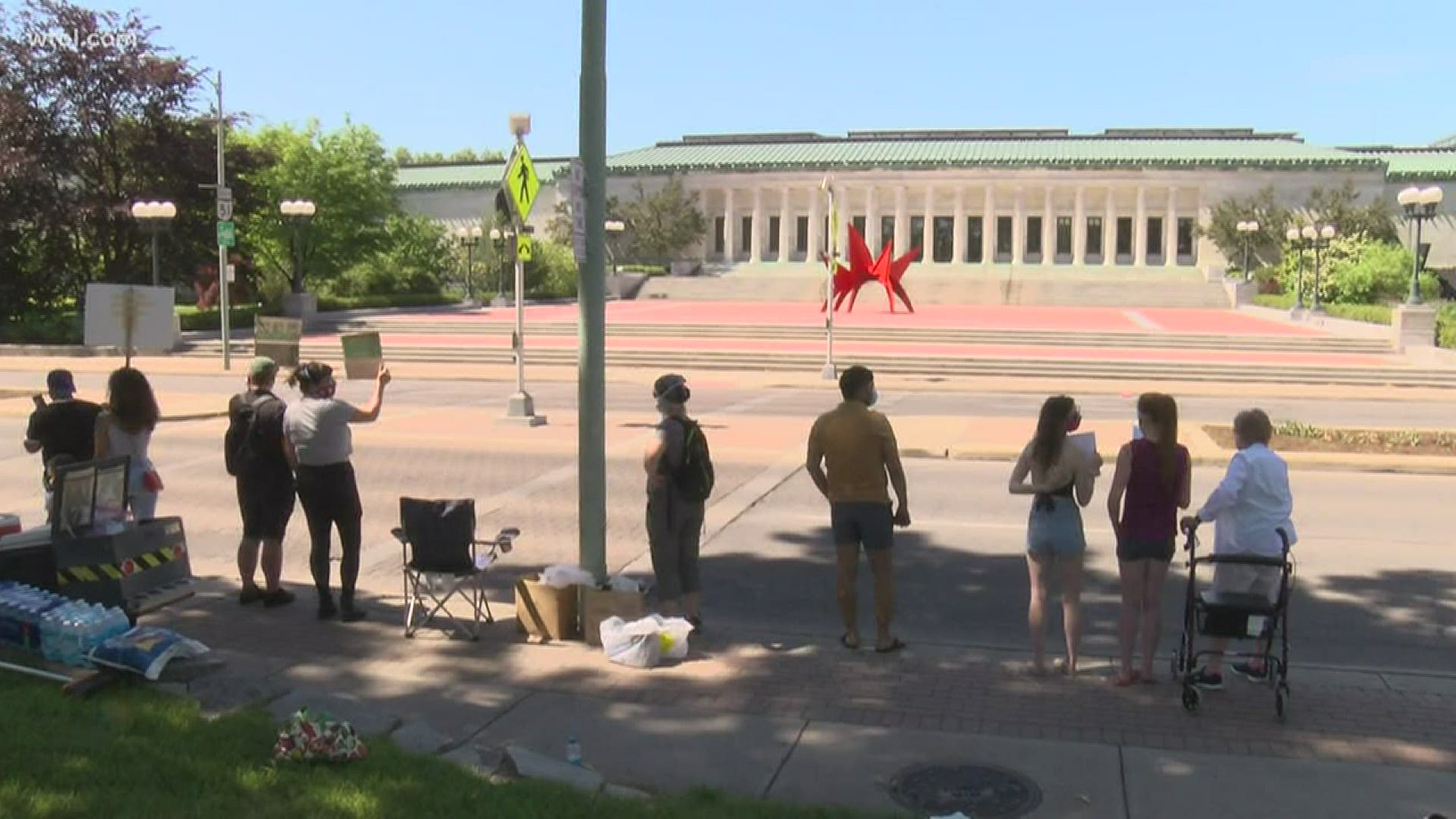 TOLEDO, Ohio — Protesters demanded accountability while rallying outside the Toledo Museum of Art on Tuesday.

Paul Verdell, an artist who organized the protest, says they wanted the museum director to apologize for a statement he released last week during the protest over the death of George Floyd.

Because of that love, Verdell says he took it personally to see the message where Museum Director Adam Levine instructed his staff to take a neutral political stance.

Verdell says it was an insult for those fighting for justice and equality.

Since the post, Levine verbally apologized to his staff and protesters rallying outside on Tuesday.

"People were hurt by that statement. It caused pain and I'm sorry for that. There is no reason to explain for causing pain. All I can do is apologize and say we're gonna more forward. We are gonna take action to create a more equitable and inclusive museum in society," said Levine.

Levine also released a statement where he outlines those future actions the museum will take moving forward.

In the end, Verdell says the goal of the protest was to demand accountability from the director.

And that's exactly what Levine plans to do.

"Make it very clear, museums aren't neutral. They never have been and they never will be. And the Toledo Museum of Art stands in solidarity with the black community," said Levine.

RELATED: Toledo Museum of Art responds to criticism over internal memo regarding protests