Gov. Mike DeWine, Sen. Sherrod Brown, D-Ohio, and Rep. Marcy Kaptur, D-Toledo, weighed in on Lake Erie's current issues and what needs to be done to fix them. 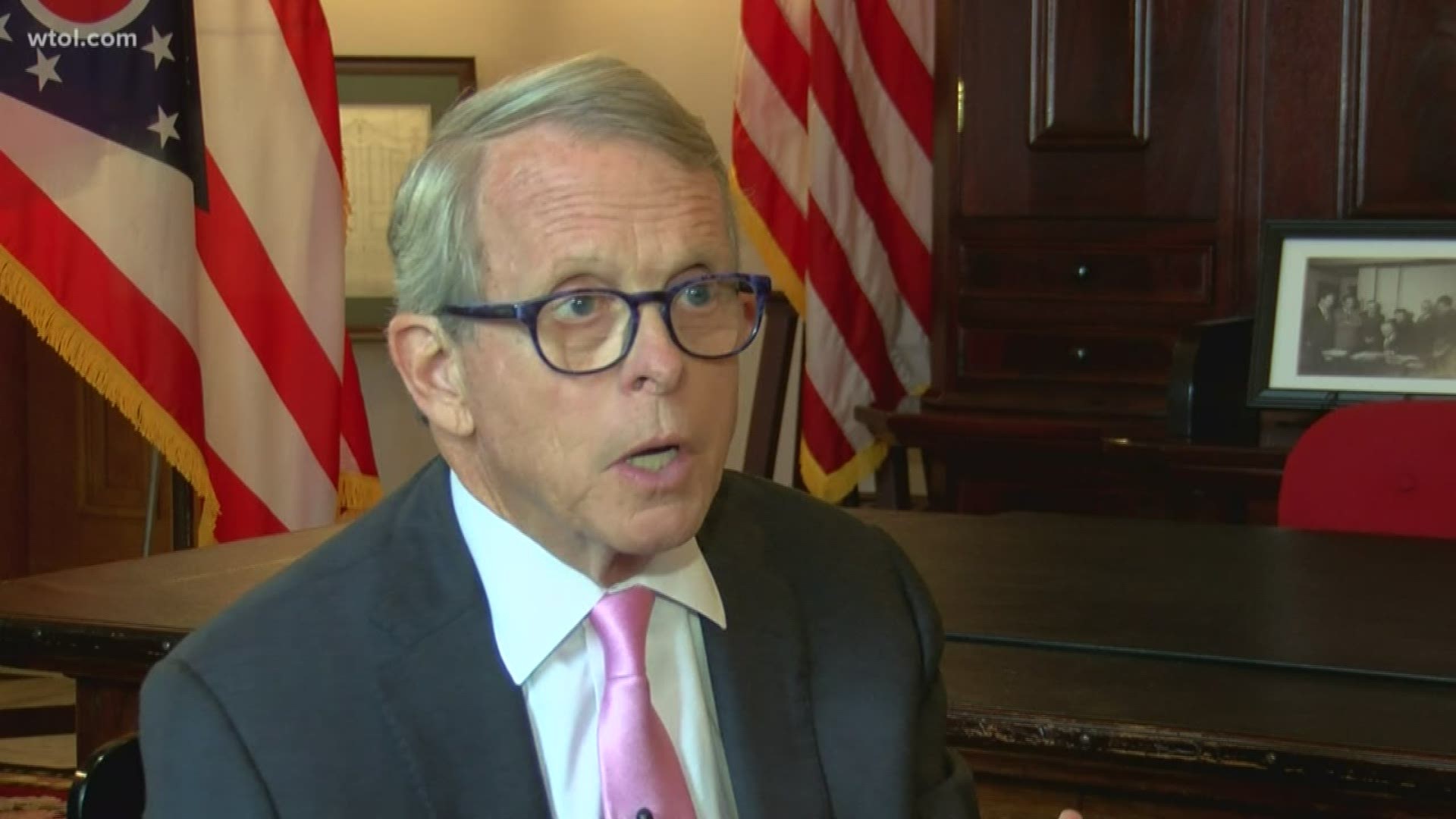 COLUMBUS, Ohio — Toledo's water is safe to drink, but several no-swim advisories remain in effect because of harmful algal blooms.

It's a problem in Lake Erie that our elected officials have been trying to tackle for years now and although Lake Erie itself may not extend to Columbus, but its issues most certainly do.

In an exclusive sit-down interview with Gov. Mike DeWine, he explained that combating the toxic algal blooms in the lake is one of his administration's top two priorities.

"Governing is about deciding, 'Ok, what's really important?' Because you can't do everything," DeWine said. "Protecting Lake Erie is at the top. I don't know what's more important in the state of Ohio -- other than educating our kids and giving them a good, healthy start -- than making sure that Lake Erie, which is such a great jewel for us, continues to survive and continues to get better.

That's why DeWine rolled out his H2Ohio plan earlier this year, which asked for some $900 million from the state legislature over ten years.

However, Ohio lawmakers did not approve the total, rather setting aside enough for the first two years.

But missing from the plan's language is anything about regulations on farmers.

When asked how DeWine planned to regulate industrial farms, he said, "Well, we pretty much know what works and what matters. We know that farmers doing soil testing, extensive soil testing, enables them to more accurately pinpoint what the input is into the soil.

The governor also acknowledged that no fix will happen overnight.

But quick action is what Sen. Sherrod Brown, an Ohio Democrat, is asking for on the national level. He told WTOL he's quite concerned with the lake's algae problem and it needs immediate attention from federal agencies.

"We need the Department of Agriculture -- and the president needs to move on this -- to implement all the conservation measures, especially filter strips and plantings," Brown said.

That's a sentiment echoed by Rep. Marcy Kaptur, also a Democrat who serves a long, narrow district that runs along Lake Erie.

"One of the difficulties of this is that we are a major production bowl," she said. There are more animals, ten times more animals in the region, than people, and they have an effluent every day. We have to learn how to turn that into a product rather than just land-apply it and let the rain wash it off."

It's unclear exactly when DeWine will roll out his updated plan for a cleaner Lake Erie, rather than a greener one.