This year's bloom is expected to be less than last year's, but greater than 2018's. 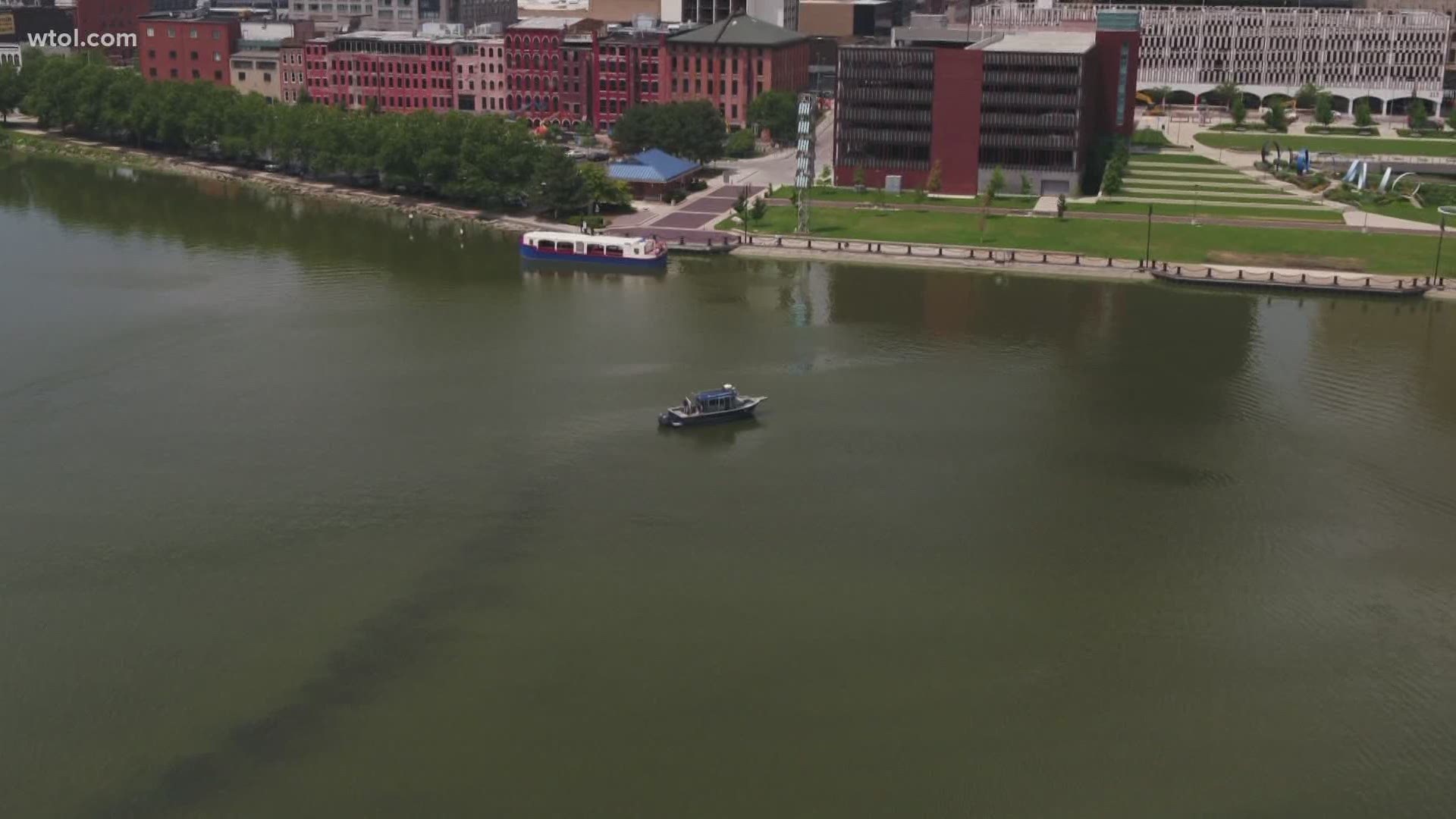 TOLEDO, Ohio — Western Lake Erie is expected to experience a moderate harmful algal bloom this summer, according to the National Oceanic and Atmospheric Administration (NOAA). This year's bloom is expected to measure 4.5 on the severity index. Last year's bloom was 7.3. An index above 5.0 indicates severe blooms.

Although smaller than in 2019, the bloom is still "above the target" on the severity index, said Rick Stumpf, Ph.D., oceanographer at NOAA’s National Centers for Coastal Ocean Science in a webinar hosted by Ohio Sea Grant and Stone Laboratory at The Ohio State University.

"Much of the lake will be fine most of the time," Stumpf said. "There will be a noticeable bloom out on Lake Erie."

Stumpf advised that if you see an algal scum on the surface of the water, you should keep yourself, pets and kids away from it.

Lake Erie algal blooms consist of cyanobacteria, a toxic organism that poses a threat to human and wildlife health.

"A smaller bloom forecast for Lake Erie and the surrounding coastal communities is encouraging, but we cannot be complacent,” said Nicole LeBoeuf, acting director of NOAA’s National Ocean Service. “It is our hope that these science-based tools will help local leaders plan for the predicted bloom and best position the community and its visitors to deal with what comes."

The Toledo-Lucas County Health Department recently issued a public health advisory after discovering a harmful algal bloom in part of the Maumee River.

Stumpf said the bloom in the Maumee River was most likely caused by low river flow and a high lake level. He said when there is still water and high temperatures, phosphorous (a nutrient that propels cyanobacteria's growth) concentrates in the area.

Right now, there is a low concentration bloom in the Western basin of Lake Erie. Stumpf said it is "not unusual for blooms to start in July."

NOAA expects a more typical start of the visible bloom in mid to late July. Calm winds tend to allow the algal toxins to concentrate near the lake's surface. NOAA says it is still too early to predict how toxic the bloom will be.