'Are we on course?': Wrong turn causes top runners to go 2 extra miles during Portland Marathon

The runners said a cyclist pointed them in the wrong direction, partly causing the confusion. 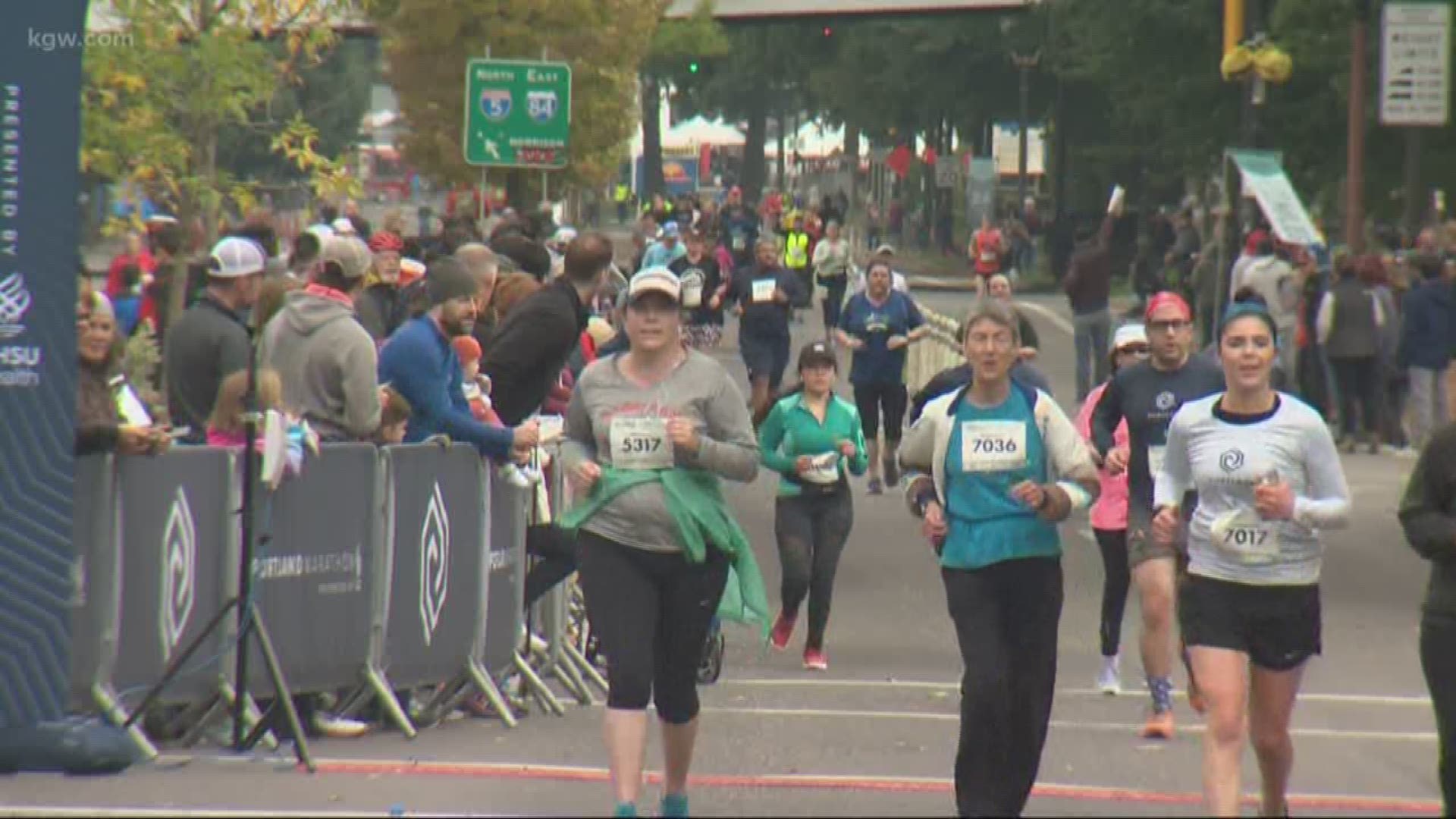 PORTLAND, Ore. — Thousands of runners crossed the finish line at the 2019 OHSU Portland Marathon/Half Marathon that ran through parts of downtown Portland, Sellwood and across the Burnside Bridge.

"It was beautiful, I was running through the neighborhoods, it was perfect conditions. The weather couldn't have been better," marathon runner Justin Roisom said.

Roisom was out in front, running just behind the leader. A few paces behind him was Dan McDowell.

"A lot better energy this year, a lot more people along the course cheering. A positive experience for the first eight miles," McDowell said.

Just after mile 9, runners ran into a cyclist who steered them in the wrong direction.

"There was a biker that was leading the charge and did tell us to continue forward, so we thought we were doing right. We all started figuring something was wrong when our watches started saying mile 10 and there was no marker, there was no aid station," Roisom said.

"The runner behind me was yelling, 'Are we on course?' And I said I don't know. I could see the people in front of me and still chasing them and hoping that suddenly we'd come around the corner and oh yes we're still on the course it just felt weird for a minute," McDowell said.

The missed turn sent them down a busy Barbur Boulevard.

"Cars were passing us, honking at us. We're like something's really wrong here because obviously this is dangerous. We shouldn't be out running on an open highway," Roisom said.

The group of about 15 top runners was stopped at a red light and regrouped. They checked their phones and used a map to get back on course.

"I still accomplished what I wanted to do, I still ran a great race. Unfortunately there's asterisks by my time," Roisom said. "With running and racing, your time is your stamp of approval and your time is what you go by."

Jared Rohatinsky, with Brooksee, the company that organized this year's Portland Marathon, called this an unfortunate and isolated incident. He says the company will take a look at the course to fix any issues and make sure that there are better signs at the turns and volunteers helping direct runners. Rohatinsky also said that the affected runners would be refunded and given free entry into future Portland Marathons put on by Brooksee.

Roisom and McDowell both say they would run the marathon again in the future.

"I ran the inaugural 28 mile marathon for Portland. One of the founding members of it," Roisom joked.

RELATED: Runner says fear of missing out led her to cheat in half-marathon