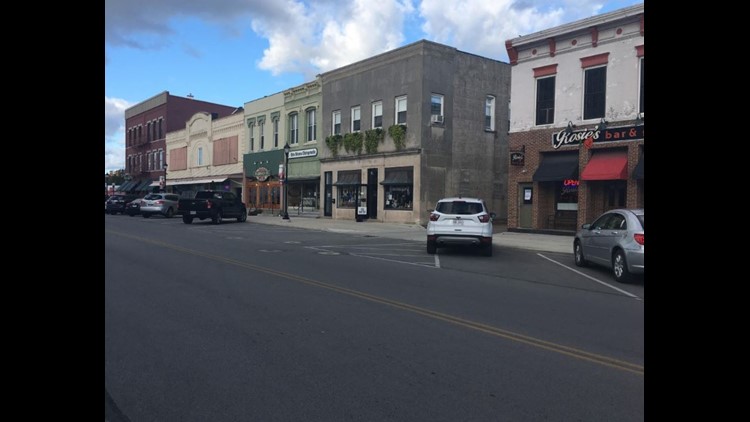 PORT CLINTON, Ohio — It's a new trend for cities, refreshment areas where adults can continue drinking their alcoholic beverage outside.

Tomorrow, Port Clinton is adding their name to the list of cities who can do that.

Some call it DORA, but in Port Clinton it's MORA. It stands for Main Street Outdoor Refreshment Area.

The M.O.R.A, which will be one of the biggest in Northwest Ohio, was first slated to open in September.

It spans nearly 150 acres of space from the lakeshore down to the railroad tracks in the south and stretches from Adams Street on the east to Monroe Street on the west in addition to downtown.

"I think it's good for the downtown that people can actually come in and purchase a drink and walk around. I think hopefully it will help some of the businesses downtown that have retail shops for people to go in and out."

Kevin Lowe owns Rosie's Bar and Grill on Madison Street in Downtown Port Clinton. He said they've been hoping for this MORA for a long time.

His business is loaded with information about the program to make sure customers and his staff are ready for its rollout on Friday.

“Just letting the staff know, making sure they know to push it,” explained Kevin Lowe. “And to explain the rules to everyone so that everyone is safe and that nobody gets in trouble," said Lowe.

Port Clinton's MORA covers more than just Madison Street. It covers a large portion of their town even along the lakeshore. Residents said they believe it's a good idea because it will bring business to other parts of their town.

"I think it will get like more customers to the bar,” said Dalton Lieb of Port Clinton. “Like if you want to like sit outside and just have your drink and just look at the sunset or something I feel like that's a really good idea."

"I think it will do very well especially come summertime,” said Rose Cheid, of Port Clinton. “We can get a lot of the tourists that like to explore this area with a drink in their hand as it is. I mean we have three taverns I believe just along this side on this street and it would help encourage some of the tavern business at least."

MORA runs seven days a week from noon until midnight, but there are a few rules: Your drink needs to be in the designated cup, you cannot carry the cup into another business location and you must stay within the boundary limits.

With a nice weekend forecast and fun events coming up, businesses are hoping they have enough cups as the MORA meets the lakeshore.

"I think we have enough on hand for this weekend,” said Lowe. “So, we'll see how it goes."

"It’s probably going to be a good time though," explained Gavin Cheid, of Port Clinton.

RELATED: Port Clinton approves one of the biggest DORAs in northwest Ohio