Esther Westenbarger lived in east Toledo and worked at Jeep before moving to Indiana over ten years ago. 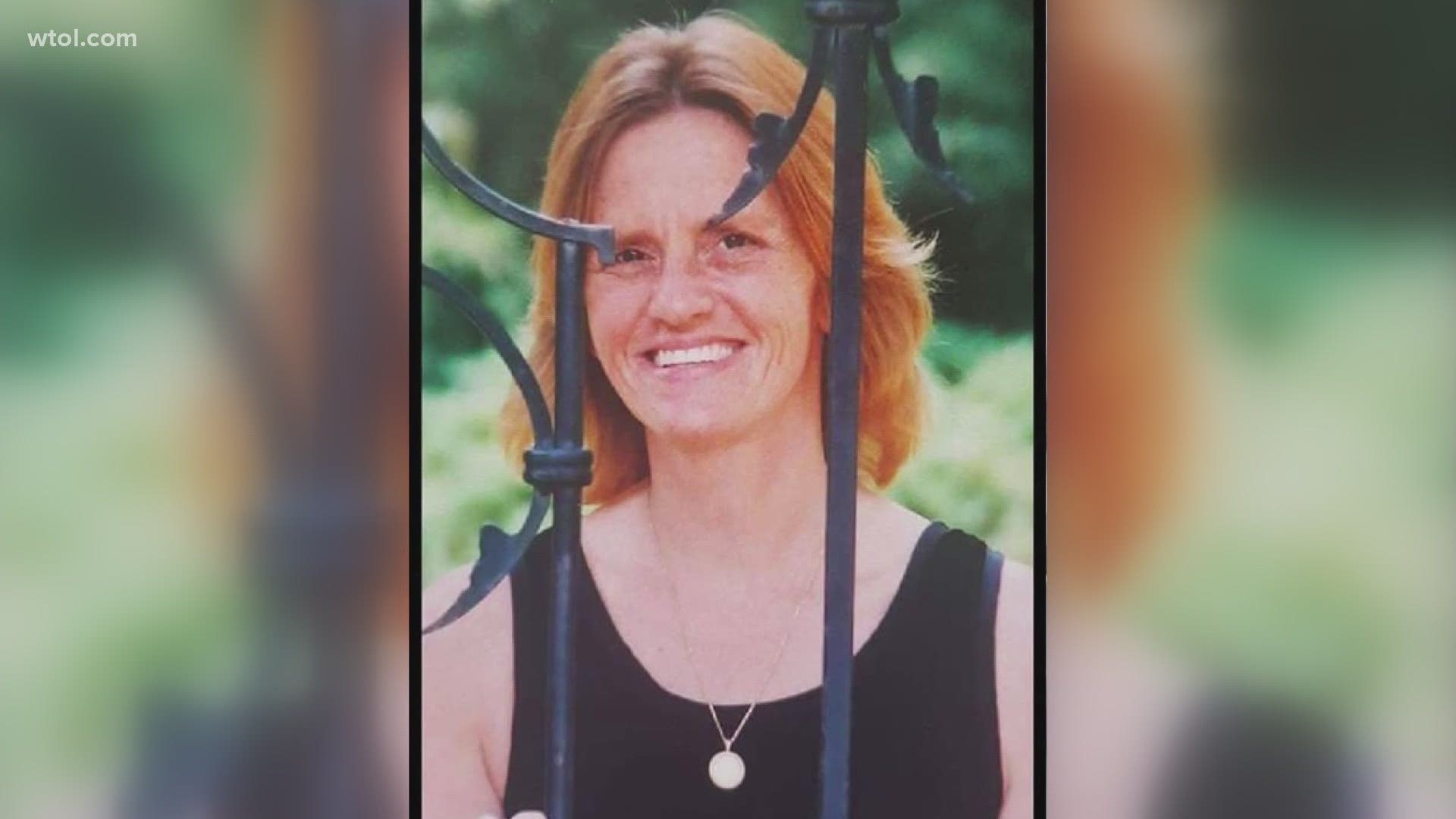 KOKOMO, Ind — It's been over a decade since local woman Esther Westenbarger went missing.

Westenbarger was a native of east Toledo and worked for Jeep before taking a buyout and moving to Indiana.

She was reported missing on November 13, 2009, when she was last seen leaving Miller's Bar on foot to get her vehicle that was parked at the Hoosier Bar.

According to the Howard County Sheriff's Office, Westenbarger’s body was found on Friday at the bottom of a pond in Kokomo, Indiana, inside her 2005 Cadillac CTS.

Police say local fishermen reported that they saw what they believed was a car covered in algae at the body of a retention pond.

The vehicle was pulled from the pond, and authorities discovered one person inside and a license plate of the car reading "Ms Ester."

An autopsy performed the next day says that preliminary investigation and evidence indicate that the vehicle was occupied by Ester Westenbarger, but authorities are waiting to confirm this by forensic dentistry and/or DNA in the near future.

Westenbarger's children say the news brings some closure that they have been seeking.

"Sorrow, sadness, misery. Those are the three words that my life has been since November of 2009. Well, until Wednesday of course," said Esther's daughter Mathilda Rood.

Police are awaiting an autopsy report before officially identifying Westenbarger as the driver, but say preliminary evidence indicates the body is Westenbarger’s.

According to Westernbarger's son Dusty, before moving to Toledo to work at Jeep around 2000, Esther lived in Fostoria and worked at Findlay Industries in Findlay.

The cause of death will be released at the conclusion of the investigation. Neither detectives or the coroner suspects foul play.

RELATED: Nevaeh Buchanan's body was found 11 years ago; her murder is still unsolved