Point Place residents upset, stuck at home while waiting for street to be plowed

Some residents were forced to miss work due to their unplowed road. They're asking the city to come up with a different plan to plow small residential streets. 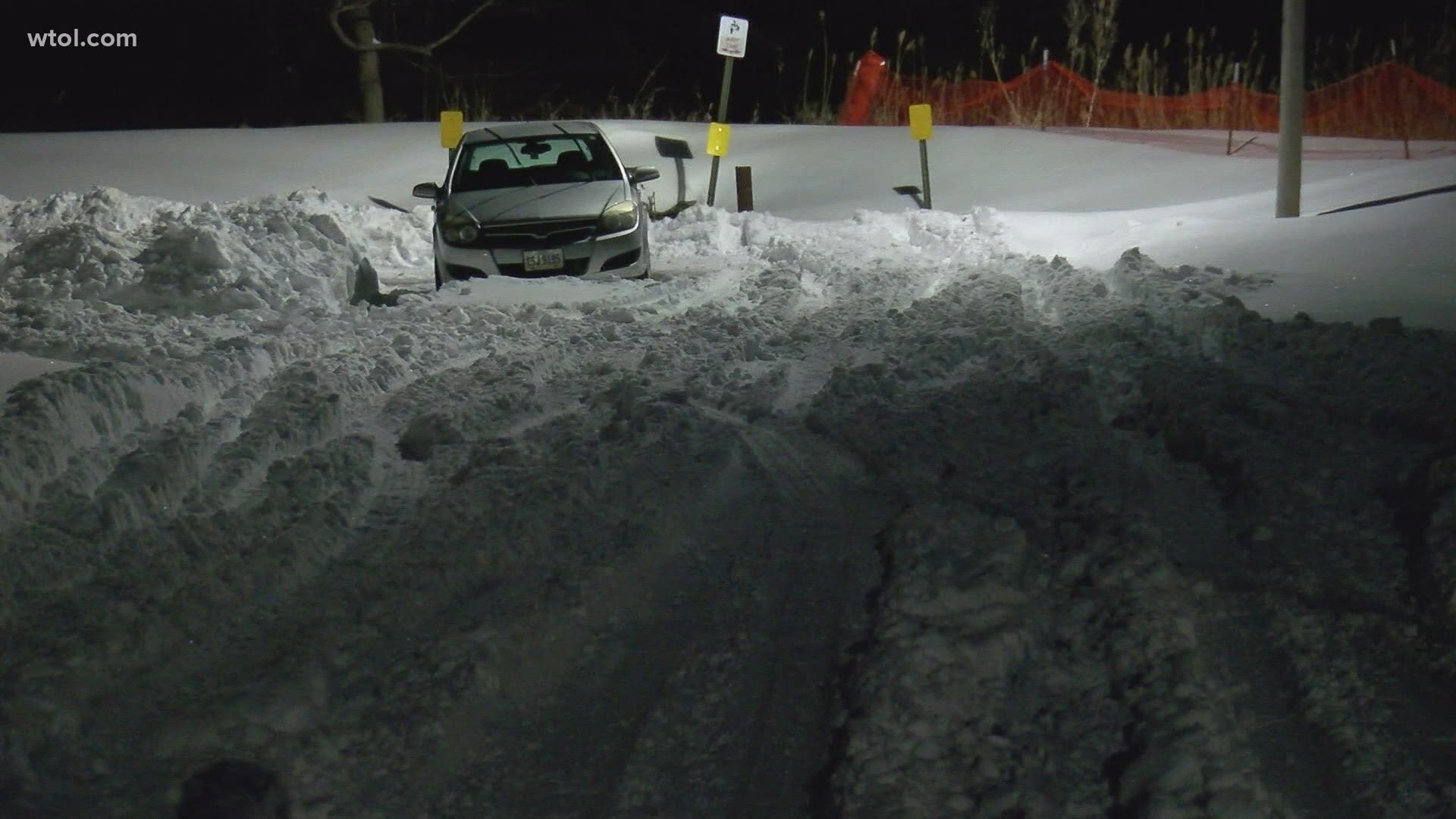 TOLEDO, Ohio — Following Monday night's snowstorm, most of the main roads have been cleared. But there are some people in Point Place who are still stuck at home because they can't drive down their street.

They say they're upset and they want something done as soon as possible.

Several, like the Coon family, live on 105th Street in Point Place.

"I can't make up any excuse besides I can't get down my street," Jake Coon said.

"Yeah, there's no possible way. He'll back up and get stuck right there," Jake's wife, Kalyn, added.

Jake was forced to miss work a day after the storm because he couldn't make it out of his driveway after the snowfall.

The beginning of the street looks clear, but it's a different story once you drive further in.

"We've had other cars stuck and it seems to be all front-wheel drive cars. So we've had to wrap towels around their tires and it's all a sheet of ice under this snow because the last time it snowed, the snow never fully melted," said Jake.

Across the street, Kim Newby was also left stranded after visiting a friend.

"This is the first time in like six years now, we haven't really had a bad snow. So it's just really bad and then they not even coming down here at all. It's ridiculous. This is a small street. Why not just run down it one time, and let everybody out," said Newby.

Residents on the street are now requesting the city do something different.

"Consider the small streets. Like how I live in the back of the Point. And we don't get plowed right away either, but not like this. This is crazy," said Newby.

This way, Jake and his neighbors can make it out and get back to work.

"I've let my boss know that unless the street gets done, I can't show up. I mean, I don't know what's gonna happen with me with work. I might get a point. I might have to be forced to take vacation, I'm not sure," said Jake, "but there's no way I'm gonna spend two hours, three hours trying to undig myself the whole length of the street."

A spokesperson also says at this point all main roads are passable and they about 50% of snow left to clear citywide.