Gibsonburg man, 37, in critical condition after pickup, car collide on US 20 in Sandusky County

OSHP says the man was attempting to turn west onto U.S. 20 from U.S. 23 when he was struck by a pickup hauling a camper going east on U.S. 20. 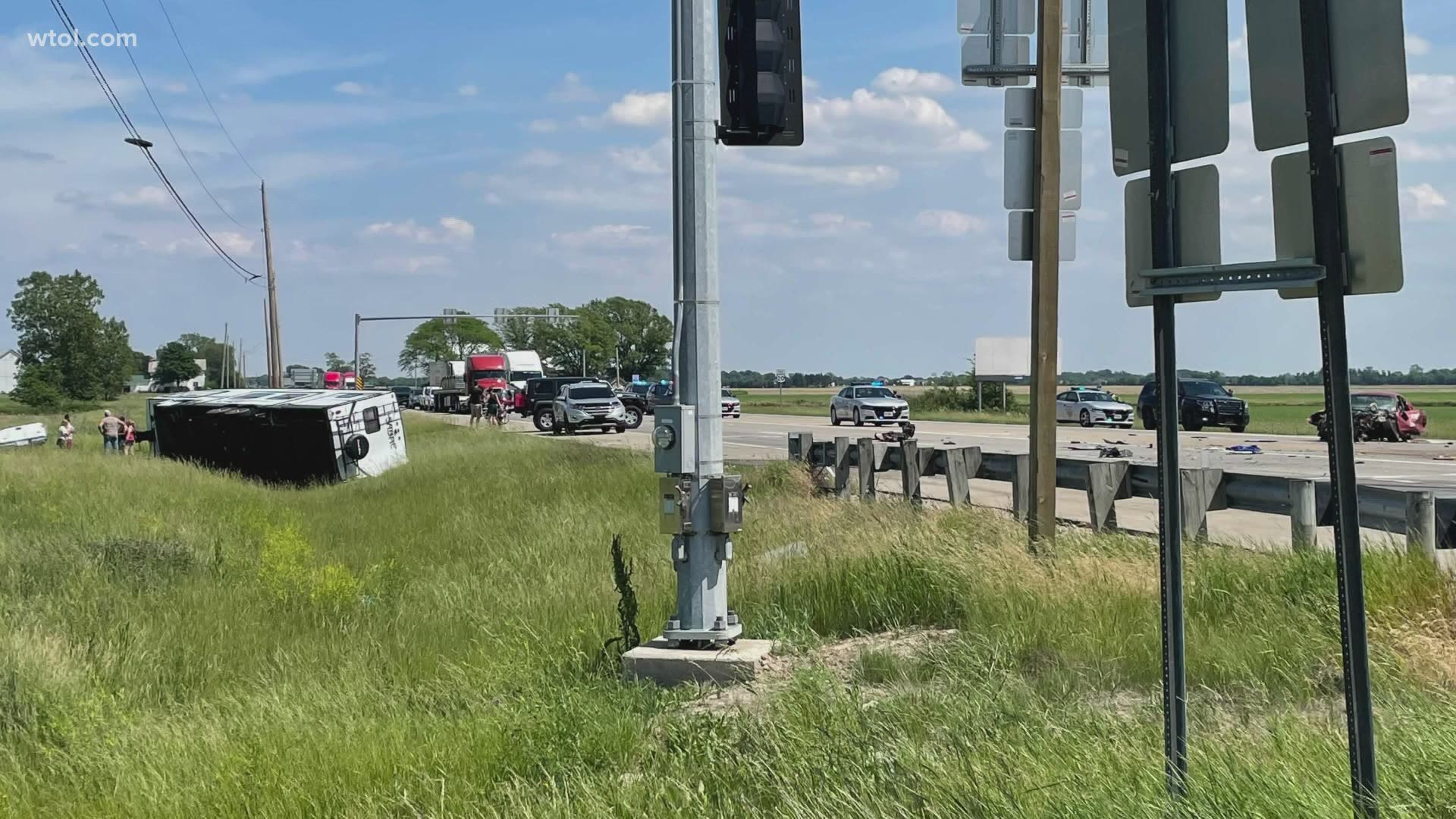 SANDUSKY COUNTY, Ohio — The Ohio State Highway Patrol and Woodville Police responded to a crash at the intersection of U.S. 20 and U.S. 23 near Woodville in Sandusky County on Sunday afternoon.

OSHP says a 37-year-old Gibsonburg man, Timothy Jester Jr., was driving north on U.S. 23 and attempting to make a left hand turn to go west on U.S. 20 when his car was struck by a pickup truck hauling a camper that was being driven by Nicholas Avers, 41, of Perrysburg, who was driving east on U.S. 20.

RELATED: Motorcycle rider dies in head-on crash with car on Primrose and Alexis

Jester’s car spun clockwise and came to rest in the roadway. Meanwhile the truck and camper went off the side of the road and into a ditch.

OSHP says Jester was ejected from his vehicle and became trapped under the car. He had to be flown to the hospital and is currently in critical condition.

Troopers say he was not wearing his seat belt at the time of the crash.