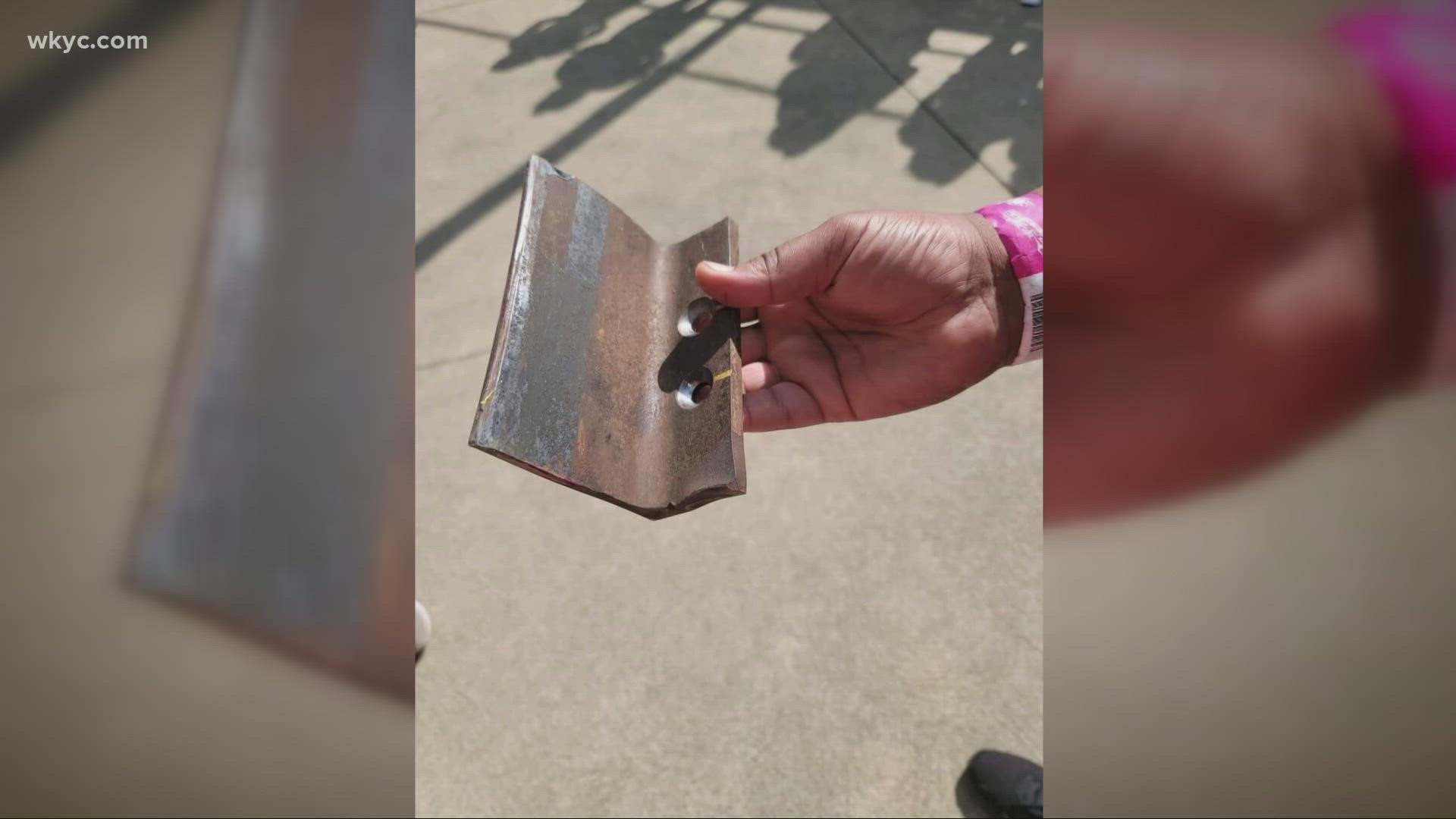 SANDUSKY, Ohio — The Ohio Department of Agriculture continues to investigate the Top Thrill Dragster incident that severely injured a woman at Cedar Point more than a week ago.

The object that struck Rachel Hawes, 44, of Swartz Creek, Michigan, is in the possession of state investigators, who are trying to determine how the steel bracket came loose and hit the woman in the head.

Meanwhile, 3News Investigates has obtained a photo taken by a park guest shortly after the incident. The photo depicts an L-shaped bracket that the guest said depicts the actual plate that injured Hawes.

State officials said they could not positively identify the bracket based only on the photo. However, an investigator told 3News that the bracket in the photo “appears to be similar” to the one that injured the Michigan woman.

"We cannot confirm that is the exact bracket, but it appears similar to the bracket recovered from the Top Thrill Dragster," Meghan Harshbarger, a department spokesperson told 3News.

ODA Chief of Amusement Ride Safety David Miran told reporters earlier this week that the item was an L-shaped piece known as a "flag plate," which is attached to the back of each train and acts as a sensor to help the operating system monitor vehicles on the track.

Miran told members of the media that the plate broke off of the coaster's green train, and that roughly half of the bolts meant to keep it in place had come off.

Portions of the track were also damaged by some sort of impact, but Miran said investigators do not yet know how the piece broke off or where the train was when it did so. He did say it was possible the train was going at its top speed of 120 miles per hour.

The Top Thrill Dragster has been closed since Aug. 15 and park officials said it will remain shuttered through the rest of the year.