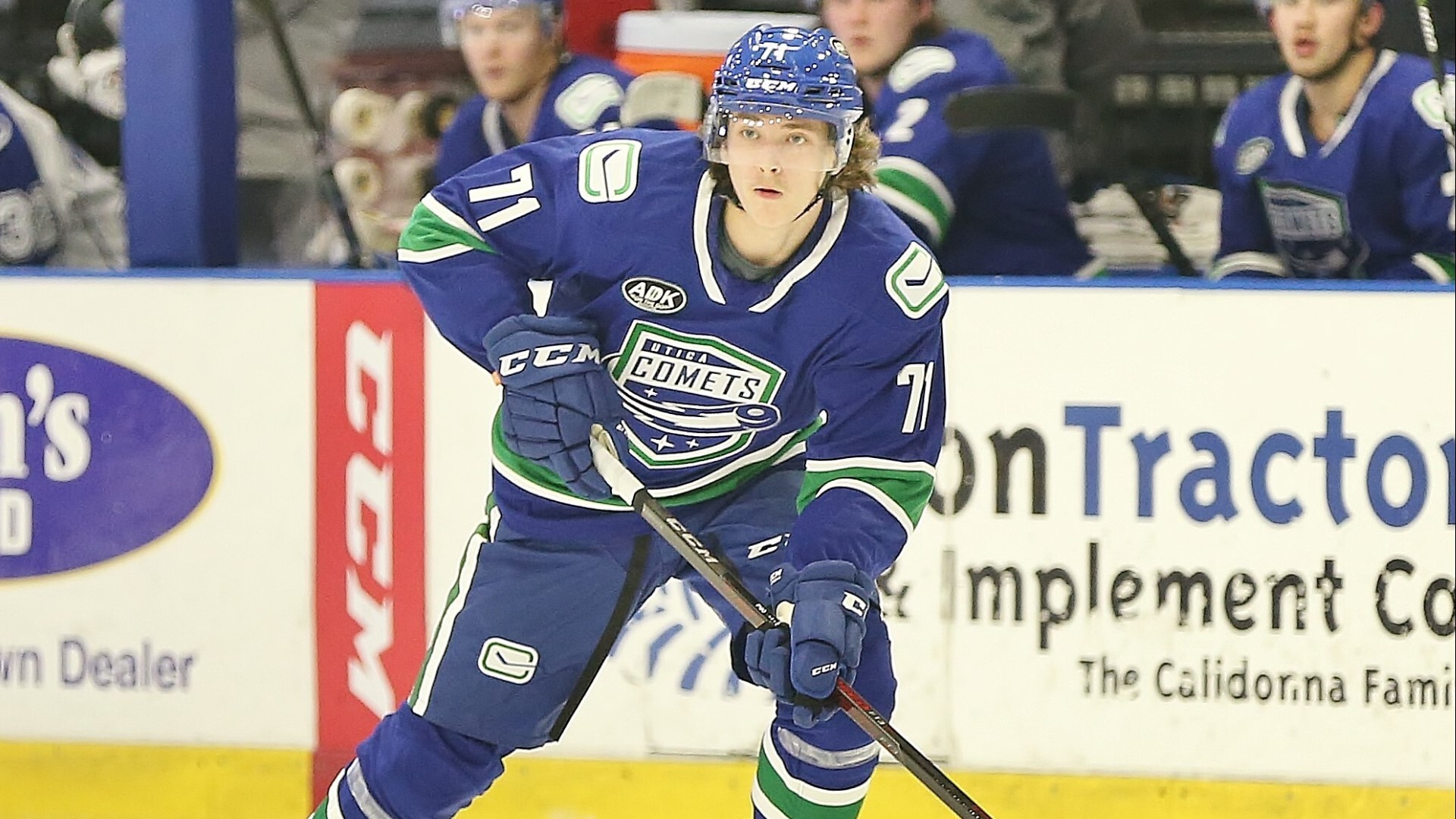 A local hockey product stole the spotlight during his first game representing the United States in a week-long international tournament at USA Hockey Arena in Plymouth, Michigan.

The series pairs two teams consisting of some of the top under-20 players from the United States against squads from Finland and Sweden ahead of the 2022 World Junior Championship. It's a chance for players to earn a spot on the final rosters for their home countries and catch the attention of professional scouts in attendance.

For Dickinson, he has already won the attention of the St. Louis Blues, who picked him in the fifth round, 119th overall, of the 2020 NHL entry draft. Dickinson gave a good show on Sunday with a dominant performance, outshining many players taken earlier in the draft and impressing the Blues scouts in attendance.

They may not have been there for Dickinson alone, but it was impossible to miss him. Dickinson scored twice on goaltender Calle Clang, a Pittsburgh Penguins third-round pick and 2021 best junior player of the year for Sweden's second-tier men's league HockeyAllsvenskan.

Dickinson centered a line that featured a fellow member of the 2020 Blues draft class, Dylan Peterson. Peterson tallied a helper on Dickinson's second goal of the game.

Team USA Blue handed Sweden a loss with a final score of 4-2. Dickinson finished with four shots, plus a team-best two goals and a +2 rating.

Credit: Diane Woodring/WTOL 11
Tanner Dickinson celebrating after his second goal for Team USA Blue against Sweden during his first game of the World Junior Summer Showcase on July 25, 2021 in Plymouth, Michigan.

Sunday's match was Dickinson's first game since May 16 with the Utica Comets of the American Hockey League.

Dickinson made his pro debut that month with the Comets, who are the top-tier affiliate for the Blues. His first game came exactly two months after his 19th birthday. He played three games with the Comets, joining the team in April after the Ontario Hockey League formally canceled the 2020-21 season.

Next season, Dickinson is expected to return to the OHL's Soo Greyhounds to continue playing at the top level of Canadian junior hockey.

But for the rest of the week, Dickinson will suit up for Team USA Blue in hopes of solidifying a spot on the roster of the defending champs and represent the United States at the 2022 IIHF World Junior Championship.

The World Junior Summer Showcase continues with two games a day Tuesday, Wednesday, Friday and Saturday in Plymouth at the USA Hockey Arena.

Passes for each day are $10 and include admission to both games plus free parking. Passes can be purchased at the arena box office or online at USA Hockey's website.