Jeff Seibenick grew up in Perrysburg but now lives and works in Los Angeles on one of the biggest shows on TV, Disney+'s "The Mandalorian." 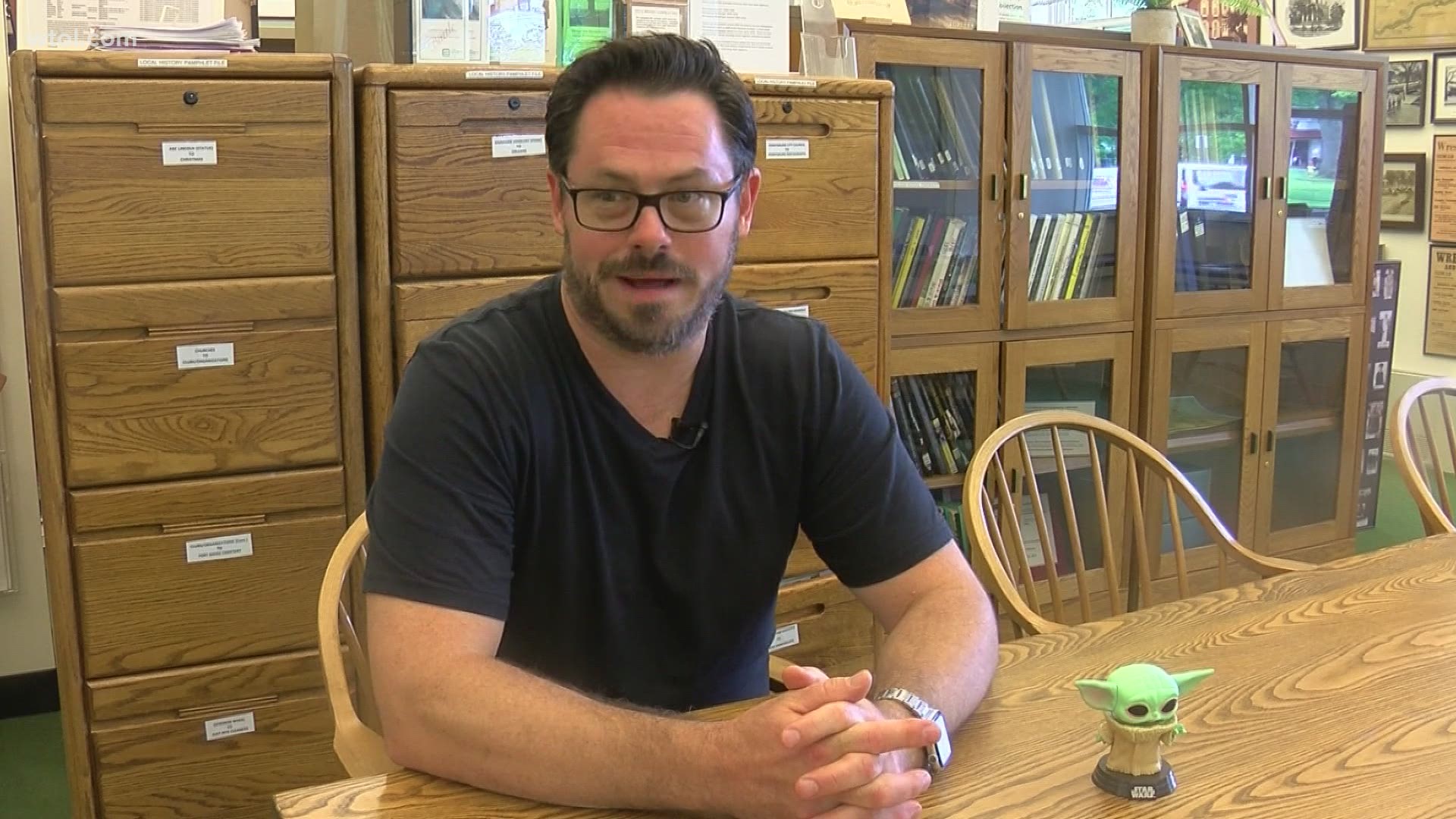 PERRYSBURG, Ohio — You've probably heard of or seen the popular Star Wars show "The Mandalorian" on the streaming platform Disney+. Baby Yoda become a household name overnight when the series premiered back in 2019.

But did you know a Perrysburg High School graduate is one of the show's lead editors?

Jeff Seibenick is one of four editors on the show and to him, it's the best job in the galaxy, getting reactions from everyone on a daily basis.

It's been a long road for him to get to work on one of the biggest TV shows out today. He grew up in northwest Ohio, fooling around with a camera as a kid and graduating from Perrysburg High School in 1994. He wanted to be a director growing up.

Recognize this character on a poster at the Way Public Library in Perrysburg? Well a @PburgSchools HS grad is one of the lead editors on @disneyplus hit #StarWars @themandalorian and he’s now up for an Emmy. I talk to him tonight on @WTOL11Toledo #BabyYoda pic.twitter.com/VFZbKIMmNs

"Our weekend fun was basically going to my mom's basement and making movies," he said.

He went to film school at the University of North Carolina School of the Arts before moving to Los Angeles where his career really started.

"My buddies wound up making an indie film called 'The Foot Fist Way' and they needed an editor," he added, "so we cut it in my studio apartment kitchen."

That film made it into the Sundance Film Festival and gave his friends and him some buzz. From there opportunities struck, with work on HBO series like "Eastbound and Down," NBC's "Parks and Recreation," "Cobra Kai" and CBS' "Young Sheldon" in 2017, where he met "Iron Man" director Jon Favreau, the current showrunner for "The Mandalorian."

"If you ever do anything Star Wars ever, don't call anyone else, I'm the editor for you," he told Favreau.

He's now worked on both seasons of the show, which has been a critical and commercial success. Seibenick says it's always been a dream to work on Star Wars. He has even used sounds from his 2-year old daughter for one of the show's main characters.

"This noise I use all the time in my episodes when baby Yoda goes 'ehhh' and (my daughter) goes 'ehh,' it's pretty cool," he said.

Perrysburg High School theater teacher Robert Gentry taught Seibenick while he was in school. He just retired after 34 years at PHS.

Seibenick stressed it was teachers like him who inspired him to chase his passion and he encourages kids to do the same.

"You have to know that's exactly and only what you want to do and don't stop," Seibenick said, "just keeping doing it."

"When a kid from Perrysburg, Ohio hears that there's someone that actually graduated from their high school, who's now working on an internationally known show," he said, "I think it really shows them that they can do anything."

Seibenick has now been working as an editor for almost 20 years, but he just received his second Emmy nomination for his work on "The Mandalorian."