The Yellow Jackets gymnast's mother says her daughter almost missed a big competition because the school has a 14 day quarantine mandate. 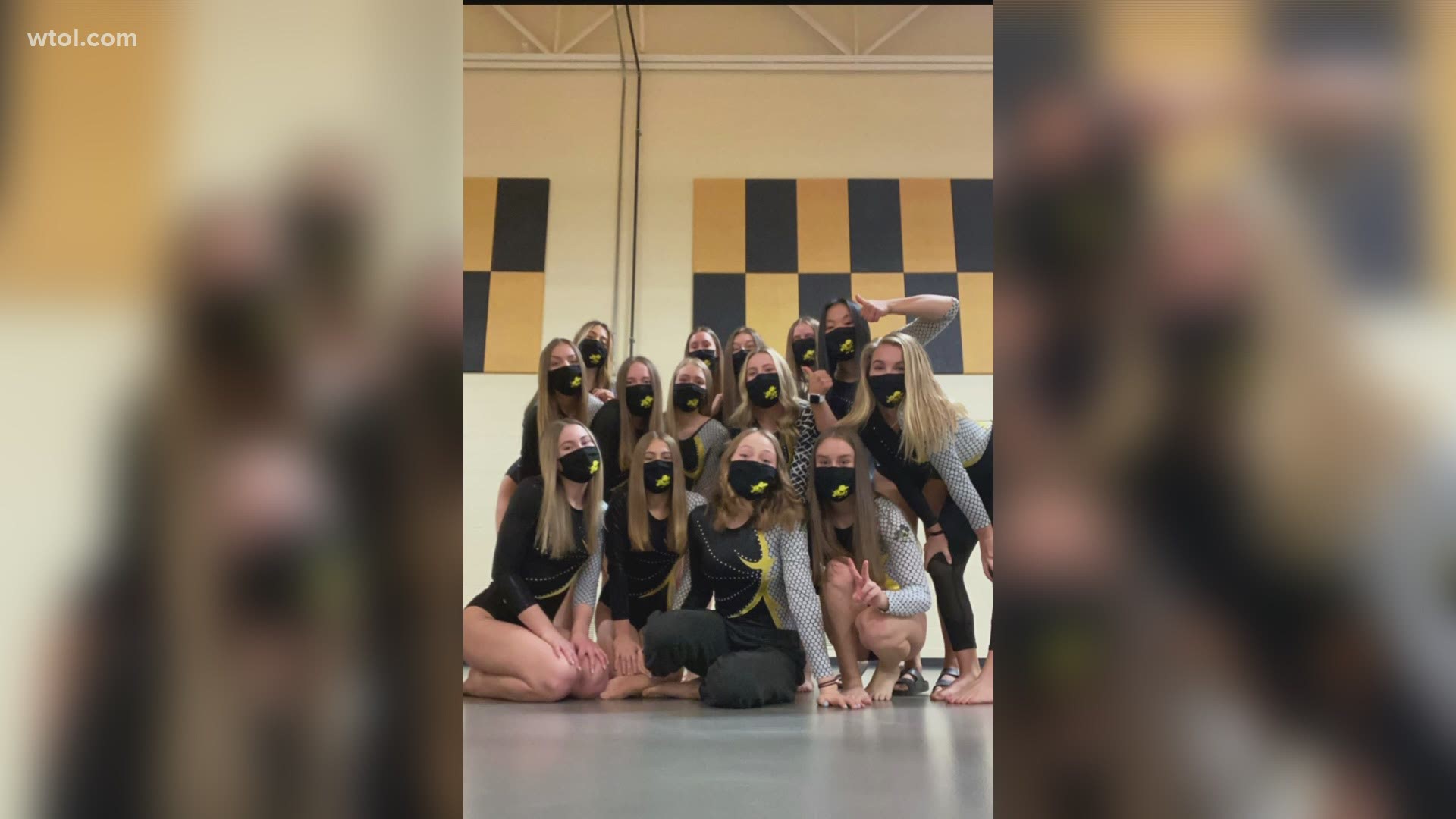 But her mother, Amy Kincaid, says she almost missed the big day.

"On Monday, we received an email that said my daughter was going to be quarantined through Saturday the 27th. The email came, unfortunately, 10 days into what they were terming a 14-day quarantine period," said Amy.

Amy says the school claimed her daughter had been in contact with another person who tested positive for COVID-19 following a basketball game.

Concerned, Amy reached out to Ava's coach and the Perrysburg COVID Response Team.

But on Tuesday, the quarantine still stood.

Amy was not satisfied. She reached out to the Wood County Health Department and after several conversations, they released this statement on Thursday:

At the request of Perrysburg Schools, we worked with them to conduct a comprehensive review of the data.

Through this review, we uncovered additional information that demonstrated that the close contact last occurred on 2/11, making today the last day of quarantine.

Your daughter is free to return to school and activities tomorrow.

"The hardest part is from a mental health perspective. She was still under the understanding that she wasn't going to compete, and a major meet that she's worked on all season for. And so, when I actually told her yesterday that she would be able to compete, she actually at first said 'I'm not sure I want to,'" said Amy.

But her mother says athletes need to be able to play sports, especially with all the ups and downs during COVID-19.

"So had I not spoken up, she can't escalate and say, I know I wasn't around this positive student. She doesn't have that ability. And so I think everything's being done to them. And they have very little control on how to change it," said Amy.

The team did so well, they're now preparing to compete in the state competition.

Amy says she would like school districts to follow the CDC's guidelines, which says quarantine can end after day 10 without testing and if no symptoms have been reported during daily monitoring.