People planning to travel to Toledo from all over country, overseas for Solheim Cup

The tournament at Inverness pits the best female golfers from the U.S. against Europe's top talent. 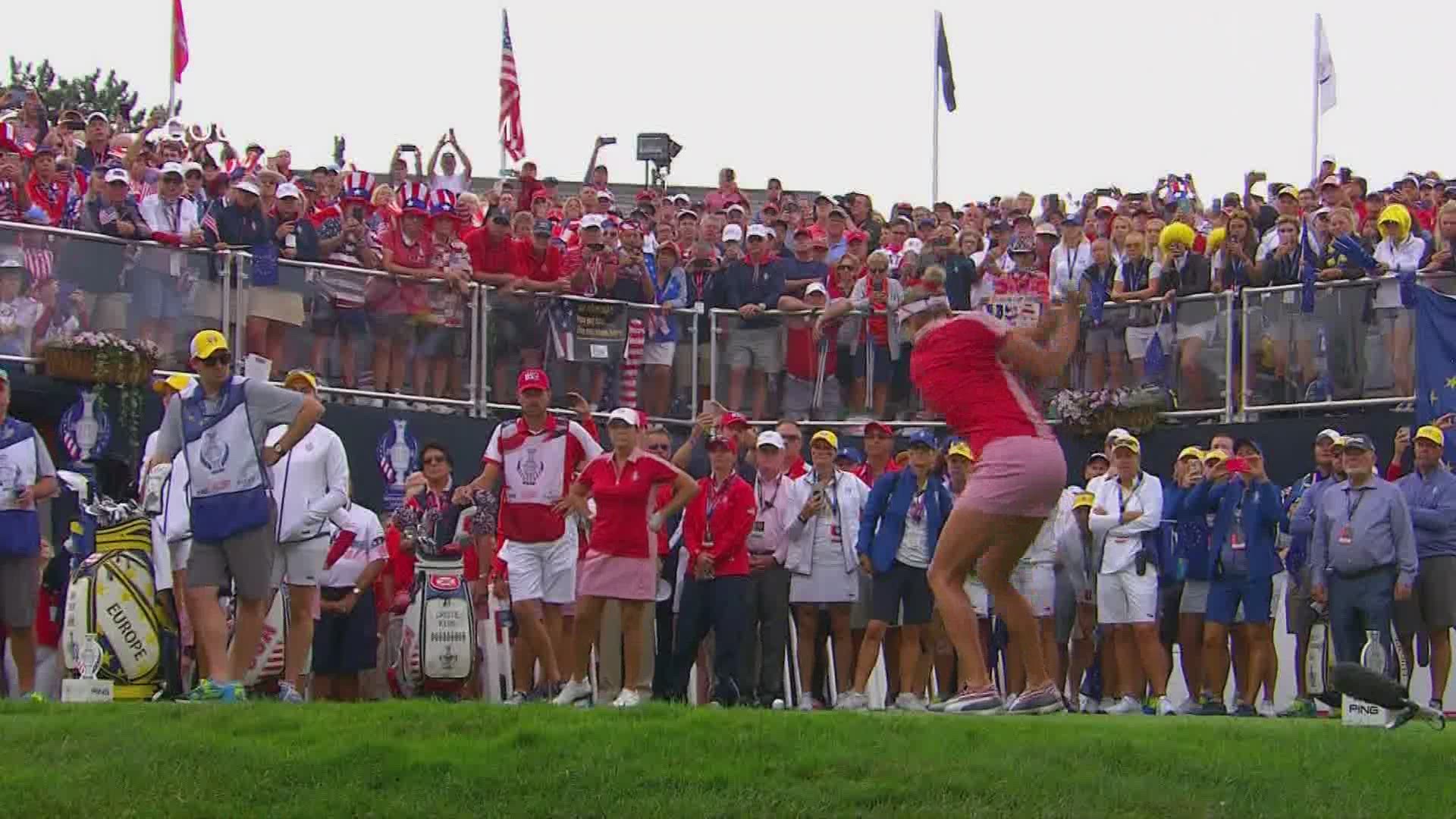 TOLEDO, Ohio — There's a buzz about Toledo right now, and it's building all over the country!

This summer's Solheim Cup at Inverness Club pits the best female golfers from the U.S. against Europe's top talent, and is expected to bring fans nationwide to the Glass City.

Plus, there is already close to another ten percent in sales from overseas!

Newell says this so-called Olympics of golf will be unlike anything local fans have ever seen.

"[The fans] are not sitting in their suites - they want to be out there in the heat of it, in the emotion of it," Newell said.

The vision for the Solheim Cup is huge crowds moving with the golfers, a shared tee at the start and at the turn, and cheering and yelling with excitement.

Make no mistake, organizers know it's a global event - and it's under the current cloud of a global pandemic. But, there is renewed hope.

"I know that this is one of the lights at the end of the tunnel for everyone, and all we have to do is keep focused," said Lucas County commissioner Gary Byers. "Everyone is tired of this entire pandemic, but just a few months more - I'm hopeful we can get through it."

Byers says over the next few months, you can expect to see some serious changes in Toledo to prepare for the tournament.

On Summit Street, where the work has continued even during the pandemic and where the Seagate Hotel is currently, there should be a new pocket park there.

Getting that new green space for the tournament is huge, because it's part of the plan for the fans.

Newell says opening ceremonies are being planned for downtown, as well as a gala at Fifth Third Field.

"It's not only hopeful, but it's a sense of pride for our community," Byers said. "This is a big deal. This is something that the entire world will be watching."

That's why you've been seeing some window-dressing over the last few weeks, like signs near the course, more construction on the Dorr St. interchange, a welcome message on I-475 in Springfield Township and a QR code at International Park that will allow you to buy tickets for the Solheim Cup.

The countdown is on, and hopes are high.

"I think this community will definitely put on, they will set the standard," Newell said.

All part of making sure the Glass City is ready for the spotlight.