Drayton Justus led a championship-winning barbershop quartet in 1971. But now he is facing cancer and he got a special visit from a Louisville quartet at home. 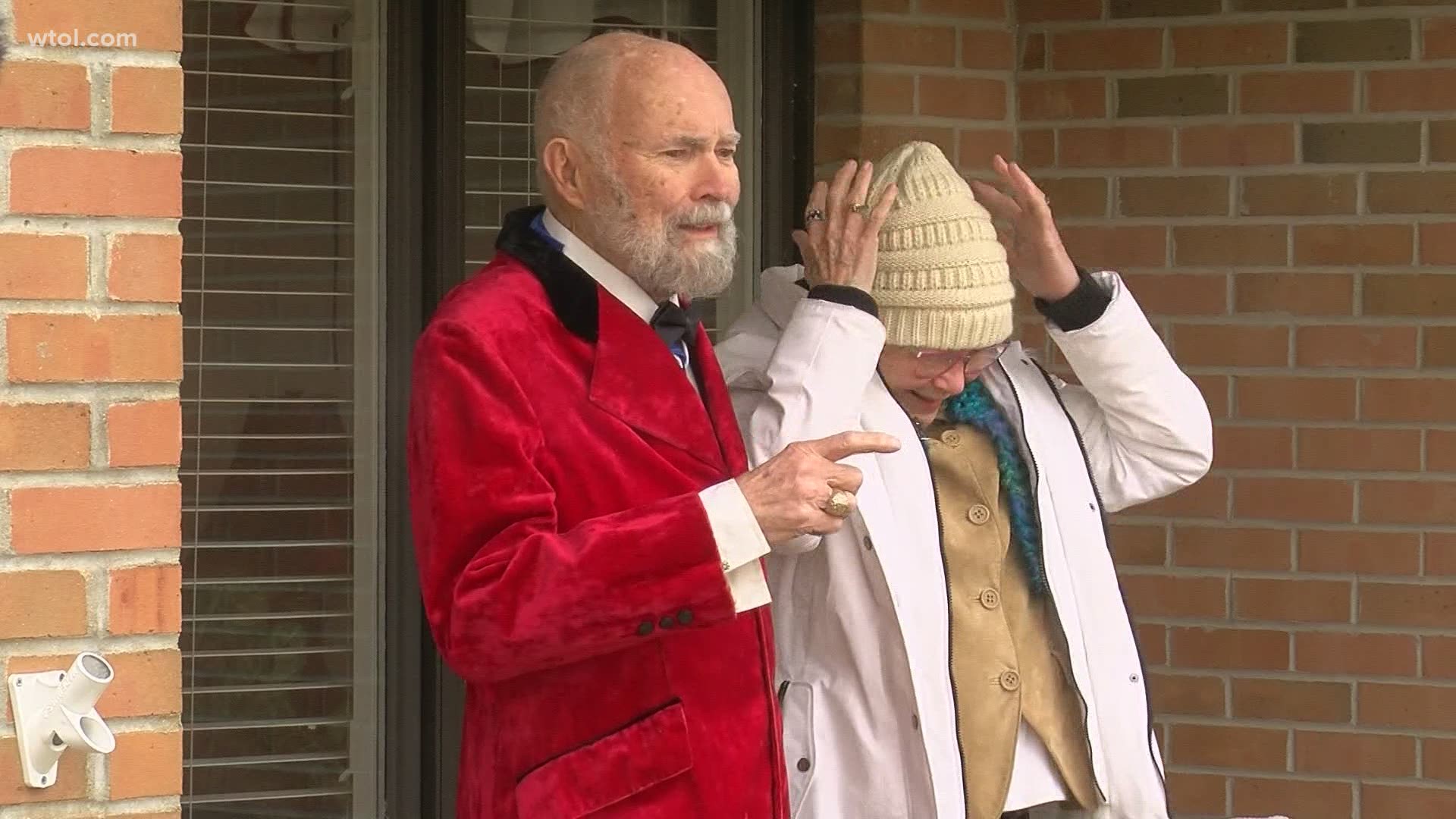 PEMBERVILLE, Ohio — A Pemberville man who once traveled the world leading a barbershop quartet got a special surprise Saturday. Drayton Justus is battling cancer and a renowned barbershop group, the Interstate Rivals, traveled all the way from Louisville to lift his spirits.

Joe Connolly, the lead of the group, says Justus is a legend in the world of barbershop quartets.

Justus has lived a long, harmonious life. His biggest passion has been leading a harmony in a barbershop quartet for most of his life.

"You get this special blend," he said, "this special sound that you don't get anywhere else."

Justus has served as a president of the international Barbershop Harmony society and caused "treble" on the stage winning a world championship in 1971. But sporting the same tuxedo here that he wore back then now, he's facing a different kind of trouble now: a fight with cancer.

The Interstate Rivals heard about his sickness and drove to his house to sing him a song.

"We're here to honor the mighty awesome Drayton Justus," Connolly said, "one of the all time great barbershoppers and human beings to ever grace the planet."

Justus hasn't missed a beat, mouthing the words along with the Rivals during their performance. They say he's been an inspiration to them their whole lives.

Justus has sung around the world, raised kids, fought in Vietnam, and most recently received both doses of the covid-19 vaccine. And he says the world can find peace when you hear the sound of music.

"Especially with the pandemic we're dealing with, it makes moments like this even more wonderful," he said.