David Bogenberger died after a hazing incident at Northern Illinois University in which he rapidly drank several glasses of vodka. 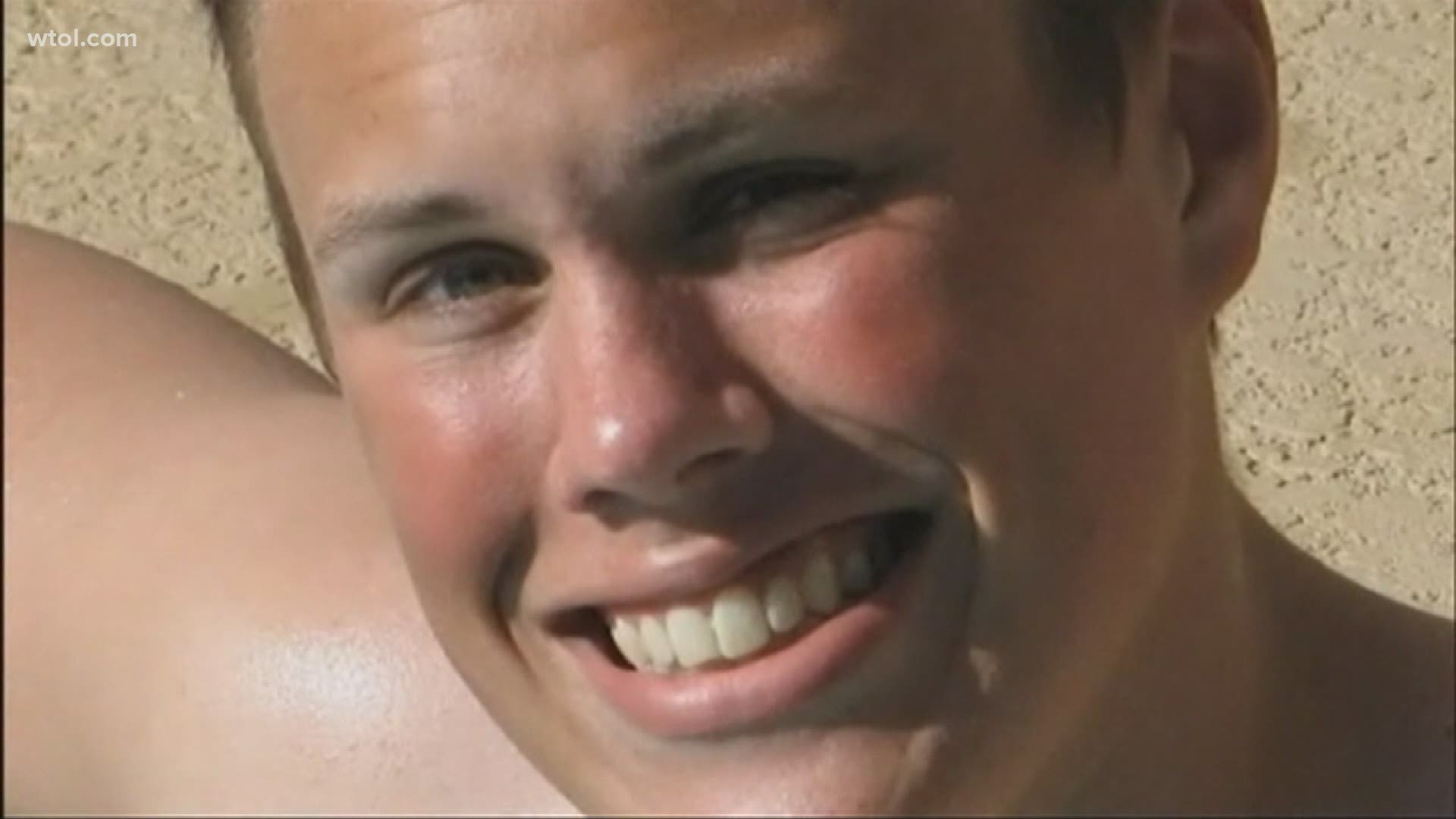 Stone was a pledge for the Pi Kappa Alpha (PIKE) fraternity at Bowling Green State University.

As prayers come in to Stone's family, there's another mother and father who share a similar grief.

Gary and Ruth Bogenberger's son David, died of alcohol poisoning as a result of hazing at Northern Illinois University in 2012.

"I can't get by a day without thinking about my son," said Gary Bogenberger. "It still hasn't struck me that there are supposed to be good feelings to remember. All I remember is the absence and the loss."

At the time, Gary and Ruth expressed frustration with NIU's policies on hazing, as well as drinking.

It's a frustration that they carry almost a decade later.

"It's like the fox in charge of the hen house. Where is the adult supervision? Putting 21-year-olds in charge of 20-year-olds or 19-year-olds. It's just not smart," said Ruth Bogenberger.

Before his death, 19-year-old David and 17 other pledges rapidly drank several glasses of vodka.

After they passed out, fraternity and sorority members who were there did not call for medical help, but placed buckets nearby in case the pledges got sick.

All of the charges were misdemeanors.

To be clear, the circumstances surrounding Stone Foltz's death in Bowling Green this week are still being investigated, but the Bogenbergers still have questions about hazing and how it is allowed at universities.

"Why is this still happening? When is someone going to step up," asked Ruth Bogenberger.

Franklin College Criminology and Penitentiary Science professor Hank Nuwer, an expert on the subject, says pledging a fraternity comes down to basic human nature, a common need for people to get pats on the back.

"There's this tremendous need to belong. And there's this idea that it's comradery, a rite of passage, or a tradition," said Nuwer.

Nuwer defines hazing as any attempt by fraternity members to put pledges through trials or tests that are either demeaning or silly.

"It involves a kind of groupthink which the veteran members make newcomers do things that they would never do individually," Nuwer said. "But when they have the sanctions of the group, they do these activities which go on all the way up to dangerous and sadistic."

So how to tackle the very issue of human nature?

Nuwer says the key may come down to the alumni of fraternities changing what some feel are ageless traditions.

"Alumni would be the biggest problem that we're facing now,” said Nuwer.

“Even when undergraduates [try to get] rid of the tradition of hazing, alumni will often step in and say they're not going to fund the house.

Gary and Ruth Bogenburger point out that a lot of this behavior in fraternities could stop if lawmakers made stiffer penalties for cases of hazing.

They believe universities are more re-active than pro-active and that the schools need to provide supervision and accountability for fraternities and sororities.

Asked if they wanted to say anything to Stone Foltz's family, Gary and Ruth Bodenberger said, "If you talk to Stone's family, give them our regards."

There are other members in this fraternity of grief.