The Sept. 12 game is being played in Jacksonville due to damage from Hurricane Ida in Louisiana. 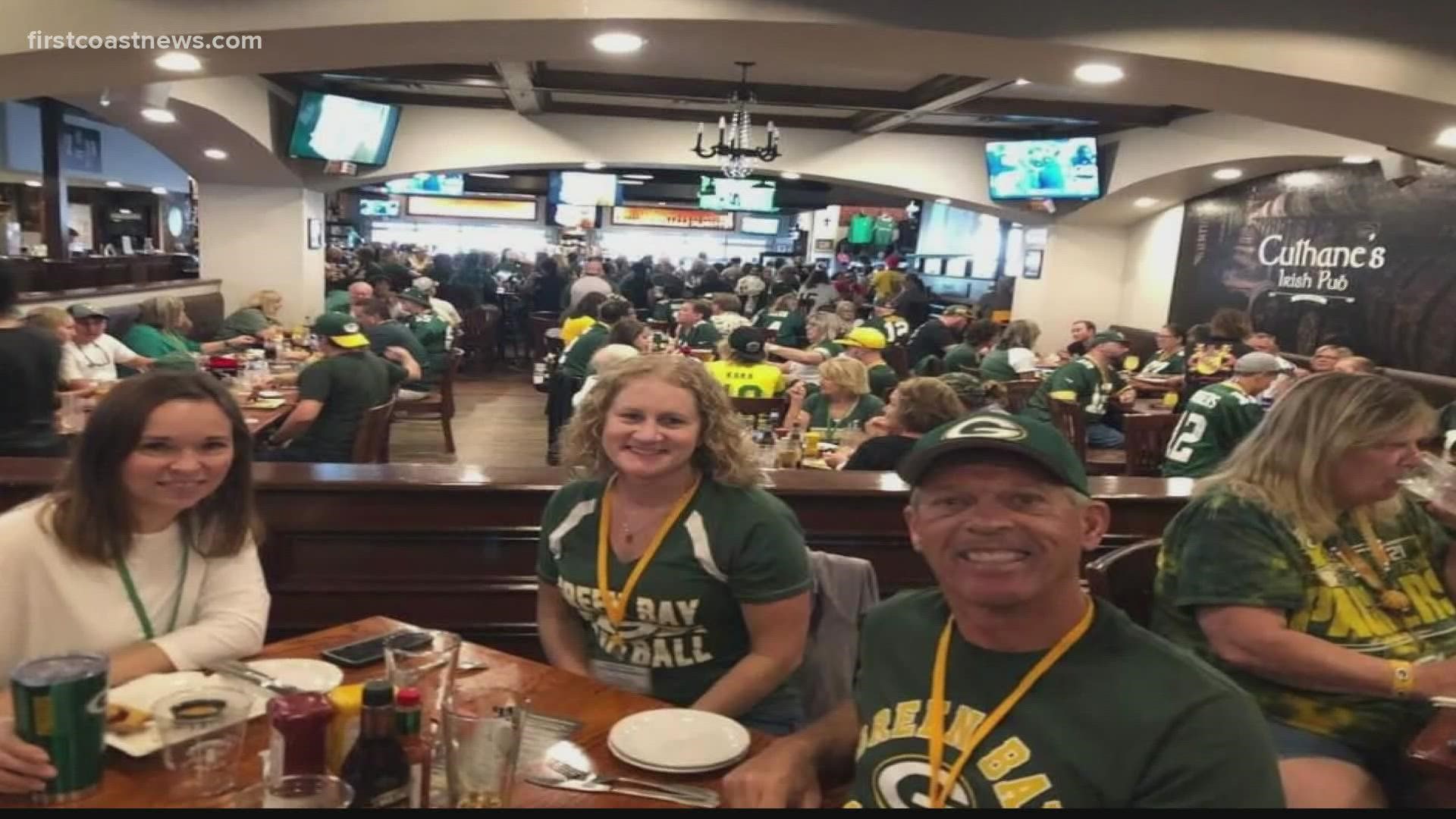 JACKSONVILLE, Fla. — The Packers-Saints game will be played at TIAA Bank Field on Sunday, Sept. 12 due to the devastation from Hurricane Ida in Louisiana.

The game is expected to bring a big boom to Jacksonville's economy with people staying at hotels, shopping, and going to restaurants.

“I have a lot of Packer gear, I have three drawers of clothing, and I change every day," Shirley Novak said.

“I have a jewelry box that is jammed full of bracelets, earrings,” Novak said.

She has a Packers mask as well.

“My shoes. Did you see my shoes?” Novak said.

Now Novak, a Wisconsin native, has the Green Bay Packers playing in her backyard.

“You’ve got to be kidding? I was so excited," Novak said. "I called the president right away.”

“We just get dressed up, and we come here. Here we jive, we talk, and we get along really good," Novak said. "I run around with a flag for every touchdown. I run around the whole place. Some people have to touch it, and some don’t.”

Novak has a stuffed cow that goes with her to every Packers game. It serves as her good luck charm. She says if she gets tickets to TIAA Bank Field, he’ll be at the game.

Culhane said the pub took a big hit due to COVID-19, and she's excited about the extra business during the game.

“I would say it would increase our sales by about 75 percent," Culhane said.

Culhane's will host people inside with a projector and 30 televisions, and the pub will also have a big party outside.

"I expect it to be like a St. Patrick's Day party," Culhane said. "The great news is we have the tent up, we have a portable bar, and we have a smoker ready. An outdoor party is what we're going to be hosting here at Culhane’s, so we are prepped."

Shirley was born in Wisconsin and is treasurer of the North Florida Packers Backers. The club watches games at @cipsouthside and is thrilled the @packers @Saints game will be played at @TIAABankField. Her excitement and the economic impact for Jacksonville tonight on @FCN2go. pic.twitter.com/1bJ87hhfyh