This gallery takes inspiration from the artists' firsthand experience visiting an area in Southeast Ohio where fracking is common. 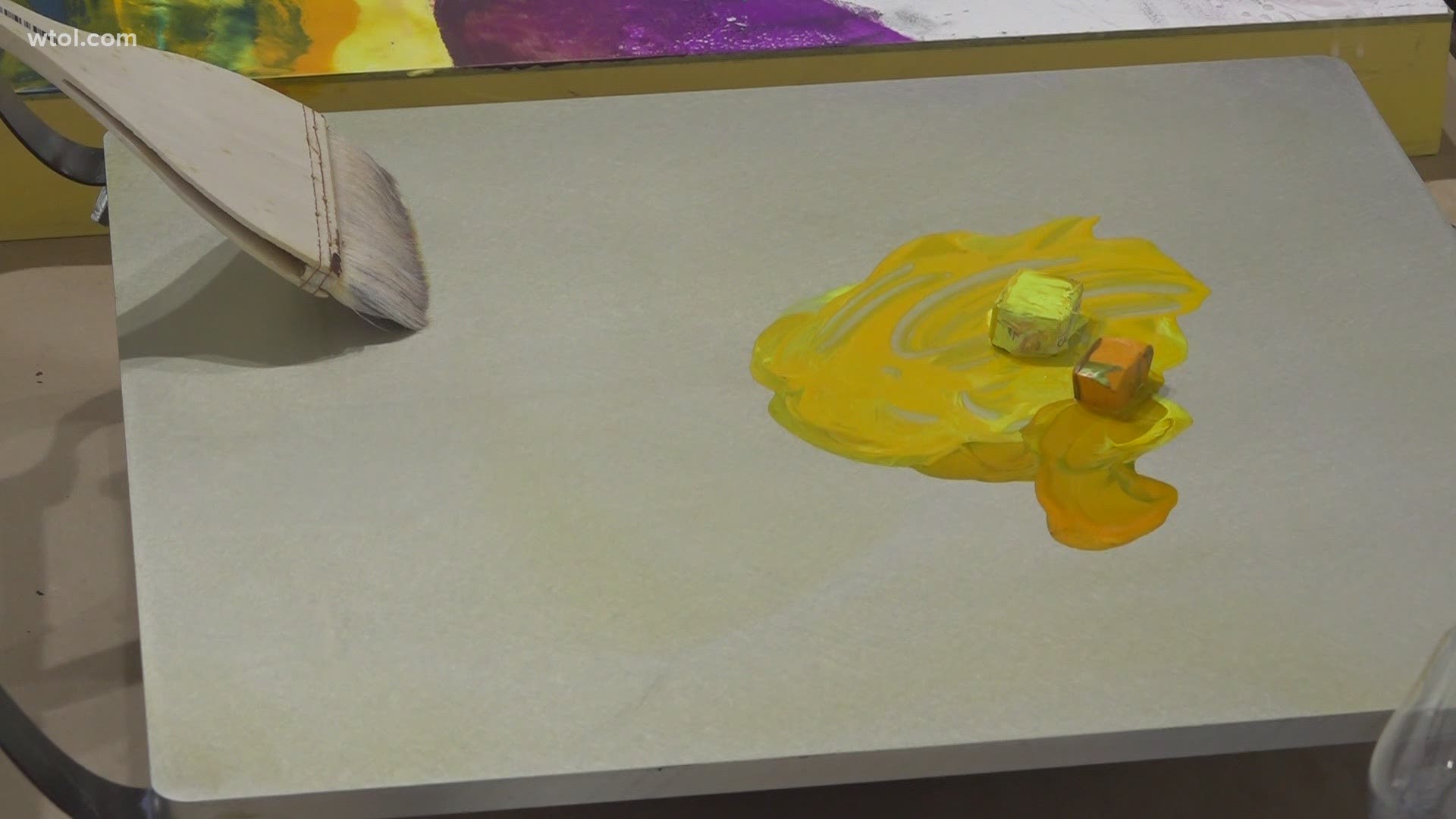 PERRYSBURG, Ohio — An art exhibit on display in the Walter E. Terhune Art Gallery at Owens Community College is bringing focus to the effects of fracking on the environment.

The temporary exhibit is called, The Heavens and Earth.

"Chemicals and things from that process are getting to everyone. Whether it be in the atmosphere or in the brine that comes up from under the earth, with up to 600 chemicals in it," said Beth Genson, Owens Community College artist in residence.

Fracking is a process of using hydraulics to break up the ground below the Earth's surface in order to gain access to natural gas and oil.

Although it's not a typical sight in Northwest Ohio, Genson says some of what's produced is transported around the state.

Genson says she takes inspiration from her firsthand experience visiting an area in Southeast Ohio where fracking is common.

"It just had such an impact on me, that I wanted to create some work that would speak to it, and also raise some money toward the project to further get regulation in Ohio," said Genson.

Genson says she wants visitors to come away from the exhibit with an understanding of the effects of fracking in our state.

RELATED: Go 419: The Top 11 Things to do in and around Toledo this weekend

By experiencing the gallery, she says you can help make change for the future.

"25 percent of the sale of any of the work goes to the freshwater accountability group. They are working hard to put regulation and legislation in Ohio to regulate the fracking industry here in Ohio," said Genson.

The exhibit will be on display until August 13th.

On Thursday, July 22, there will be a reception at the gallery to show the community the work and meet the artists. It goes from 5-7 p.m.

You can find information about the exhibit and reception here.