Joella Hamlin may have received the bad news twice, but she is not backing down when it comes to battling her breast cancer diagnosis. 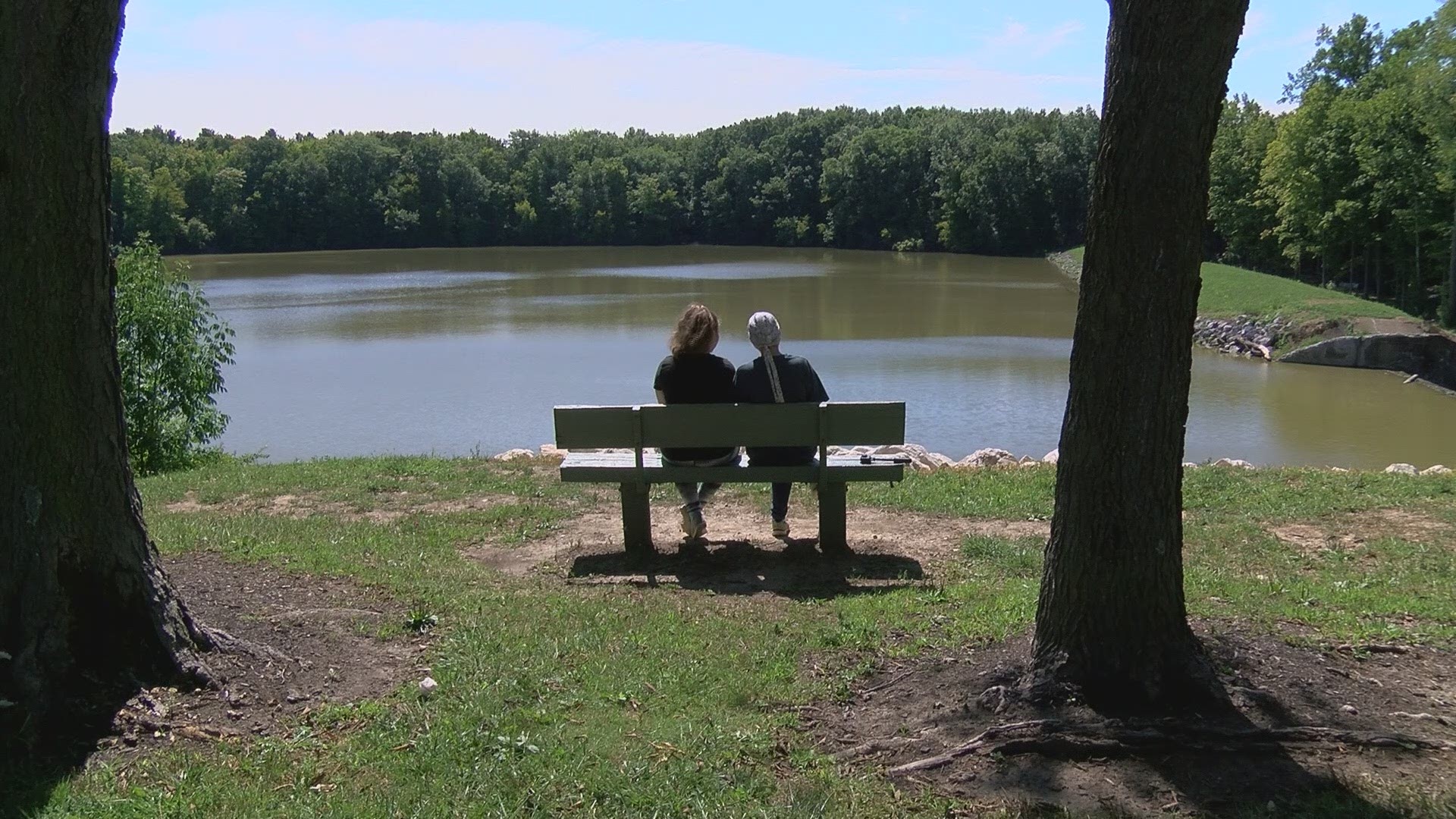 FINDLAY, Ohio — The Susan G Komen Race for the Cure will be virtual this year. The event in Findlay celebrates Joella Hamlin, who has beaten cancer once and now, has to do it all over again.

But she's not backing down.

"July of 2018, I found a lump. It was more on my chest wall, it was higher. It wasn't...I didn't expect breast cancer at all from that," Joella Hamlin said.

But it was. And that's when Hamlin was first introduced to the services of Susan G Komen. At the time, she didn't have insurance and Komen paid for that first mammogram; a test that found out the bad news.

Yes, it's breast cancer. So, the chemo began. Hamlin was determined and positive.

Sadly, Hamlin's father didn't survive his cancer. She stuck it out. And got thought the summer, when doctors had good news.

"Last August, they said OK, you're cancer-free, you're done with treatments. It was fun it was a happy time," she said,

But cancer can be stubborn. It doesn't always stay away for good.

"Over the winter, I noticed a lot of fatigue, a lot of issues cognitively, and there was something wrong. In March, they did my routine scans and found that I had metastasis in my lungs so that put me at stage four cancer again," she said.

Hamlin's daughter, Madison Van Wormer, nominated her mom for the Findlay's Komen 'In Celebration Of...' accolade. She and her brother have gone to doctor visits. and seen first hand their Hamlin's resolve.

"I nominated her because she really deserves it and I couldn't think of anyone else to nominate and (who would be) better for it than her," Van Wormer said.

RELATED: Join the fun online festivities and be a part of Race for the Cure virtually!

"They said if this doesn't work, I'll probably have six months. So, I'm gonna pray that this works and I can get those years. I wanna see my daughter graduate college. I wanna see my son start a family I wanna see grandbabies so that's my goal keep kicking as long as God lets me," Hamlin said.

MORE RACE FOR THE CURE STORIES: